Home News Meet the new NFT shooter everyone is talking about: Battle Hero 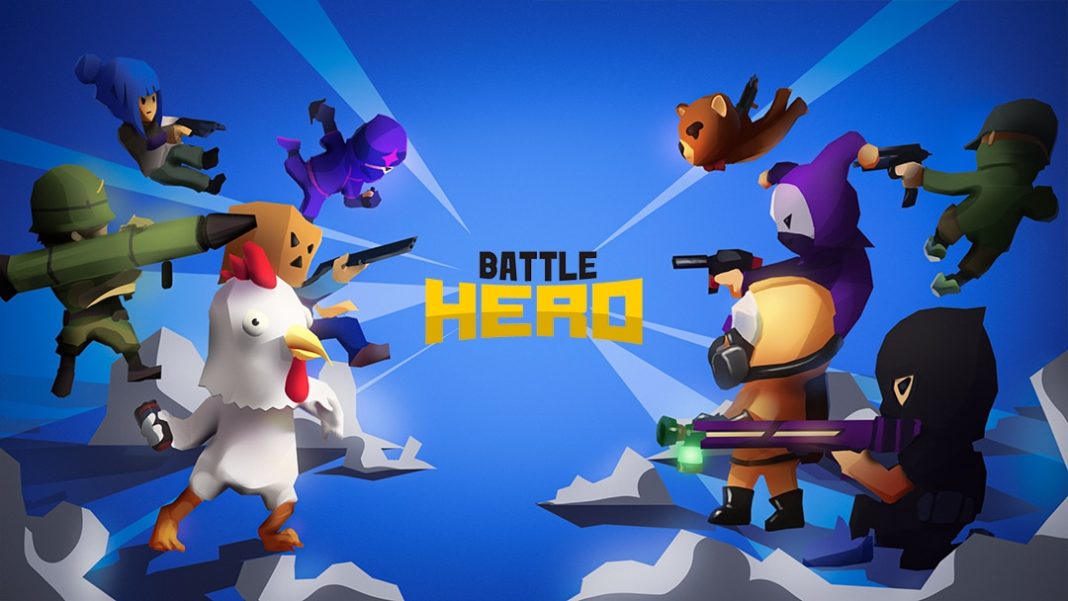 Battle Hero is a new NFT shooter, play-to-earn, in which you can play without making any investment and will reward every minute you spend enjoying the title.

The game was created by Be a Lion, a group of Spanish developers, who originally wanted to launch the game as a free-to-play for smartphones but decided to go up to the Battle Hero on the blockchain wave, non-fungible tokens and the play-to. -earn.

Now in a simple but eye-catching style, the game attracts players from various forms of play, staking, and its various ways of obtaining rewards, such as through speculation within the Marketplace.

In addition, the title will reward based on the time that the players dedicate to the game. So the more hours you enjoy Battle Hero, the more BATH tokens you can earn without losing the fun.

The economy of Battle Hero

Battle Hero will have two tokens: BATH and PE. The BETH is a BEP-20 cryptocurrency, based on the Binance Smart Chain, with a supply of one billion units, and will be the basis of the entire game economy, as it will be used for each purchase and sale within the title.

For its part, the PE will be an internal token that will not be listed on any exchange and whose value will not be altered, nor can it be transferred.

The function of this asset is to be the exchange currency to obtain BATH within the exchange of the game itself.

But not only that, the future of PE will be exciting, because it will allow you to buy skins, create your own Battle Hero clan and much more.

Each PE is equal to 0.2 BATH on the Battle Hero exchange, not counting the 5% commission that the exchange will charge.

The heroes are the characters of Battle Hero are called hero and, like weapons, they have a unique gene that defines them and places them in one of six levels of rarities (Common, Little Rare, Rare, Epic, Legendary and Mythical) , giving them four different stats.

Each rarity has a 30% margin of difference. So each Hero, regardless of its rarity, will have better or worse statistics, causing there to be better NFTs than others.

Heroes excel on some base stat. Some, by their nature, will be faster or perhaps have more life.

In the list of available heroes there are Alien, SuperWoman, SuperMen, Bear, Chemist, Chicken, CowBoy, Hero, Jester, Knight, Ninja, Machine, Lord X, Samurai, Sniper, Soldier and SpaceX, although this list will be expanded.

The latter thanks to the unique gene system that the characters have, which will allow millions of possible combinations between all the heroes and rarities.

But not only that, because it can also be combined with different weapons, in the way that is best desired, thus increasing its rarity, power and value in the market.

And is that the weapons and hero are completely independent. Which means that you can join any arm with any hero and disjoin them at zero cost, as many times as you want.

To date there are 20 completely different types of weapons and, like heroes, they have five different rarities.

Each weapon stands out in some base stat and that is why they can be faster or perhaps have more life.

With this diversification, the greatest possible fun is sought, as there will be thousands of possible combinations, such as a hero with few statistics, but with a very powerful weapon.

The Battle Hero training / stacking mode will allow you to increase the potential of the heroes and their weapons, after leaving them training for 24 hours to obtain rewards.

In the heroes and weapons you can see the training levels and, depending on the unique gene of the NFT, you can have a value from 1 to 99, which will be the one that will determine how much XP can be farmed in 24 hours.

This function, which will be available on October 20, the same day the token will be listed, can only be used by making Hero + Weapon unions, regardless of rarity. A hero will not be able to train on his own without his weapon, and vice versa.

The title offers six training slots. Which would make a total of six heroes and six weapons, to fill in the six free training gaps. Although you can buy more slots, up to a maximum of 60 per account.

The training process is very simple, simply add the heroes, with their respective weapons, to training and wait 24 hours. Once this time has expired, the corresponding PE of each NFT can be claimed.

Training can be stopped at any time to add more NFTs. But, this resets the training.

Chests will be an essential part of Battle Hero. To open any chest you will need the BATH token.

The three types of chests (standard) that will always be available will be weapons, heroes and dual.

But, no matter what appears on the chest, each NFT can be sold on the Battle Hero Marketplace, a decentralized exchange where users can buy and sell any item in the game, without leaving the platform.

There, you can only buy and sell non-fungible tokens with the BATH cryptocurrency.

At the opening of Battle Hero to the public, the NFT marketplace, chests and stacking will now be available. So the game will be 100% functional.

However, long before that, the BATH token will be accessible during an initial sale.

This October 13, the gleam.io raffle ends for the WhiteList; The next day the airdrop winners will be listed and they will be able to buy BATH at 0.005 BUSD, starting on October 15 at 19:00 UTC.

The public IDO of the asset will begin on October 19, at a price of 0.01 BUSD per BATH

For October 20, the BATH token is scheduled to be listed on an exchange and that same day the BattleHero will be opened to the public.

The departure of Battle Hero (Stacking, Marketplace, Chest Purchase …) will be at 19:00 UTC.

The game will be available for Windows, MacOS, Linux, Android, and iOS.