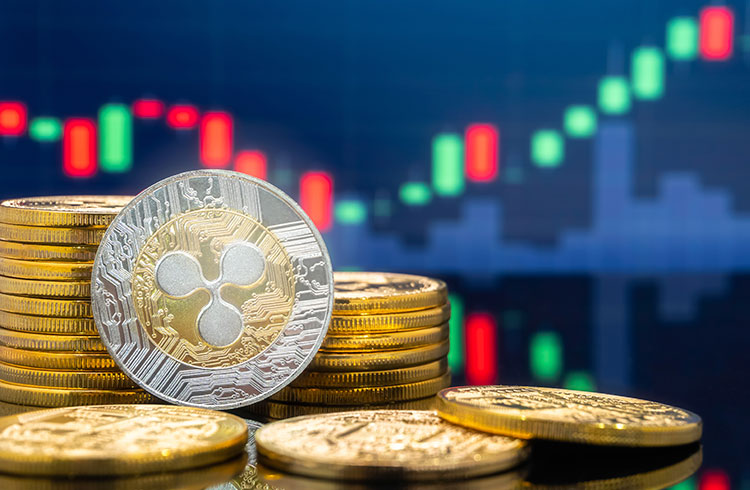 While there are legal prospects favorable to Ripple in its legal dispute with the United States Securities and Exchange Commission, the SEC, the outlook is not positive for the XRP token, which is at the heart of the legal discussion.

According to analyst Yashu Gola, it is possible that the price of the digital asset will fall by around 30% by the end of this year, even with an eventual decision in favor of the XRP issuer.

This is because, according to him, the global macroeconomic scenario should continue to affect not only the token, but the crypto market as a whole.

Does XRP go up or down?

According to Gola, the XRP/USD pair dropped to $0.35 (about R$1.80) on Monday (19), with intraday performance indicating a growing bias conflict among traders.

“The indecision may be due to XRP’s exposure to other catalysts than the SEC vs. ripple. That is, the potential for the Federal Reserve to raise its benchmark interest rates by another 75 or 100 basis points at its September 20 policy meeting,” noted Gola.

Based on this, it is believed that more losses are to come for XRP. And it’s not just Yashu Gola who believes that. Market analyst Cheds highlighted that XRP has been floating within a rectangular range since June. So “there is nothing to get excited about” at the moment.

Where does the price of XRP go?

“Interestingly, a move towards rectangular range support can also trigger a classic bearish reversal pattern called head-and-shoulders, defined by three consecutive peaks that form at the top of a common support level, with the peak of the half (head) taller than the other two (left and right shoulders),” he noted.

As Gola highlighted, applying this theory to the daily XRP chart places $0.242 (R$1.25) as a negative target. In other words, the price of XRP could lose another 30% by the end of this year.

At the time of writing this article, the price of the token is at BRL 1.94, after having dropped more than 5% in the last 24 hours. It is noteworthy that the current price is more than 80% below the historic record of BRL 11.16 reached in January 2018.

Also read: NFT Day: discover the date and collection that will give you free NFTs