Home News Who will pierce the ceiling first: Bitcoin or Bolsonaro? – Market... 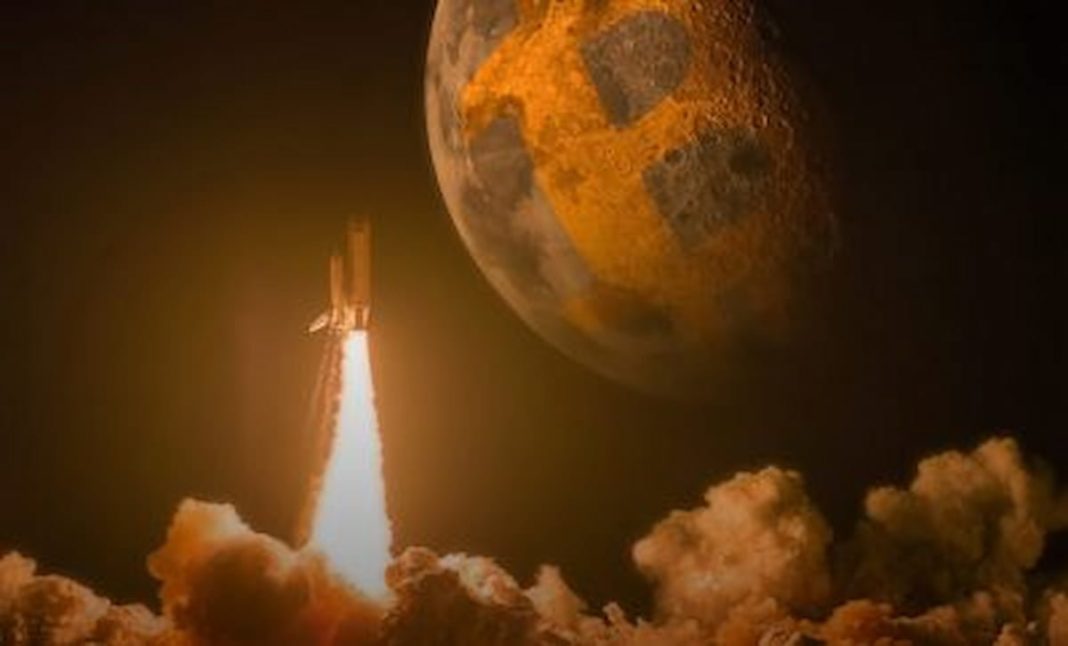 This Thursday (21), after Bitcoin (BTC) has left the troposphere, it enters the next layer, closer to the moon – exactly at US$ 66,327 according to CoinGoLive.

The capitalization of the entire cryptocurrency market has also increased to nearly $2.8 trillion. As the skyrocket climbs, altcoins are not intimidated and make significant gains in 24 hours.

While the rocket goes beyond the layers of the Earth’s stratosphere, the president of Brazil is only thinking about piercing the roof. Dollar reaches R$ 5.60. More details about the rocket’s take-off, read this in the Market Summary.

Bitcoin closer to the stratosphere

After the long-awaited US Bitcoin ETF was approved by the SEC, everyone already knew that the price of Bitcoin would surpass the top made in April of this year. They just didn’t know when.

The new record set yesterday at the $67,000 mark is still consolidating into the one-week candlestick, but everything indicates that the path to the moon is promising, as Ecoinometrics says.

According to data from analyst firm Ecoinometrics, which assesses Bitcoin’s risk level, the aggregate risk score now places us in an aggregated low risk market that is not overheated.

“BTC is making a new ATH while the market is not yet overheated…this is promising,” comments from @Ecoinometrics.

Bitcoin’s market capitalization is above $1.25 trillion, but its dominance has dropped a bit as altcoins have lost their shyness.

Brazil Aid will go into effect and will break the spending ceiling; Minister Paulo Guedes knows this. But it seems that the Minister of Citizenship and Bolsonaro do not want to convince themselves of the reality.

Rome stated that one of the mechanisms that the government is exploring to make the resources viable is the approval of the PEC (Proposed Amendment to the Constitution) of the Precatório, according to the newspaper Poder360.

Driven by statements such as President Jair Bolsonaro’s that “no one is going to break the ceiling or mess with the Budget”, the Ibovespa was also convinced with all this leaky ceiling, that is, bullshit and closed the negotiations close to 111,000 points.

The commercial dollar hit R$5.5208 at its lowest, but closed at R$5.5583, a low of 0.65%. It is worth noting that the Central Bank held two exchange rate swap contract auctions yesterday and sold the equivalent of US$ 1.2 billion.

For you to understand: this instrument aims to reduce the demand for the dollar in the country. Unlike the spot auction, in the Exchange Swap Auction, the BC allows the investor to change the index of a contract that is adjusted by the Selic, for example, by the variation of the dollar for a certain period of time, defined by the contract.

“In theory, if the investor believes in the dollar’s appreciation for that period, he will have the dollar’s rate of return without needing to buy the dollar. It is a strategy of the Central Bank to discourage the purchase of the currency in cash”, says Mauro Rochlin, economist and professor at FGV.

Ethereum (ETH) and Solana (SOL) were the top altcoins that rose more than 10% in 24 hours. Ethereum, for example, the crypto with the most potential according to billionaire Mark Cuban, trades above $4,200 and grows nearly 20% in 7 days, according to CoinGoLive.

The cumulative market capitalization of all cryptocurrencies jumped to $2.79 trillion.