Home News When there is freedom, there is progress for women 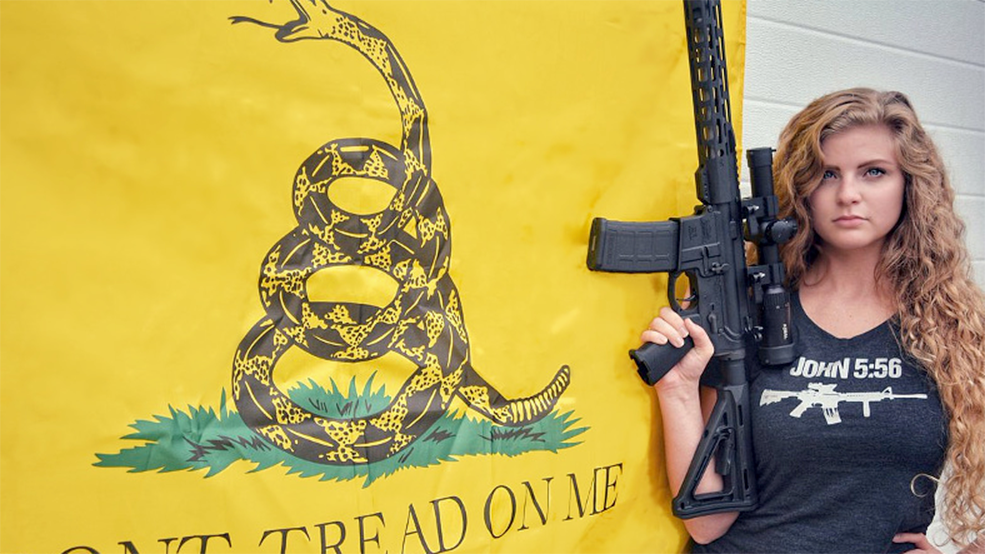 After months without writing for Cointimes and witnessing by far the most scandalous political and economic bizarre in the world, here I am again. I'm back, I don't know if to stay! But as long as I'm here I will continue to play the wild card, basically not choosing sides unless that side is freedom and speaking ill of everybody maybe at some point even freedom. Having made the considerations, let's get down to business.

Today is women's day! I could make a very cute acrostic and fill it with words that have fallen into popular taste and that, therefore, have already lost their meaning – because that is what usually happens when we need to organize the semantic meaning of words too much – such as “empowerment”, “ gender ”and“ machismo ”, or whatever the buzzword is.

Women forgotten by the media

Instead – and that's a good thing, because I wouldn't like it – I want to bring you a little bit of information that the media won't release today.

Did you know, for example, that Maud Stevens Wagner (1877 – 1961) learned to tattoo with her husband and together they spread this culture throughout the interior of the USA? She was also the first professional tattoo artist to be known.

Marie Curie (1867 – 1934), a very important figure who discovered two elements of the periodic table (Polonium and Radio), was twice winner of the Nobel Prize in Chemistry.

And how about Sister Miriam Joseph (1931 to 1960), PhD and author of Trivium (grammar, logic and rhetoric) one of the essential books for the academic education of a whole generation.

And what about the “Iron Lady”, Margaret Thatcher (1925 – 2013), the first woman to occupy the position of Prime Minister of the United Kingdom and who faced high levels of unemployment due to the recession.

Perhaps you have heard of one or the other, and if you know them all congratulations, but it is true to say that few people know their stories. What is told today about women hardly includes them. And when it does, it does not expose all your ideas very accurately and transparently.

Why? Because we are “addicted” and “accommodated” with Joana d'Arc, Simone de Beauvoir and Maria da Penha.

Simone de Beauvoir, for example, was someone who said that “Women only won what men agreed to give them; they took nothing; they received ”.

She said that because she thought and rightly so it was absurd for women to stay at home taking care of the children while their husbands worked. Have you noticed that most of the television programming is directed to the female audience? This is even more evident in the morning, because it is known that at this time housewives are doing their chores. the Fatima Bernardes program will not pass until dawn. I wonder why?

But the media is magic in not saying that and does everything to sum up Beauvoir to “Nobody is born a woman, she becomes a woman”.

Women always worked, always held civilian positions, always had their share in economic participation. What hasn't been around forever and that's changing is the formal recognition that participation.

Priestly and religious activity in the East until just over two thousand years ago was almost exclusively female. The textile industry was mostly female, nursing and hospitality have always been mostly female.

Women have always participated actively in the world economy and even though they are aware of these facts, many still continue to propagate the idea of ​​extreme fragility and place women in the position of victims of an almost demonic male entity.

The myths and clickbaits about women

Yes, there are biological differences between people and this at times also influences and extends to decision making, governance, etc. But then, using that as a crutch is another five hundred.

In this text we will analyze something simple, but a great buzzword that is repeated every year on this date:

Women study more and earn less than men, even though they are the majority.

The statement clearly clickbait makes several assumptions that, if not seriously asked, will build very harmful thinking. Without minimally serious delays the conclusions will be:

Bad? MUCH!
Now with serious questions that would take the conversation to another level:

Why is it so important to ask questions like this?

Because society as a whole lives a process of chronic dullness that is very well used by people with bad intentions. A lot of people don't like to read and those who do are surrendering to reading 20% ​​of a text. This is falling more and more and today it has been limited to just titles. That is why the immediate conclusions without reading a subject that had this title would be the six points I mentioned.

Okay, Ronaldo! Understand! But what then causes a decrease in the interest of women in the areas you mentioned? Wouldn't that be the patriarchy?

At first I would say no!

We do not understand patriarchy as a system where leadership, the concentration of power and other areas of influence are masculine and without the possibility of female ascension by the mere will of men.

I am sorry to disappoint, but that is not what we are experiencing and we cannot take isolated cases as the definition of an entire society.

But it still exists, and it must be mentioned, there is still a lot of prejudice, harassment and disrespect. As clever as it may be, a woman will think twice before accepting to face three hours by bus and subway to go to a construction site or any environment that already has many men, to listen to the imbecilities of some perverts.

Although there is a whole legal certainty that theoretically should be applied to everyone, we know that justice in this Brasilzão de meu Deus is very questionable.

On the other hand, we have the employer, who needs to reconcile a huge tax burden for hiring and maintaining an employee. At all costs, an employee costs almost twice as much for the employer. Obviously your choices will lean towards a delta where the employee can donate for longer, do more overtime if necessary, start work earlier.

Do you realize that there are countless variables to be considered on both sides and that are ignored by the media? Without such considerations, the headline that will be sold will always be the same jargon without a filter. Women earn less because “patriarchy”, because “machismo”, because so-and-so, beltran, cyclan… And so on.

And so? Do you come here to hit and run without a solution?

Well, the solution is not the simplest thing in the world, but it is possible to point to one word: freedom.

In a freer market, an employer and employee in common agreement could define the workload, salary, rules of coexistence, etc.
Imagine that previously agreed, employee and employer could also define maternity leave, vacation, etc.

Less intervention by a regulatory body and less taxes it would give more freedom to negotiate not only the salary, but everything that involved the hiring.

And if an “evil capitalist entrepreneur” tried to exploit his employees by paying, for example, less to a woman than to a man for the same attributes, in a free market other companies would offer better working conditions because all a businessman wants is profit and will do anything to have the best professionals with him.

On harassment, abuse and wage disparity:

Women and men want healthy environments to work, they want money, recognition, the possibility of growth and financial security. Everything that do not want it is an authoritarian environment, of exploitation, abuse and disrespect.

If this happened in a freer market, the employer could more easily dismiss an employee. At first, even if by authority, fear would make people respect each other more, but this would evolve over time to an environment of respect and collaboration.

Do not believe the fallacy that those who are afraid do not respect. This is the kind of don't touch me behavior that delays education with regard to social interaction in various spheres of society.

This text is not intended to judge the need, usefulness or efficiency of movements in favor of women's rights. Here I exalt her image for her strength, dedication, intelligence, determination and contribution.

I also exalt great women who in the past transformed the perimeter around them, not because of victimism or because they think the world owes them something for the simple fact of being women, but for the initiative to fight for the freedom of all, whether through the arts, science , politics, etc.