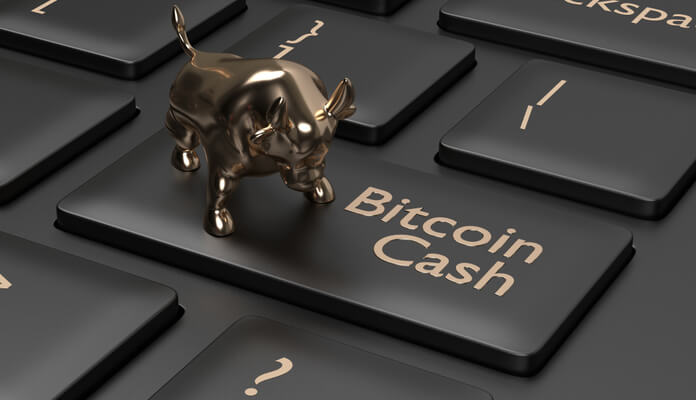 Regardless of your experience in this market, the 70% rise in Bitcoin Cash (BCH) from the beginning of 2020 to today is impressive.

The currency, which rose by more than 140% this year, is the 4th largest cryptocurrency in circulation, with a market value of R $ 25 billion.

Despite being a fork, sent free to those who had Bitcoin at the time of the event, in 2017, the coin has its own team of developers, miners and partnerships.

Why this Bitcoin Cash performance?

The recent increase in hashrate, computational power that protects the network, together with the proximity of the halving, can certainly be considered as fuel.

As with Bitcoin, the halving it is the instrument for controlling ‘inflation’, and Bitcoin Cash (BCH) should take place around April 8th. The expectation is for a price increase due to this reduction in the creation of new currencies.

Although this halving Be the first Bitcoin Cash (BCH) independently, the history of this Bitcoin event in 2012 and 2016 was spectacularly high.

Anyway, it is important to remember that we are talking about a different currency, with a different market dynamics.

What about hashrate of Bitcoin Cash?

Despite having a different mining algorithm than Bitcoin, the most modern mining machines (ASICs) manage to switch between them.

When there is a high, or expectation
of price improvement, these miners migrate quickly to Bitcoin Cash
(BCH).

This creates a positive cycle, as
the greater the network security, the more investors feel comfortable buying,
feedback to the demand for mining.

What
It is being developed?

A few weeks ago a strong
debate about a potential taxation of miners in order to fund the mining team
programmers working on Bitcoin Cash code and some projects
considered essential.

Although there was no consensus, the
team behind the Bitcoin ABC software, one of the most used on the network,
said it will proceed with a 5% charge from the upgrade
scheduled for May 15th.

It is too early to know which side will have more support from users and miners, but it is something that should remain on the radar until then.

José Artur Ribeiro is CEO at Coinext. Economist graduated from Università di Roma (Italy) and investor in cryptocurrencies since 2014. He has more than 15 years of experience in leadership positions. He was CFO of Hexagon Mining and CFO of Vodafone Brasil. He also worked for multinationals such as Airbus Industries (France) and PricewaterhouseCoopers (Italy and Brazil).