Home News What is Ethereum mining and the machines used in the process? 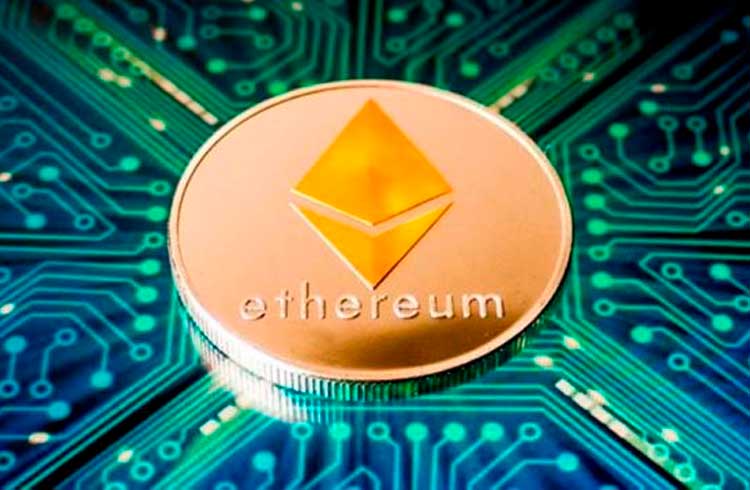 Mining Ethereum and other cryptocurrencies is one of the most exciting activities in this market. In the topic about Bitcoin, we already know a little about how mining works. Created by Satoshi Nakamoto together with Bitcoin, mining is the name by which the process of issuing new digital currencies is called.

However, there are thousands of cryptocurrencies today, and each has its own type of mining. Ethereum, for example, has a completely different system. In addition to the differences, there may be changes in the forms of mining. Ethereum itself went through a similar process in December 2020.

With that, the mining of the second largest cryptocurrency in market value will have significant changes in the coming years. To understand these changes, you need to know how mining works. This text will take you step by step on how to mine ETH and what steps are necessary to do so.

First, let's understand how the mining process works. In a simplified way, it involves solving complex codes produced by a cryptocurrency network. The goal of all the machines on the network is to compete with each other, seeking to find the code solution as quickly as possible.

These codes are proposed at random and their results are obtained in the form of hashes. Hash is a random combination of letters and numbers that proves that the machine in question found the code. As this process requires a large amount of energy, it is said that the machine "employed work" to solve the problem.

After that, the machine discloses to the network the hash code that proves the resolution. This code is the proof of work performed by that computer. When this happens, new cryptocurrencies are generated on the network and whoever solved the code receives part of those coins as a reward.

The mining proposal described above is called Proof of Work (PoW). It is the same type of mining used in both Bitcoin and Ethereum. However, there are some minor differences between the two, especially in the system and the type of equipment used to mine.

For example, mining of Bitcoin blocks occurs on average every 10 minutes. The reward is 6.25 Bitcoins per block plus mining fees. And for every 210 thousand blocks (about 4 years), the reward drops by half due to halving. At Ethereum, this data is different.

The first difference is the mining time of the blocks. At Ethereum, each block is mined in about 12 seconds on average. That is, a much faster process than in Bitcoin. However, the reward for the Ethereum blocks is less: about 3 ETH per block, including fee amounts.

Consequently, the ETH supply in circulation in the market is greater than that of Bitcoin. At the time of writing, there were about 18.6 million Bitcoins in circulation. The amount of ETH is about 114 million, more than 6 times higher.

Like Bitcoin, Ethereum also has its process of cutting the reward of the blocks. However, Ethereum's halving is different. In the case of Bitcoin, the process is quite clear: for every 210,000 blocks mined, Bitcoin's reward drops by half. This will happen until all Bitcoins are mined.

In the case of Ethereum, changes can be made to the protocol to control the rate of issuance of new currencies. This decrease can be made to control the annual issue of new ETH, for example. The reduction in rewards can be done according to the graph of growth of the ETH offer. But there is no certainty about the exact amount to be reduced and how often it will be done.

For example, Ethereum's initial reward was set at 5 ETH per block. It was reduced to 3 ETH when the Byzantium update was released in October 2017. But there was no specific halving for this. It is important to remember that Ethereum blocks can be extracted in about 12 to 14 seconds, against up to 10 minutes for Bitcoin. Therefore, the rate of issuance of new ETHs tends to be higher. Summing up:

Another difference between Bitcoin and Ethereum mining is the type of equipment used in the process. In Bitcoin, small-scale mining has become very expensive and practically unviable. Today, only very powerful machines, such as exclusive application circuits (ASICs) can carry out this process efficiently.

As a result, Bitcoin mining became quite expensive. After all, machines equipped with ASICs tend to have a very high price. For many people, this poses a risk of “centralization” of Bitcoin mining in the hands of a few companies, going against the idea of ​​decentralizing the process.

On the other hand, Ethereum maintained mining in a decentralized manner through the use of lower cost equipment. ETH mining can still be done using graphics cards (GPUs). Although expensive, these cards are more affordable than ASICs, in addition to consuming less energy.

Even if they are more economical, setting up a mining company with GPUs is still a high investment. This is because ETH mining cannot be done with just one of these plates. Therefore, it is common for miners to need to acquire several units in order to make a profit from the activity. This movement has even made video card prices soar in the past due to high demand.

The Casper Protocol will migrate the Ethereum network from proof of work (PoW) for proof of stake (PoS). With that, anyone can save their ETH on the network and become a validator receiving dividends for it. This was already partially implemented on the network in December 2020, with the activation of Ethereum 2.0 (ETH 2.0).

Promised years ago, Ethereum 2.0 is one of the most promising updates in the second largest blockchain by market value. With its emergence, ETH mining gradually began to migrate in format. PoS is gradually replacing mining via Proof of Work. Here are some differences that ETH 2.0 brought:

With the new update, miners will be replaced by validators. These members will make an ETH “savings” in their accounts. In turn, the value will be used to validate the blocks in the network. To become an Ethereum 2.0 validator, the user must bet a minimum of 32 ETH.

Each time a block is found by the network, the validator that found it will receive an amount of ETH. The staking reward is rotating between 3 and 4 ETH until the publication of this text. In reais, the value is equivalent to approximately R $ 11.6 thousand to R $ 15.6 thousand, at the current price.

However, it is not necessary to have all this capital to start making PoS. There are some mining pools that allow entry with lower values. They join small fractions of several people until they reach the minimum limit required to validate the blocks. The gains of the validated blocks are divided among the participants, according to the amount deposited by each one.

With PoS mining, the idea is to further decentralize the ETH mining process. PoS does away with the use of expensive equipment that consumes excess electricity, for example. With this, it makes mining cleaner, as it does not release as many pollutants into the atmosphere.

In summary, ETH mining has undergone several changes in recent years. Today it is on track to become fully PoS. If you don't have the money to purchase mining equipment, the alternative of validating the blocks can help you participate in the network.

Also read: What is an Ethereum portfolio and how does it work?

Also read: How to mine Bitcoin? Understand how BTC mining works