Home News What happened to A2 Trader after a year? 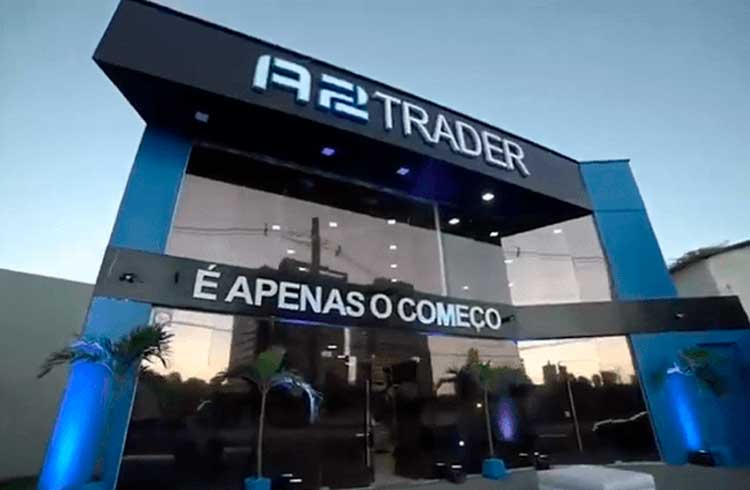 A2 Trader is a company that promised customers great financial returns on alleged Bitcoin investments. Its owner is Kleyton Alves, who has not paid investors since mid-2019.

Both Alves and A2 are investigated by the Rio Grande do Norte Public Ministry. The agency investigates the occurrence of fraud and the formation of a financial pyramid.

It is estimated that the company has injured more than 20 thousand people, causing a total loss of R $ 7.5 million.

Understand the history of A2 Trader

The promise for those who wanted to bet on A2 Trader and enter the scheme was 4% daily profits on investments in cryptocurrencies.

Supposed bonuses, referrals and other benefits were also part of the A2 Multilevel Marketing offer.

Also known as A2 Trader Investimentos, the company and its owner did not have authorization from the Brazilian Securities and Exchange Commission (CVM) to act.

Therefore, in September 2019, the municipality opened an Administrative Process to investigate A2 operations.

About two months later, in November, Alves announced the end of the company. In the same month, the A2 headquarters was invaded by investors who invested in the company, but who were struggling to recover it.

In addition, customers were outraged by Kleyton Alves' statements about the company's closure.

On social media, the owner of A2 reported that the company had come to an end. However, it did not make it clear whether it would return the investors' money or not.

Thus, during the invasion, customers stole computers, minibars, televisions and other goods – in addition to depredating the facilities.

In January 2020, Alves said on Instagram who had won a lawsuit against Urpay. According to him, the platform that processed withdrawals from investors would have blocked A2's R $ 9.8 million.

Then, to settle the delays, he said he was only waiting for the sentence to be enforced.

Also in January, the Public Ministry of Rio Grande do Norte opened a civil investigation to investigate A2 Trader e Alves.

This is because, according to the agency, there was “information on the practice of a financial pyramid, through the payment of values ​​to people by recruiting other people for the scheme”.

Shortly thereafter, in March, Kleyton Alves returned to social media to reassure investors that their money was still with Urpay.

In addition, he commented that there were 21,500 A2 Trader investors to receive around R $ 7.5 million. At the time, he also said that he himself had R $ 2 million “arrested” at Urpay.

Even without paying investors, Alves started promoting, in April this year, a new business.

According to him, 3l Investimentos is the “best company in the forex market, with the best solutions for its investments”.

His promise was to use 3I's money to pay for A2's losses, but apparently, it didn't.

On the Reclame Aqui platform, there are complaints against Alves and companies A2 and 3I. One was made about a week ago and says:

“I invested in the A2 trader 15 thousand reais and I never saw the color of my money. Kleito Alvez da silva (sic) is opening other companies to deceive and (Edited by Reclame Aqui) more people. ”

Another complaint explicitly mentions 3I Investimentos. The investor complains that Alves did not fulfill his promise to pay customers injured by A2 with money from 3I:

"After the closure of A2trader, Mr. Cleiton Alves opened another company by name to 3i Investimentos and promised that, with profits from this new company, he would gradually pay the A2trader depositors who until today also paid no one (sic)".

Read also: Proceedings against Unick partners will resume in January

Also read: My Foot Bitcoin Company is investigated by the Public Ministry