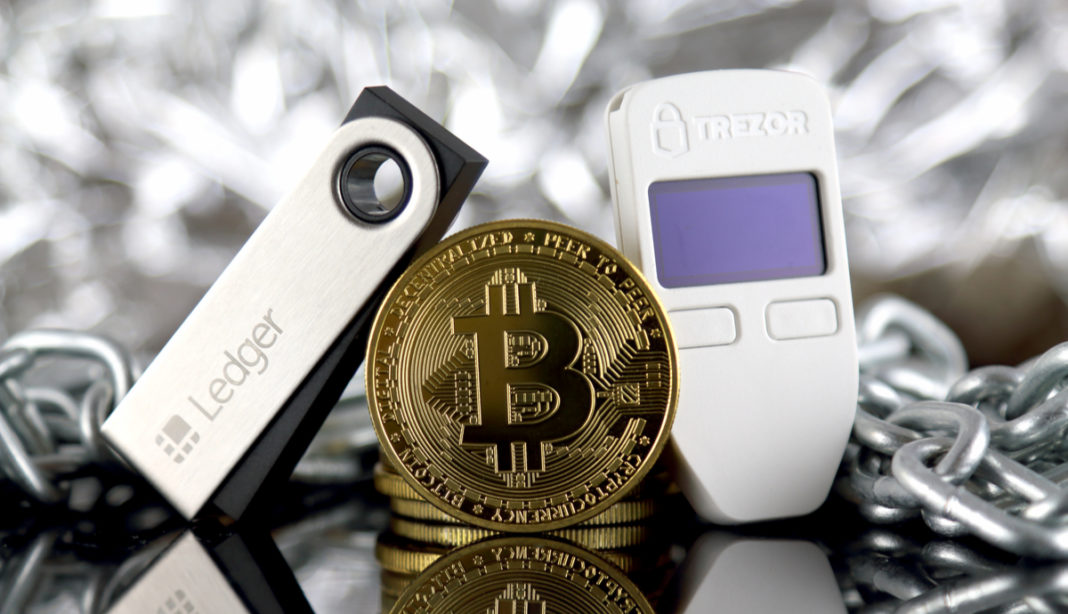 When it comes to securely storing cryptocurrencies, physical wallets are widely considered to be the most reliable.

This type of hardware wallet keeps the private keys that give access to your cryptocurrencies stored in a secure offline environment — meaning that, unlike software wallets, they are completely immune to online attacks. The best hardware wallets are also resistant to physical tampering.

Physical wallets are ideal for those who want to securely store a substantial portfolio of cryptocurrencies. They are also an excellent choice for anyone looking to store their cryptoactives for the long term, with little need to access them regularly.

Currently, there are dozens of options on the market, each with its pros and cons and a target audience; we’ve brought together some of the top candidates.

First launched in 2019, Ledger Nano X is one of the newest portfolios on the market. A step ahead of the old Ledger Nano S, the Nano X features enhanced internal memory, allowing you to store up to 100 apps instead of the two or three that the Nano S could manage.

It also has a revamped design with a larger screen and Bluetooth support — letting you sync your device wirelessly with the Ledger Live mobile app.

Like its predecessor, the Nano X supports a wide range of cryptocurrencies and is one of the most portable wallets available, making it ideal for those on the go.

A number of firmware updates since the release of Nano X have added features, including streamlining the update process for the device and adding full support for Ethereum 2.0.

Trezor Model T is SatoshiLabs’ latest entry into the physical wallet market. The Model T is similar in design to the older Trezor Model One — albeit with a larger touchscreen interface and support for a much wider range of cryptocurrencies.

Though expensive, the Trezor Model T is considered one of the best physical wallets on the market, especially for those concerned about the security implications of the Bluetooth connectivity that many of the newer flagship wallets come equipped with.

In July 2021, Trezor Suite was launched, a complete desktop application that replaced the Trezor Wallet web application as the main interface for Trezor wallets. This makes the user experience more streamlined and secure, with features including one-click Tor integration and the option to purchase cryptocurrencies and send them directly to your physical wallet.

One of the most popular physical cryptocurrency wallets on the market, the Ledger Nano S is an attractive and easy-to-use option, suitable for those looking for robust security on a limited budget.

A major firmware update of May 2021 streamlined the wallet access process by giving the user the ability to choose four words when confirming their recovery phrase, rather than forcing them to enter all 24 keywords.

The update also added the Nano X Control Center feature; a long press on both buttons takes you to a menu that lets you adjust settings and delete apps on the device, without having to use the Ledger Live desktop software.

First released by SatoshiLabs in 2014, Trezor Model One was one of the first hardware portfolios to hit the market. Despite its age, Trezor One still impresses with its security features, support for a wide variety of cryptocurrencies and compatibility with dozens of external wallets.

As one of the oldest wallets on the market, Trezor One is attractively priced while remaining some of the best options in terms of features.

Like its more expensive cousin, Model T, Model One also benefits from being able to employ the new Trezor Suite app as a wallet interface.

The CoolWallet S is a compact hardware wallet designed to fit in your wallet along with your debit and credit cards. The CoolWallet S supports most major cryptocurrencies and is one of the few waterproof physical wallets available.

The CoolWallet S also comes with Bluetooth connectivity, allowing you to manage your portfolio from almost any Bluetooth-enabled device.

KeepKey is a simple physical wallet with premium design and feel. Designed to be easily accessible, KeepKey allows users to offline store the most popular cryptocurrencies and exchange assets directly on the device, thanks to its built-in ShapeShift functionality.

As one of the cheapest hardware wallets on the list, KeepKey offers excellent value for money, especially for those who don’t need high-end features.

SafePal S1 with Binance support is one of the lesser-known physical wallets on the market that seeks to make cryptocurrency storage more secure through a fully self-contained device that does not have USB, Bluetooth, Wi-Fi or any other connection method.

This relatively inexpensive device has a built-in camera and six physical buttons, which are all you need to store and access thousands of different cryptocurrencies by scanning QR Codes in the wallet mobile app.

The best physical wallets to store bitcoin and cryptocurrencies: the verdict

As with most things, selecting the physical wallet for storing bitcoin and other cryptocurrencies that works best for you will likely depend on your individual needs and preferences.

Each wallet on this list will provide better security than a standard software or mobile wallet, but not all offer the same ease of use, features and variety of supported cryptocurrencies.

Based solely on security, the Ledger Nano S is arguably the most battle-tested group choice and has clearly benefited from the insights gained by Ledger’s Donjon security team.

The Ledger Nano X is just as secure as its sister as it uses the same security features. Its Bluetooth connectivity doesn’t seem to have weakened its security either, but it’s still a newer product that hasn’t been as tested as the Nano S model.

KeepKey is one of the easiest wallets to use, which makes it a good choice for newbies in the crypto space; the Ledger Nano S and X are also extremely accessible thanks to the intuitive Ledger Live app. On the other hand, SafePal S1 is more difficult to use for less experienced users.

As for asset support, the Ledger Nano X comes out ahead of all the other options on the list — but that versatility comes at a relatively high price.

For a good combination of price and asset support, the Ledger Nano S should represent an acceptable compromise for most users, and Trezor Model One offers similar value for those with a diverse portfolio of cryptocurrencies.

Overall, we believe the Ledger Nano X represents the best combination of security, asset support and additional features, but those who don’t need Bluetooth support will be just as happy with the Ledger Nano S wallet, a cheaper option.