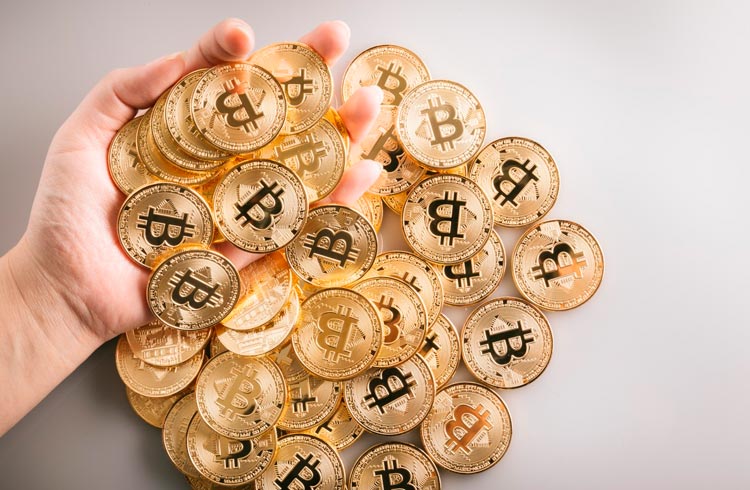 During the night, three big transactions Bitcoin (BTC) were made out of Coinbase. In all, 30,639,034 BTC were withdrawn during the morning of this Wednesday (28). In the current BTC quotation, it is R$6.2 billion withdrawn in less than 24 hours.

Transactions were reported by the Whale Alert aggregator and highlighted by journalist Joseph Young. It is still unknown what the motive behind the withdrawal was, or whether the addresses belong to the same investor.

What this could possibly point to is a strong institutional investor interest in Bitcoin.

Generally, the withdrawal of cryptocurrencies from exchanges indicates a focus on the long term. That is, a sales wave is less likely to negatively impact the price of the BTC or other cryptocurrency.

However, massive withdrawals from Coinbase represent yet another indicator: possible institutional interest. As one of the few regulated exchanges in the United States, enthusiasts believe that Coinbase is viewed favorably by institutions.

Thus, it is believed that institutional investors who want exposure to cryptocurrencies directly resort to Coinbase.

Bitcoins have already been removed from the three wallets to which they were initially sent. Furthermore, it is not surprising that they have been split into different portfolios. More precisely, 301 portfolios were created with different fractions of BTC.

The break in small portfolios indicates a caution involving risk management. Therefore, it is not incorrect to assume that an institutional investor made the purchase. Possibly even more than one corporate figure.

Although not unanimous, whales generally keep their Bitcoins easily accessible in a single cool wallet. For example, the third largest Bitcoin whale has an address containing over 100,000 BTC.

Second Glassnode data, a total of 63,289 Bitcoins were moved this Wednesday morning. In other words, the massive withdrawal movement did not only occur at Coinbase.

The withdrawals were made in three large transactions, and totaled around R$ 12.5 billion, added to the amount withdrawn from Coinbase.

The data is very positive for Bitcoin, indicating a strong build-up trend.

Also read: 18% of all Ethereum is in just 10 addresses

Read also: MATIC and Cardano can grow up to 75% with high Bitcoin