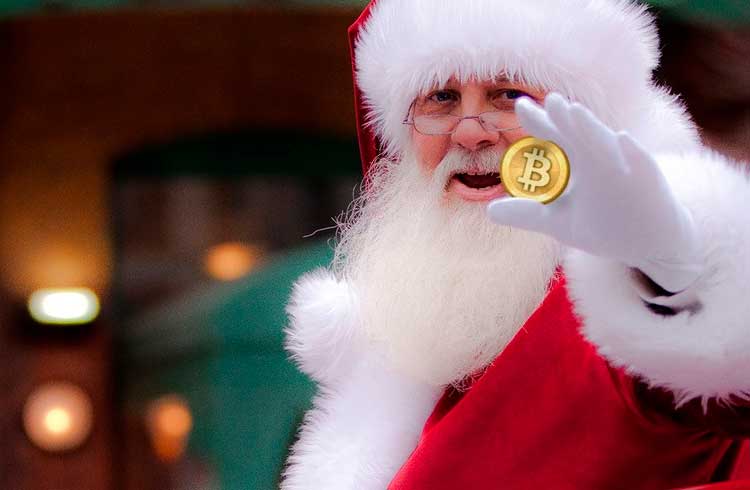 Christmas is usually a time of celebration and shopping. And while many celebrate the rise of Bitcoin, big investors go shopping.

According to Santiment data, Bitcoin whales have been buying more since Christmas. The data shows that the number of addresses with more than 1,000 Bitcoins had a strong growth in this period.

According to Santiment analysts, major investors bought about $ 647 million in Bitcoin. The value is equivalent to R $ 3.3 billion at the current price.

“In the past 48 hours since Christmas, #Bitcoin addresses with 1,000 or more $ BTC now have 0.13% more than smaller addresses previously had. That is about 24,158 BTC, which translates to $ 647.7 million at the time of writing this article, ”said analysts.

And it is not just purchases that are increasing. Ki Young Ju, CEO of CryptoQuant, said the whales are also losing their desire to sell.

“Whales seem to be exhausted to sell. Fewer whales are depositing in the bags. I think this bullish run will continue as institutional investors continue to buy and the whales' exchange rate remains below 85%, ”he said.

These data show that high-net worth investors continue to consume Bitcoin stock. This confirms the thesis that the current bullish movement is supported by them.

However, there is no way of knowing whether these investors are individual or institutional. That's because it's almost impossible to separate online data for each type. What is known is that the trend shows that investors with large capital are increasingly entering the market.

Recently, CriptoFácil found that about 5% of all Bitcoins in circulation are in the hands of institutional investors. The group ranges from listed companies to investment funds.

Grayscale Investments is the main “blue whale” in the market, with more than 600 thousand Bitcoins in custody. The manager was the first institution to accumulate more than 2% of Bitcoin in circulation.

Also read: Cryptocurrency appreciated 1.700% in 2020 and may keep high