Home News Whales are agitated and move billions on Ethereum 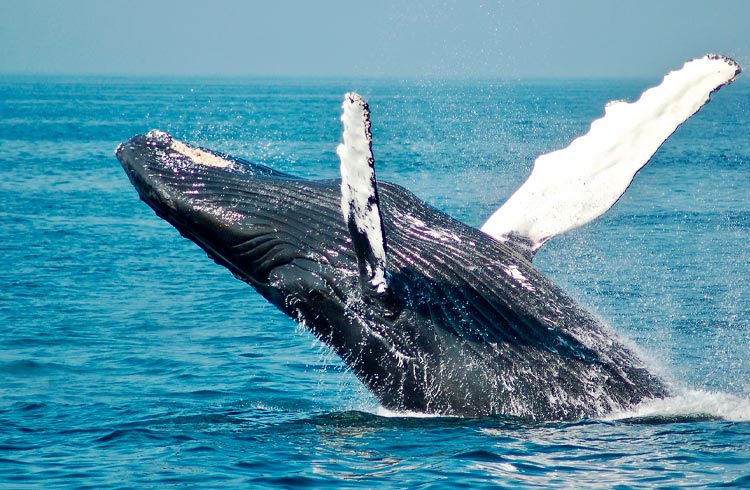 The sea in the cryptocurrency market got rough this week with whales moving billions of dollars in cryptocurrencies, especially Ethereum.

It all started after the price of Bitcoin and other crypto assets plummeted with a series of negative news for the ecosystem.

Since Elon Musk withdrew Tesla's support for Bitcoin, a shower of negative news has helped to tumult the market. First, the United States tightened its grip on crypto investors. Then China came to tighten its restrictions on cryptocurrencies. As a result, the market shook.

And that resulted in the big cryptocurrency investors, the whales, strongly moving their crypto assets.

In the case of Ethereum a whale moved a million dollar amount from the cryptocurrency. On Thursday (21), just a day after Ethereum fell to the $ 2,000 range, tracker Whale Alert identified a major ETH transaction. An investor sent 130,000 ETH from an unknown portfolio to another portfolio.

The portfolio that received the amount, for a brief period, became the richest 115th Ethereum portfolio in existence. However, after receiving the large sum, he sent 110,000 ETH away almost immediately.

Subsequently, the recipient of the 110,000 ETH quickly transferred the entire amount to a wallet on the Celsius Network platform.

In addition, the emitting whale also received nearly 70,000 ETH worth almost $ 200 million just hours before shipping a vast portion of its Ethereum treasure.

The main holdings of the original portfolio are decentralized financial assets (DeFi), such as Compund (COMP), Synthetix (SNX) and Compond UNI (CUNI).

In the case of Bitcoin, on Friday (21), whales moved almost 10,000 Bitcoin in different transactions.

Most of them were transactions of 1,200 to 1350 Bitcoins leaving unknown addresses for exchanges. This may indicate a possible sale amid fears of a sharp decline.

Also read: Veteran reveals 6 tokens that can still fire up to 1,000%