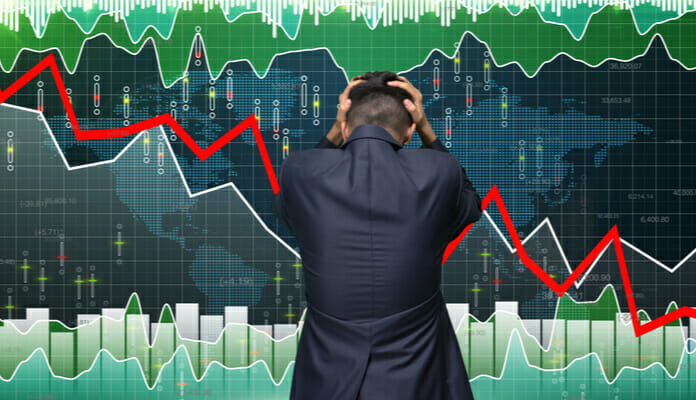 The comment is among the approximately 1,000 “evaluations” recorded in July alone. Contrary to what is expected by the owners of the applications, many complaints are not about the software, but about results in trading and distrust of the system.

As a result, the broker's app page on Google Play became an alternative version of “Reclame Aqui”, a famous platform used by dissatisfied consumers.

This is because users took advantage of the space to report losses, withdrawal problems, lack of adequate support and losses due to “delay” when operating. A delay in a forex operation is understood as a certain delay of information.

The problem with withdrawals at IQ Option is not today; In May, the company even appeared on the Reclame Aqui platform as “not recommended”.

“I requested a withdrawal on April 8, 2020!” Wrote Jarder Silva on Google Play, claiming that so far he has not received the money. “This broker has to be purged from Brazil,” he said.

What Silva may not know is that the broker has already been punished by the CVM (Brazilian Securities and Exchange Commission) and has been banned since April from attracting Brazilian investors to the forex market.

On the last 17th, commenting on withdrawals, the user Helimar Nascimento Nascimento was tougher with the company:

Losses due to 'delay'

After analyzing over a hundred comments, the report noted several complaints about ‘delay’. According to users, the problem hinders operations and often causes losses.

One of the most common responses from the company is that the problem of delay in the app may be due to low internet speed.

“When I sell it, there is a delay, the price drops and I lose money” wrote the user Theus Russo, in a July 8 complaint.

“Terrible, a delay that makes you lose money instead of making a profit”, complained Eliel Vitor.

User Gusena Bass even tried to praise the system, but also stopped at the Delay.

“I operated with 100 mb fiber optic internet. It works, I don't give any more stars because I have already lost count of how much money I lost due to the violent delay, both from the Android app and the PC, favoring only the platform and generating losses ”.

Also due to the delay, Líviton says that he will return to operate at Binomo, a competitor of IQ – and also stopped by CVM in Brazil:

In response to several criticisms about the delay, the IQ Option suggests that high-speed internet is required for the application to function properly. "Change the internet and check," he replied several times.

“You guys are really late. It takes 2 seconds for the system to recognize that you have performed an action; And it's not an internet problem because mine is a 2GB optical fiber ”.

Users are suspicious of manipulation

Many alleged IQ Option customers are also suspicious of system manipulation. The company defends itself.

On July 13, user Edgar Jean complained about the support. Like hundreds of other complaints, IQ Option usually gives up to 48 hours to respond. Sometimes this time is extended.

Others also complain about the delay in telephone support in Portuguese, since the company is foreign – the headquarters is in the Caribbean archipelago of Saint Vincent and the Grenadines.

The number of complaints in Reclame Aqui is also very high. According to some users, sending money to operate is quite easy, but the same is not true for the withdrawal process.

For this reason and for others, complaints against the company do not cease. As with the Google Play page, most complain about support and the delay in withdrawals.

According to a recent report by a client from São Vicente (SP), it has been over a month since he requested a withdrawal and was not served. “It doesn't process anything. I am already discredited that I will get my money back ”, he wrote.

Another client, from Piracicaba (SP), also has the same problem. According to him, the withdrawal request made on 7/1 so far has not been processed.