Home News Warena Game: what you need to know about play-to-earn game 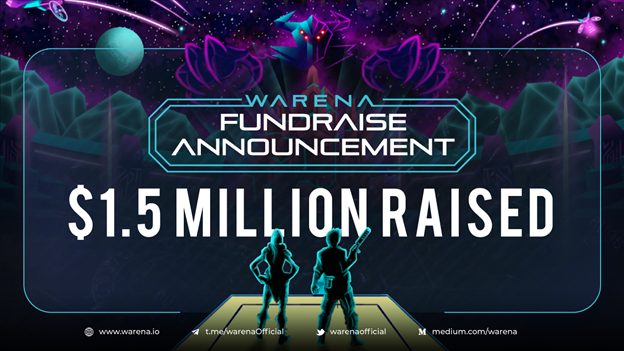 Warena, the first custom non-fungible token (NFT) metaverse game and play-to-earn (Played to Win) raised $1.5 million in its latest round of funding with input from some of the industry’s most renowned blockchain investors.

Warena is a “played to win” metaverse that allows players to create characters that can interact with other characters in completely different universes in combat games.

Players can also buy warriors from the Warena market or rent one from other players to start playing and earn cash and other rewards, contributing to the game’s ecosystem.

In-game assets and NFTs from other platforms can be quickly synced through metadata and become part of the Warena universe.

The Warena NFT game will be released in two phases. Phase One in the third quarter of 2020 will see the release of a 2D tower defense style game in which players must defend against wave after wave of zombie hordes. Phase two, slated for release in the second quarter of 2022, will unlock the full force of the Warena metaverse by adding player-versus-player capabilities.

The game can be accessed via the link, and you can find some news and updates here.

The Warena ecosystem will be governed by RENA tokens (ERC-20), which players can use to claim wagering rewards and participate in important governance votes, giving them a voice in shaping the future of the Warena metaverse.

Players can earn RENA by playing certain games or creating user-generated content that is used within the metaverse.

An initial dex offer launch (IDO) for RENA was held on Thursday, October 7th for those on the Warena whitelist. Applications to join the list lasted for just 24 hours.

RENA’s starting price offer was US$0.165, with the total supply limited to 100 million tokens.

Less than a week before the official launch of Warena’s native governance token, RENA, a round of investments took place.

Among the participants in the round are Genesis Builders, DAOMaker, Momentum 6, Master Ventures, Animoca, Clovers Ventures, among others.

Warena will use the $1.5 million raised to continue the development of its ecosystem, partnering with top game developers and blockchain experts to create a metaverse that engages its player community, enabling them to generate value for themselves, other players and developers.

Warena represents a huge evolutionary leap in the NFT games category. Certainly, this pioneering spirit is taken into account by investors.

the metaverse play-to-earn (Play to Win) of the game, in Phase Two of its planning, will allow players to customize their in-game characters and interact with characters from other universes, such as Cat Gunner and Axie Infinity, in Warena combat games.

Players will be able to inhabit different lands, trade warriors and NFTs, fight each other and compete in tournaments.