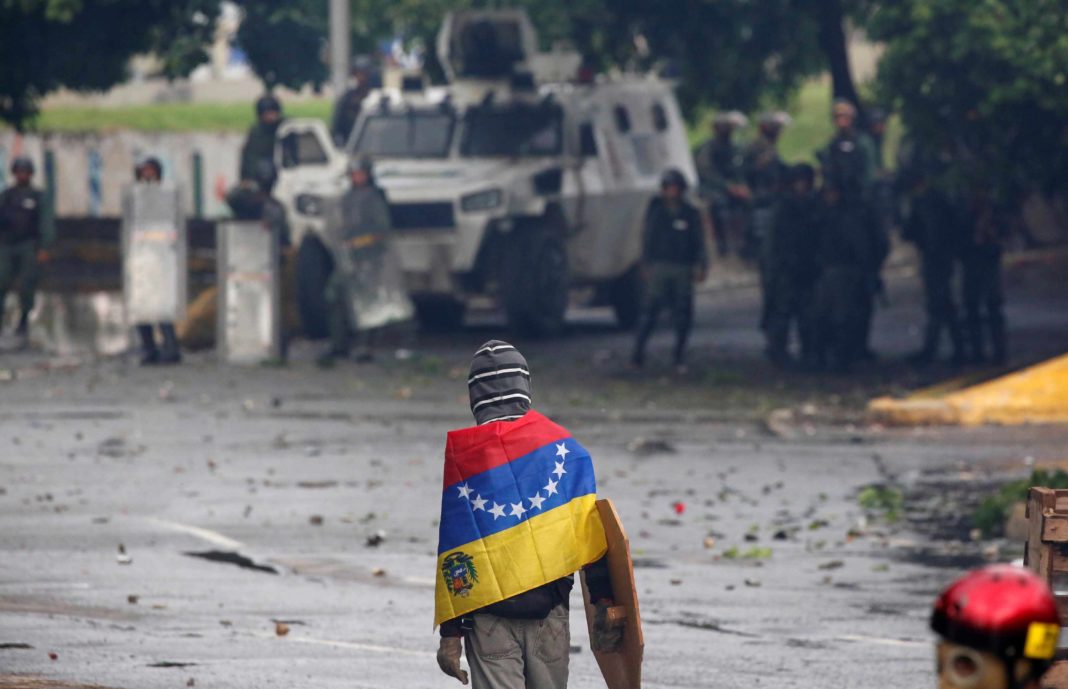 Venezuelan farmer Roberto Latini fears that his chance of planting this year's crop is running out quickly.

He hoped to sow corn, but was unable to find the fuel to operate his trucks and equipment before the end of the dry season. Then he looked at rice, which can be planted even in heavy rain. Weeks later, the fuel is still low and "over time, it is getting too late to sow," said Latini.

After seven years of economic collapse, Venezuela's crisis has entered a new and worrying phase. In a nation that is home to the world's largest oil reserves, fuel shortages have grown so much that the fields are becoming empty.

Venezuela is now on the brink of famine, warns the International Crisis Group. More than half of the land used to grow vegetables last year will not be replanted, according to the Fedeagro agricultural federation.

Corn production is expected to cover less than a quarter of national demand. And the tight addiction to U.S. sanctions threatens to strangle the little food and oil it is receiving from abroad.

"We will begin to see the consequences of this in the coming months," said Fedeagro President Aquiles Hopkins. Now, "we are eating vegetables that were planted two or three months ago, rice that was sown six months ago and corn from the previous harvest cycle".

Oil fields across Venezuela closed amid the US's relentless campaign to cut the country out of global markets. Evidence of fuel shortages is everywhere. Ambulances don't work, telecommunications networks are failing and some farmers have given up on machines altogether – using oxen instead.

A shipment of oil from Iran that arrived at the end of last month may have affected the shortage in Caracas, but farmers like Latini say they have not seen much evidence of this in the field. Latini, whose farm is located in the center of cultivation in Turen, said his only option is to wait all day at a gas station – the daily limit of 30 liters is not enough – or to pay $ 4 per liter ($ 15 per gallon) on the black market.

To the northeast, corn grower Celso Fantinel said he hasn't seen his fields in days. The price of fuel means that it cannot afford to make the 320 km round trip very often.

With the rainy season in that part of Venezuela still a month away, Fantinel plans to start planting his harvest on Monday. But the lack of fuel and pesticides, combined with the lack of credit, forced him to reduce to just 300 hectares (741 acres) of corn, less than a third of what he used to sow.

Fantinel's planting machines use diesel, which is exempt from U.S. sanctions, but is still scarce and expensive. The cashless state producer, known as PDVSA, cannot make or import enough.

"Without fuel, you cannot meet the farm's daily needs," said Fantinel. "If you need to bring a technician from the city, a spare part or even food for workers, it is impossible."

About 9.3 million Venezuelans, or a third of all people in the country, do not have enough food to eat or are malnourished due to quantity and quality, according to a 2020 report by 16 organizations, including United Nations agencies. and European Union.

Set to get worse

The one-year drop means that only one in six sugar mills is operating, while the milk and dairy industry is running at 12% capacity and production does not reach distribution centers, according to Fedeagro.

The situation is expected to get worse, even when the government tries to ease the pain with $ 20 million in agricultural credit, while FAO-Venezuela distributes fertilizers and seeds.

In recent years, the government has imported more than half of the necessary corn, which is essential in local diets and the main ingredient in a popular dish known as arepa. But with a practically worthless currency, easing foreign reserves and sanctions, she had to be creative in reaching deals.

Last year, it agreed to exchange oil for corn and water trucks, but since then the company on the other side of the deal has gone bankrupt.

Meanwhile, the Trump administration is preparing sanctions for up to 50 oil tankers and fuel tanks as part of an effort to disrupt trade between Iran and Venezuela, according to a person familiar with the matter.

And Covid-19 blockades in Colombia and Ecuador are driving a flood of refugees to return home, increasing the demand for food.

Gerson Pabon said that farmers in the state of Tachira, where he grows vegetables, regularly receive gas and pesticides from neighboring Colombia. They pay international market fees for inputs and then raise their product prices to reflect these costs.

Food inflation in Venezuela reached 251% in the first four months of the year, according to the Caracas research group, Cenda. Corn production this season could reach around 350,000 tonnes, compared to 450,000 tonnes in 2019, according to Fantinel, who is also vice president of Fedeagro. Venezuela normally consumes 1.6 million tons.

The crisis is not just about the basic right to food, "but the right to quality and quantity," said Carlos Machado-Allison, a professor at the IESA business school in Caracas. "It is not just a matter of having a daily arepa on the tables, nor enough calories, but quality of life".