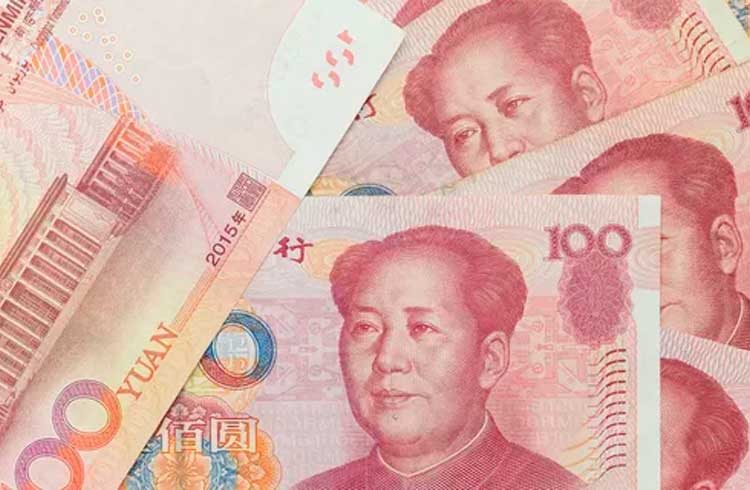 A Chinese citizen reported, for the first time, what it was like to use the digital currency of the Central Bank of China, DC / EP.

The user, who asked to be called Peng, said he was able to use the Central Bank's Digital Currency (CBDC) when he won a prize he won in the lottery:

“After winning the lottery, I felt very lucky. Later, I went to the merchants to use digital renminbi to consume and I felt very magical, ”said Peng.

Peng reported that after being drawn, he went to convenience stores and hot pot restaurants to shop.

“At the moment, it is similar to using WeChat and Alipay to pay, but it is more secure and reliable. I am also looking forward to more disturbing application scenarios in the future, ”he said.

Another citizen using the Chinese CBDC was Liu. On October 12, he received a text message from the Shenzhen government relations platform.

Liu said that the text message contained the link to download the digital RMB app as well as an operation guide. According to him, the application "is very convenient to operate."

A notable fact is that the color of the digital renminbi varies according to the bank that the user chooses. Thus, it can be red, blue or green.

Mian Dian Wang is one of the pilot traders and has ten stores in the Luohu district of Shenzhen.

The dealer pointed out that the digital renminbi pilot is still in its infancy. Therefore, the volume of transactions is not very large.

The current value of the transaction in digital renminbi is about four to five thousand yuan a day.

For traders, the biggest highlight of using the digital renminbi is the free handling fee.

That is, if merchants use WeChat or Alipay to collect payments, certain handling fees need to be deducted when withdrawing money.

In this sense, traders claim that the application of the digital renminbi reduces transaction costs.

On the other hand, Wang noted that because he is a small-scale pilot, many citizens, mainly middle-aged and elderly, still do not understand the digital renminbi.

A few days ago, Fan Yifei, deputy governor of the central bank, released the internal test of the digital renminbi at the annual SIBOS 2020 meeting.

At the time, it was decided that, by the end of August 2020, there would be more than 6,700 pilot scenarios across the country. In this way, the tests would cover payment for life insurance, food services, transportation, purchases, government services and others.

Therefore, a total of 113,300 personal portfolios and 8,859 public portfolios were opened. There were more than 3.12 million transactions, and the transaction value exceeded 1.1 billion yuan.

Application scenarios are also being expanded.

Currently, the Central Bank's Digital Currency Research Institute has achieved strategic cooperation with several retail providers, such as Meituan and Didi, and Internet companies, such as Station B and JD Digital.