Home News USDC emerges as a winner amid the stablecoin crisis 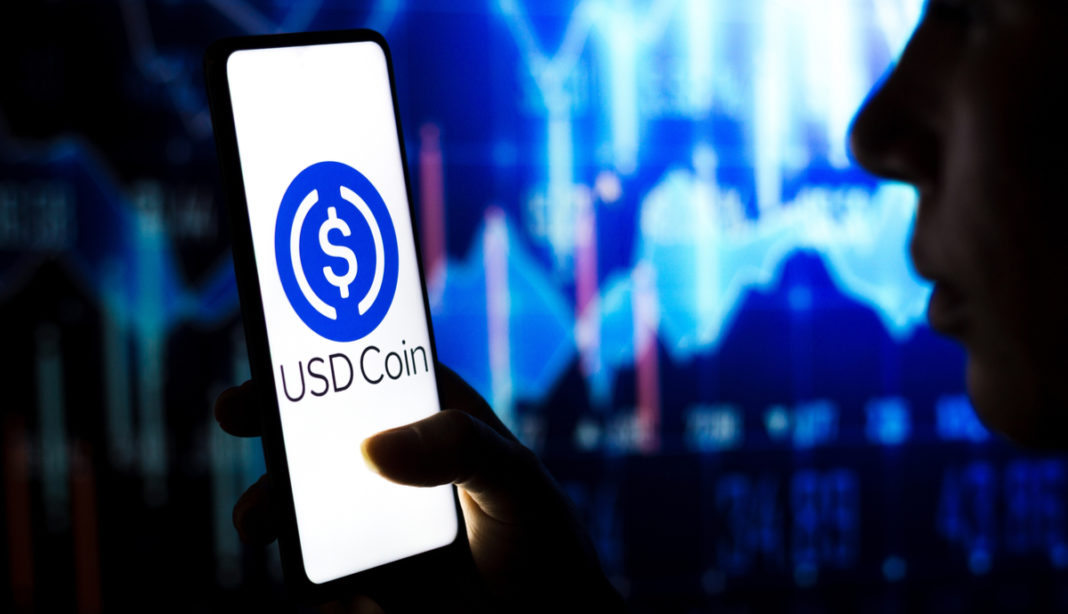 When the Terra ecosystem and its stablecoin UST plummeted last week and triggered the broad cryptocurrency market crash, the situation looked pretty fragile for the crypto industry in general and stablecoins in particular.

But the drop has resulted in at least one winner in terms of market capitalization and, possibly, reputation: the USDC stablecoin.

While terrausd (UST) was close to zero and tether (USDT) was facing billions of dollars of redemptions, usd coin (USDC) was increasing its market capitalization.

At the beginning of the decline on May 8, USDC had a capitalization of about $48 billion. After an almost imperceptible drop, it started to increase on May 11 and is now at $52.3 billion — close to its record high of $53.6 billion recorded in March.

USDC, which emerged amid the crisis as the fourth-largest cryptocurrency in terms of market capitalization, is also getting closer to the main centralized stablecoin: USDT. Tether has lost more than $7 billion of its market capitalization since its May 11 high of $83 billion.

The market woes over the past week had started not with the centralized USDT or USDC stablecoins, but with the algorithmic stablecoin UST.

In the case of Terra, UST holders can trade the stablecoin for an equivalent dollar in LUNA (with some caveats). So, if the UST was trading at $0.95, arbitrators could convert it to LUNA at their desired rate of $1.

But there was a loss in parity as users on Terra questioned the usefulness of the network. They converted UST into LUNA and then sold that LUNA. As the price of LUNA plummeted, traders were able to convert this token into UST. The result was that the outstanding supply of the assets soared as their values ​​declined.

In the midst of this crisis, while Terra hoped to secure external funding to avert disaster, US Treasury Secretary Janet Yellen mentioned UST and called for regulations for stablecoins, which are likely to be prioritized given the increasing contagion to the market.

But most of the legislation that has been drafted — and that can actually move forward — is targeting Tether, after it sparked a two-year investigation by the New York Attorney General’s Office into an alleged fraudulent $750 million Tether loan to its sister company, crypto exchange Bitfinex.

The investigation determined that Tether’s backing is not what it seems. When the investigation began in February 2019, Tether filed an update, adding that USDT’s reserves included “traditional currencies and monetary equivalents and, from time to time, may include other assets and receivables from loans made by Tether to third parties, which may include affiliated entities”.

After Tether struck a deal and paid an $18.5 million fine, it began publishing safety reports showing that much of its obligations are in commercial securities that are generally liquid but vulnerable during financial crises.

A report filed by an independent accounting firm in late 2021 showed that less than 10% of its $78.6 billion in its allocations was in cash.

This Thursday, the company released an official report, which shows a 17% reduction in the share of commercial papers and an increase in the proportion of cash and cash equivalents, in an attempt to increase investor confidence.

It is confirmation of an advance information by Paolo Ardoino, Tether’s chief technology officer, who had stated during a Twitter Spaces event last week that the company’s commercial bond reserves had been halved and redistributed into US treasury bonds.

Circle, however, is already there.

In August 2021, the Center Consortium — a group founded by Circle and Coinbase to help manage USDC — announced that the stablecoin would only be backed by cash and treasury bonds.

This initiative followed a report published in July 2021, which showed that more than a quarter of its reserves were allocated to commercial bonds, certificates of deposit and corporate bonds.

However, Circle never published the full audits, and some critics claim that such testimonies are not worth the paper they were printed on.

However, Circle is taking advantage of the fear of bailouts. In an article published last Thursday (12), entitled “The Importance of Being Stable” — or “The Importance of Stability”, in free translation — Dante Disparte, chief strategy officer at Circle, assured that USDC is aligned with the set of regulations triggered by Yellen when she convened the President’s Working Group (or PWG) on Financial Markets and demanded that the US Congress pass legislation for stablecoins.

“If you want to reference the dollar and create price parity by fighting buyer and spender remorse,” he wrote, “you really need to store high-quality liquid assets (or HQLA, in banking parlance) that are dollar-denominated. and are within the regulated banking system”.

Furthermore, he was careful to point out that financial risk is not unique to algorithmic stablecoins, but can exist in stablecoins “where the collateral and composition of reserves are too opaque to inspire confidence or too correlated to illiquid assets of questionable quality.” credit to withstand periods of stress”.

To some, this may seem like a description of Tether.

USDC’s gain could be something of an empty win unless Circle’s other products can gain the same strength. After all, with US inflation above 8%, how is it possible to make money by storing dollars?

Circle aspires to be more than the company responsible for USDC. It launched a venture capital fund in November and has payments products that it hopes could be more valuable than the stablecoin they created to support them.

A “blank check” (or SPAC) deal in February with Concord Acquisition Corp. valued the company at $9 billion, although public investors felt it was too high.

Of all stablecoins, USDC is well-positioned to ensure success right now. But as we saw last week, fate can change very quickly — and markets can come full circle.