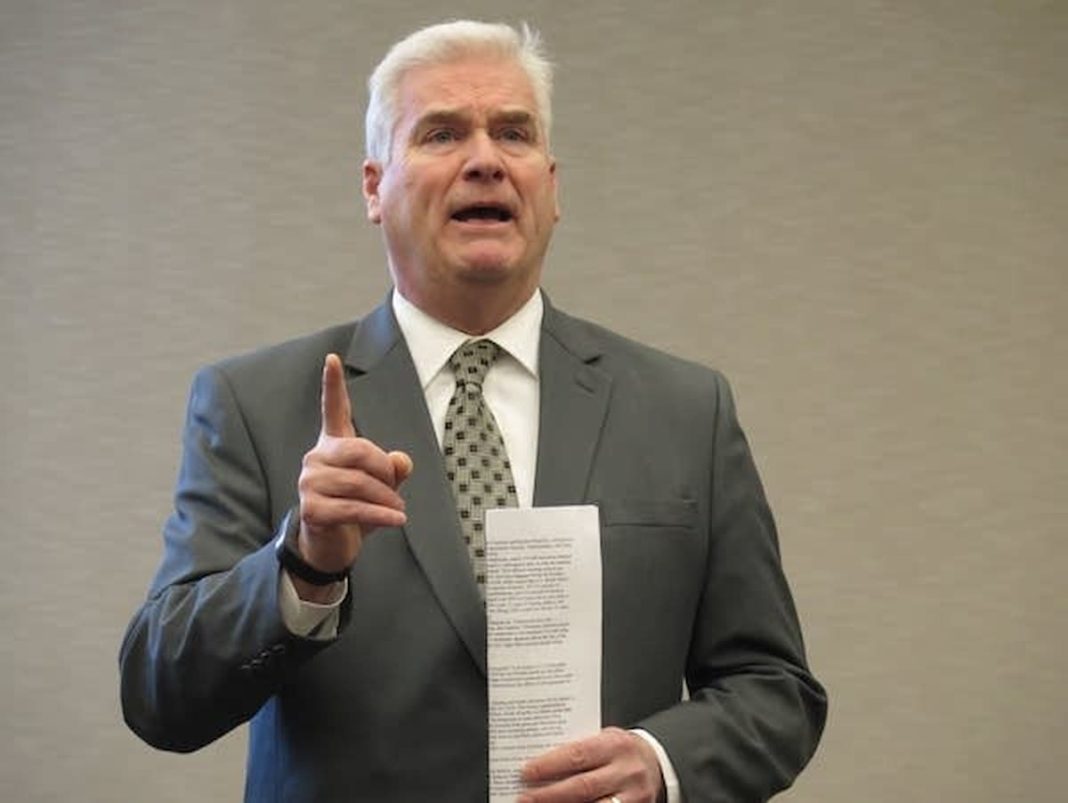 Republican Senator Tom Emmer published his bill on Wednesday that seeks to stop the Federal Reserve, the US central bank, from issuing its central bank digital currency (CBDC) directly to the public.

China was one of the pioneers in launching a CBDC, the Digital Yuan, which was recently made available on the Android and iOS app stores, and Emmer criticized the move. For him, the currency “fundamentally omits the benefits and protections of money” while the United States should be concerned with protecting financial privacy, maintaining the dollar’s dominance and cultivating innovation.

“CBDCs that do not adhere to these three basic principles could allow an entity like the Federal Reserve to mobilize in a retail bank, collect personally identifiable information from users and track their transactions indefinitely.”

The rationale for his project is that the centralized digital currency leaves Americans’ financial information vulnerable to attack and can be used as “a surveillance tool that Americans should never be forced to tolerate from their own government.”

A central bank-created digital currency could eliminate banks from intermediating with individuals, but the politician argued that this would be a very bad idea.

“Requiring users to open a Fed account to access a US CBDC would put the Fed on an insidious path similar to China’s digital authoritarianism,” Emmer tweeted.

The senator further said that “any CBDC implemented by the Fed must be open, without [necessidade de] permission and private. This means that any digital dollar must be accessible to everyone, transact on a blockchain that is transparent to everyone, and maintain the privacy elements of the money.”

“To maintain the dollar’s status as the world’s reserve currency in the digital age, it is important that the United States lead with a stance that prioritizes innovation and does not aim to compete with the private sector.”

His ideas are close to what David Chaum proposed in an article called “How to create a Central Bank digital currency”. The cryptographer, who was also the creator of the first digital currency, eCash (pre-Bitcoin), argues that it is critical for a currency to be open-source and free.

In his text he proposes exactly how to make central bank money as close as possible to the characteristics of physical money. Richard Stallman, considered the “father of free software”, also has similar views.

Summing up his ideas, Emmer stated that the United States should “prioritize blockchain technology with American characteristics, rather than imitating China’s digital authoritarianism out of fear.”

Understand why there are so many financial privacy concerns when it comes to CBDC by reading the following articles:

One of the largest cryptocurrency exchanges in Brazil turns three in November and you win!

There will be up to 30 currencies with zero fee for transactions and more than 80 currencies listed, with cash available on the spot and high liquidity.