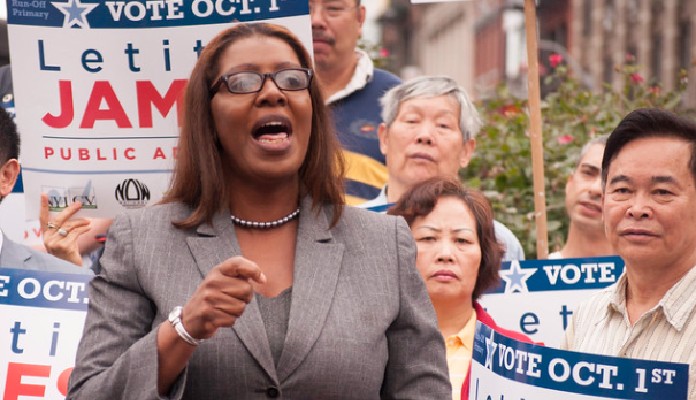 The Attorney General of the State of New York (USA), Letitia James, obtained on Friday (04) an injunction from the Court to terminate the activities of the exchange of cryptocurrencies Coinseed, which must be criminally liable for defrauding its customer base.

According to several allegations, the platform traded, without permission, the clients' funds, halting withdrawals and blocking trades. After the ruling, Coinseed went public to both recant and affront the public defender, announcing the release of an explicitly offensive token bearing her name.

According to a statement from the New York Attorney General (NYAG) published on Monday (07), James has secured a court order that continues a mandatory break in "illegal and fraudulent operations of the platform" and puts in place a trustee to oversee all Coinseed assets to protect investors' money going forward.

"We will continue to fight for the thousands of investors defrauded by Coinseed," said the prosecutor. “We will not allow rogue traders to hold innocent investors' funds hostage while they deplete accounts and transfer cryptocurrencies to an offshore, unregulated trading platform,” she added.

Through a statement, the CEO of Coinseed, Delgerdalai Davaasambuu, considered the court decision sad and frustrating and that the company's big mistake was to establish itself in New York. He summarized that after the company raised funds in 2017 and managed to grow even during the 'Winter of Cryptocurrencies' (2018/2019) and later expand, they realized that the mistake was to live in the New York state.

“We were living the American dream. And then we realized that we had made a fatal mistake simply by living in New York. It may seem strange, but that's exactly what happened," said the director, stating that he has not received any complaints from his users. However, the prosecutor alleges that the complaints — which number close to two hundred — have been taking place since February this year, when the process was opened.

He added that Coinseed does not have the financial resources to fight the allegations and is consulting law firms to find out how to return users' funds.

“1 FLJ = 1 FuckLetitaJames”, presented Coinseed with the token that represents a curse word against the US attorney. “FLJ is an ERC-20 token, preferred by NY AG Letita James,” added the site.

As a countdown on the site shows, a cryptocurrency airdrop will be done in 12 days, but the user has to send ether to receive it. The site also says that FLJ will soon be listed on several DeFi platforms.

In a brief consultation to the Ethereum blockchain, Etherscan, this Tuesday afternoon (08), only 20 fans sent funds of 0.002 ETH to the address indicated by Coinseed.

In the end, ‘Del’, as the director signed, wrote: “I will also be donating some FLJ (Fuck Letita James) token to the NYAG office 🙂 to support their other causes. As for Dogecoin, I'm good at trolling!”

‘Del’ referred to accusations that Coinseed conducted unauthorized trades and transferred all of the investor's assets to Dogecoin.