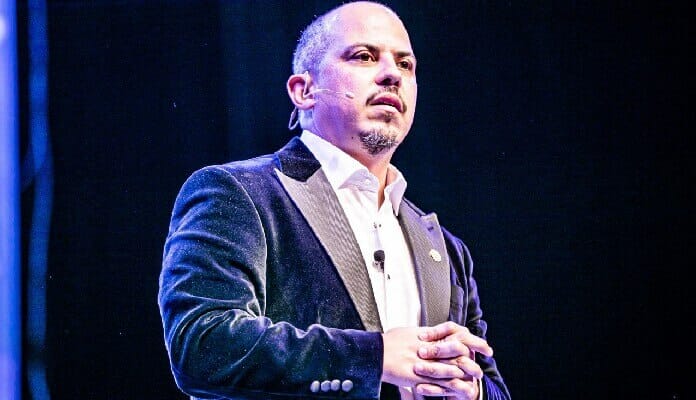 The United States arrested a Brazilian accused of commanding a coup that caused losses in the order of US $ 20 million (R $ 100 million) in several countries. Gutemberg dos Santos, who used the lecturer Cafu as a poster boy, was arrested in the capital of Panama on Tuesday (18).

In addition to Gutemberg, the US court has indicted four other people accused of running the scheme called the Airbit Club – a financial pyramid that has spread to several countries, including Brazil, offering promises of easy profit with cryptocurrencies.

According to the accusations, the Brazilian coordinated an international fraud and a money laundering network behind the facade of an alleged mining and cryptocurrency trading company that harmed thousands of people.

He was detained in Panamanian territory by agents from HSI (an American police agency for border affairs) and is currently awaiting extradition to the United States to be heard by the courts.

According to the document, the other four defendants are: Pablo Renato Rodriguez, Scott Hughes, Cecilia Millan and Jackie Aguilar. Gutemberg, who has American citizenship, faces up to 30 years in prison.

"The defendants innovated an old scam by promising extraordinary returns on illusory investments in cryptocurrencies," said Attorney Audrey Strauss in the US government statement.

In 2017, Rodriguez and Gutemberg were ordered by the United States Securities and Exchange Commission (SEC) to return more than $ 1 million. They injured more than 100 people in a coup called Vizinova.

Currently, Gutemberg appeared on social media talking about financial education and motivational talks. A post on Instagram reveals that on the 11th he was at an event in Panama, where he was arrested.

In 2018, the player Cafu appeared at several Airbit Club events, a common strategy of this type of company to use famous figures to create an impression of credibility.

In Brazil, Cafu is part of a collective civil action against another financial pyramid called Arbcrypto. The deal – released by the former player on the internet – promised daily Bitcoin yields of up to 2.5%. The accusation was made by the Brazilian Institute for the Study and Defense of Consumer Relations in Goiás (IBEDEC).

A report from The Intercept Brasil, from May last year, exposed the case more. The publication showed when the scheme was introduced in an environment of the Universal Church of the Kingdom of God (IURD).

It was there, even, that the young Gabriel Fonseca Reis, alleged disciple of Gutemberg, stated that he earned more than R $ 100 thousand per month through multilevel marketing with cryptocurrencies.