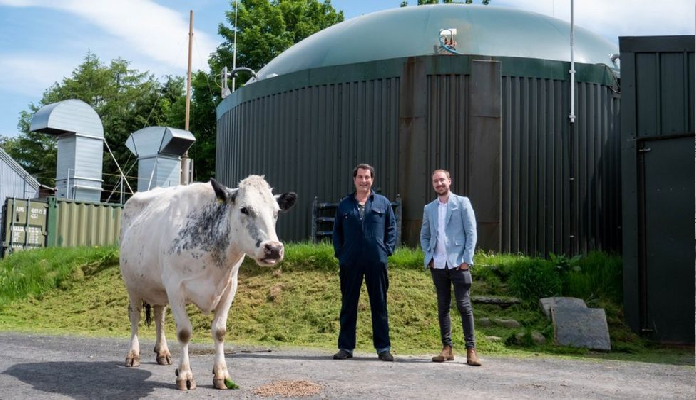 English farmer Philip Hughes and his family have farmed the land for generations, but now he's turning to ethereum mining for a somewhat unusual cost-benefit ratio in the cryptocurrency market, which is to use cow dung to feed the miners . This is what the BBC says in a report published on Wednesday (09).

“It's cow poop,” says Hughes, referring to what drives his miners. According to the report, the farmer doesn't even use all the electricity generated in the process with the manure, called ‘anaerobic digestion’ — about two-thirds feed the entire farm and the other part goes to the machines.

Another businessman who is also doing well with the transformation of 'cococococo' is Englishman Josh Riddett. He is minimizing the costs of his Easy Crypto Hunter cryptocurrency mining company through the same process of anaerobic digestion, says the Market Watch report on Thursday (10).

But how does this transformation work? According to information on the website of the Environmental Company of the State of São Paulo (Cetesb), anaerobic digestion is a fermentative process that occurs through the action of microorganisms that interact simultaneously until the formation of final products, such as methane and carbon dioxide.

Riddett, who has run his Easy Crypto Hunter business since 2017 in an industrial area of ​​Manchester, has carved out a niche in sales of equipment to farmers powered by renewable energy, such as anaerobic digestion.

In summary, in addition to saving, farmers and entrepreneurs with renewable energy sources, such as anaerobic digestion, can generate passive income by selling excess electricity back to energy companies. In Riddett's case, he earns up to 10 times as much operating a cryptocurrency mining machine, the report says.

Riddett's mining machines, however, are configured to mine ethereum (ETH) and ravencoin (RVN), among other cryptocurrencies, with the exception of bitcoin, since, according to him, other cryptocurrencies use much less energy. “And while the energy consumption of Ethereum mining is high, it is significantly less than Bitcoin mining,” commented the BBC.