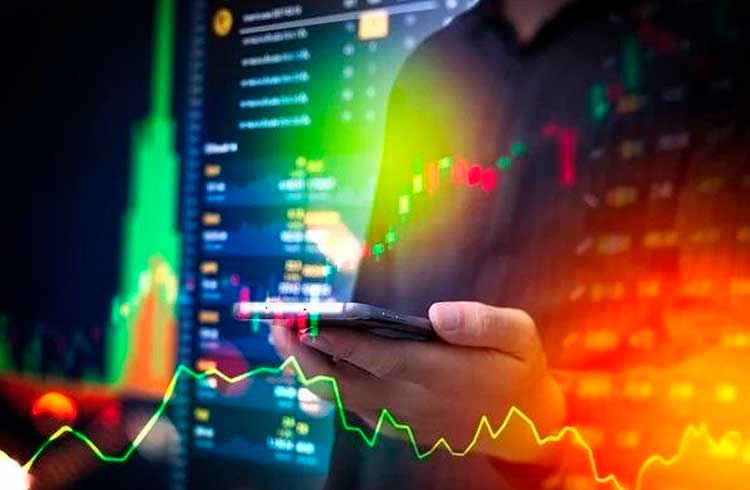 In a video posted on his YouTube channel, Davis explained to his 175,000 followers what his main bets are.

The first altcoin indicated by the analyst was a new decentralized finance protocol (DeFi) Ramp. As Davis explained, the project was designed to unlock the value of staking assets.

“The reality is that keeping your funds locked to obtain 5% per year is a great opportunity cost when you consider the size of the gains made. (…) But Ramp is really innovative because it allows you to unlock staking capital and get the rUSD stablecoin in return. You can then take this, exchange it for USDC. You can start farming on DeFi. You can even dump it into something like BlockFi and (get) a very safe and stable return. Basically increasing the return on your investments ”, he explained.

In addition, according to Davis, if Ramp captures a fraction of the value of these assets, their price will rise sharply.

Davis' second bet is on the Oasis Network (ROSE). It is a platform that aims to bring privacy and scalability to DeFi.

"Oasis is a blockchain focused on allowing you to control your personal data in complete privacy, including very confidential things," he explained. "The implications, of course, of being able to properly manage that private data are incredible."

According to the strategist, if the technology starts to be used widely, its market value is likely to skyrocket to $ 1 billion during that bullish run.

Tokens that will be “in fashion”

Davis' other nominations are for three tokens that he says will soon be in fashion.

In this sense, the analyst revealed that he is eyeing the blockchain protocol called Glitch. Davis explained that this solution aims to facilitate financial markets without confidence.

“(Glitch) is calling itself a DeFi operating system. So they are offering high speed and almost zero rates. Glitch has an integrated profit sharing model for token holders with 20% of all fees and revenues shared with stakers. ”

The other cryptography on the analyst's radar is the Paid Network, a Polkadot-based protocol focused on the legal system.

“The idea is to reduce the overhead costs that are currently faced when making any type of legal documents, contracts and other things. Basically cutting costs with lawyers, helping to streamline the process and making dispute resolution much easier. This will be done with the introduction of borderless agreements based on smart contracts and a decentralized reputation system ”.

Davis further commented that the token in question will have several use cases in DeFi, including staking service.

Finally, the analyst's last recommendation is e-Money. He believes that the asset has the potential to be a major player in the stablecoin market:

“Unlike basically all the other existing stablecoin providers, they are actually targeting a wide range of currencies, not just the US dollar. They currently have euros and Swiss francs. The national currencies of Sweden, Denmark and Norway are also available. ”

Davis further noted that e-Money plans to bring in more currencies, including the US dollar and the Japanese yen.

Also read: Don't sell your Bitcoin or the whales will wipe you out, analyst warns