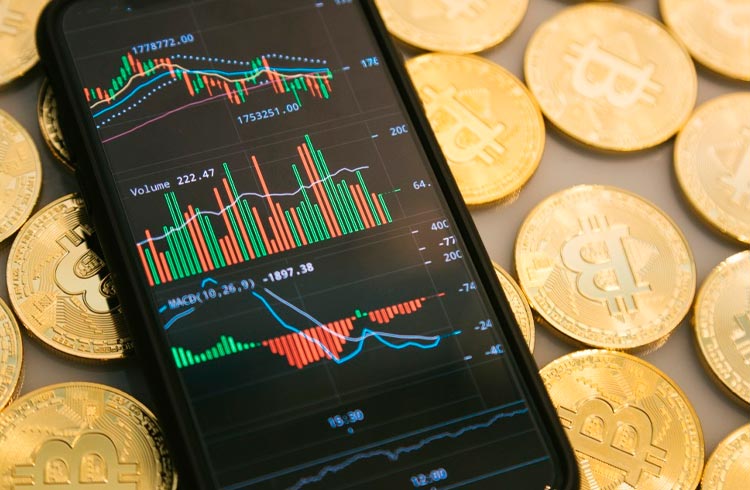 As usual, to determine the future of the price, investors look at “Bitcoin whales”. That is, the big holders of cryptocurrency.

As trading in the cryptocurrency market approaches the weekend, investors are wondering what will happen after days of high speculation.

That's because when Bitcoins owned by whales decrease, it indicates that they are about to make a profit. Consequently, this massive sale impacts the entire market, driving down the price of Bitcoin and major altcoins.

Who are the whales?

A Bitcoin whale is considered to be a carrier that has at least 1,000 BTC. “Megabaleias” are classified as having 5,000 Bitcoins or more

Some of these whales are individuals, while others are entities such as cryptocurrency investment funds, such as Bitcoin Trust from Grayscale Investments.

During the past few days, some reports have said that the number of BTC whales has dropped considerably.

Data from Wednesday (12) from Glassnode show that there are just over 2,100 whales (addresses containing 1,000 BTC or more). Last year, looking at the same month, there were about 100 more whales.

In this sense, experts point out that BTC is being targeted at holders with less Bitcoin instead of large whales. And that suggests that whales are selling.

According to information from Whalemap.io, in the past few days, the whales have moved. Alongside this, there have been large Bitcoin inflows on exchanges, suggesting that whales are trading.

Therefore, experts point out that this may be the time to sell and then wait to see how the market will behave.

Furthermore, according to analysts, although exchanges are receiving a lot of BTC, there are not a large number of USDT or stablecoins being minted.

This indicates that there are more Bitcoins being offered for sale than dollars to buy them. In other words, there is a greater supply than demand that can result in falling prices.

Read also: Trader who predicted Bitcoin drop in 2019 says high is over

Read also: Day trade only works for rich and experienced, says professor at B3