WordPress
Home News "They fell in the LBLV coup because of Ronaldinho Gaúcho", says victim... 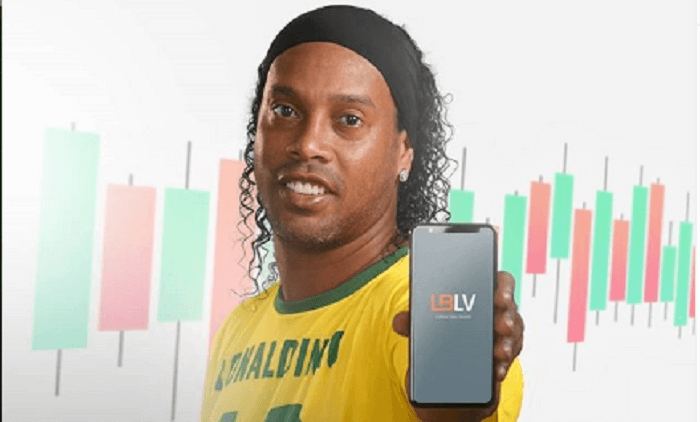 "Everyone was influenced by Ronaldinho Gaúcho," he told Bitcoin Portal the specialist in Economic Criminal Law Paulo Vianna, a lawyer at Fernando Martins who represents 30 victims of the LBLV investment platform. According to him, the losses of these customers alone represent about R $ 10 million.

The LBLV brokerage, whose poster boy is the ex-star of the national team, is accused of scamming several Brazilian investors. The fraud comes from promises of financial gains in the forex market – a type of trading prohibited in Brazil.

The LBLV has also been banned from operating in Brazil since July last year, when the Brazilian Securities and Exchange Commission (CVM) issued a stop order for irregular customer acquisition.

Ronaldinho and LBLV at MPF

According to the history of cases already shown by the Bitcoin Portal, the image of Ronaldinho Gaúcho has always been seen by LBLV investors as a motivator when applying to the business.

"We will train you to win," says the player in one of the promotional videos. It is worth remembering that Ronaldinho already had to testify at the São Paulo MP about a pyramid case with bitcoin and was also cited in a class action in Goiás.

According to Vianna, the entire survey of the case – which included a thorough investigation by an intelligence company in Rio de Janeiro – is already in the hands of the Federal Public Ministry (MPF) and Ronaldinho was also cited.

The study was supported by the Ministry of Justice and Public Security, the National Secretariat of Justice (SNJ).

After the opinion of the MPF, the next step will be to request help from the departments of Justice in several countries, especially Interpol and Europol.

After taking the case, Vianna said she hired the services of the company Montax Inteligência. The goal was to find out who was behind the website www.lblv.com.br, still on the air.

According to the lawyer, the request for the survey was a way to advance the process.

"For a long time, it is not enough for the lawyer to file the lawsuit without first knowing the location of the assets and the main actors involved," he explained.

The study, published on the Montax Brasil website, not only reveals details of the controversial LBLV, but of a criminal group that has been operating for years.

It is an Israeli company headquartered in the Seychelles – in a commercial building in the city of Victoria.

According to the team, they are always the same national and foreign fraudsters already banned and who come back with different names.

According to the director of Montax, Marcelo Montalvão, also a specialist in Economic Criminal Law, as it is a complex case, everything took a bit of work, but identifying the controllers was more difficult.

The company obtained evidence of financial crimes and nonconformities in Brazil, practiced by both foreigners and nationals; and evidence of the connections between them, as well as their financial assets.

"In a very robust and satisfactory way, today we have all this information," said Vianna.

He referred to information obtained from the Seychelles Financial Services Authority (FSA), the country's financial services regulator. As he explained, he has already filed a lawsuit with the Federal Public Ministry, which is at the stage of prosecutors to analyze the evidence that was gathered.

“I believe that with such a large number of evidence from the investigation that we carried out, it will already considerably reduce the work of public prosecutors and the Federal Police. Being able to ratify the evidence and provide guidance for an investigation ”, he said.

“The LBLV has two cores: a‘ Business Core ’, which we know who they are; and a ‘Financial and Technological Core’ ”, revealed Vianna.

According to him, the ‘Financial and Technological Core’ is formed by Brazilian citizens who intentionally participated in the scheme as intermediaries. In the study, they are branded as “serial fraudsters”.

"We already found out who they are too," said Vianna.

The identified suspects are found in Brazil, Europe and Israel.

The team even obtained equity information from the scheme's controllers and financial arms.

Israel, in fact, may have been the cradle of several coups, more precisely, its capital Tel Aviv. It was there that the scams started with the BinaryBook and BigOption binary options platforms.

In view of the information revealed, IQ Option, currently a darling of many Brazilian traders, may be one aspect of the Tel Aviv frauds.

According to the company, the study covered an entire online fraud industry – which even depends on social networks – which sadly seems untouched by governments.

The LBLV, however, invests more over the phone. In addition, there is the sporadic endorsement of one of the greatest players in the history of football.

On Instagram alone, Ronaldinho had 52 million followers. There is a range of photos of him endorsing the possible LBLV scam.

Both LBLV and IQ Option are part of the same scheme, according to Vianna.

"We have clear evidence of the performance of the same actors found in the LBLV who belong to the same criminal group / organization," said Vianna when asked about the IQ Option.

According to the Montax study, the majority of LBLV brokers are young Israeli dual-national immigrants.

They are French, Russian and Brazilian Jews who have moved to Israel and operate a real betting industry and online businesses.

“Investors are seduced by the promise of easy and exorbitant profits. They are deceived on the basis of an ancient 'mental trigger': good old greed, "says the publication.

According to the lawyer, the firm chose to conduct the process through Criminal Justice in order to have the support of the Brazilian government.

The argument is that the Union also suffered losses, since the money raised by the LBLV could have been invested in the Brazilian Stock Exchange.

The fact is that the internet has opened doors for criminals to act from anywhere in the world; in Brazil there are several in activity.

The CVM, for example, has the power to prohibit misleading offers like those of the LBLV. Only because they are from outside, they continue to act.

About this, Vianna concluded:

“In fact, it is difficult to control the activities of criminals on the Internet, especially in the continental country like Brazil. But the issue is much more serious, it is a foreign attack on the Brazilian nation through the practice of ‘economic terrorism’; an attack on national economic sovereignty ”.

In the video below, Ronaldinho advertises the company: