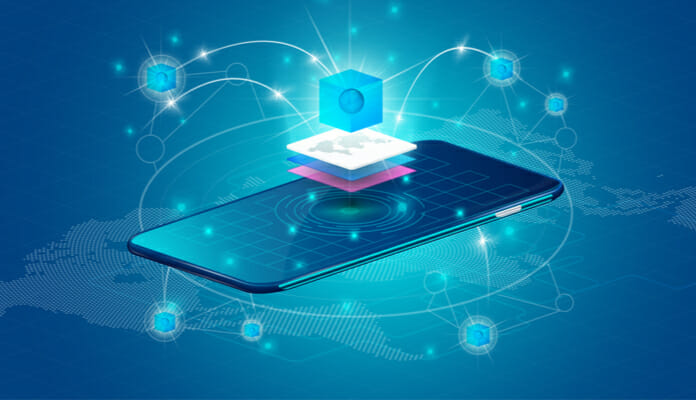 When we talk about blockchain technology most people think of cryptocurrencies.

This association is fair since it was through pioneers like Bitcoin that more and more people are discovering this peer-to-peer system, which has tremendous transformation potential for financial transactions.

In the commercial sphere, curiosity about this technology was translated into innovation and experimentation. This has given rise to an increasing number of blockchain-based business models. Let's look at some of the main ones.

History of the traditional business model

Before looking at the new business models resulting from the blockchain, it is vital to provide a historical context about conventional business models.

Basically, the conventional business model is characterized by companies that offer goods or services to make a profit. This will be achieved when the consumer purchases that product or service at a predetermined price.

Generally, pricing strategies are determined based on the expenses involved in the process of providing a service or producing a commodity. In addition, all business models often employ a standard centralized structure. This structure comprises the main stakeholders that include;

When blockchain technology entered this scenario, companies began to explore new ways of doing business, now as decentralized entities. Essentially, a blockchain business model has the potential to alter elements such as the composition of shareholders, the flow of transactions, profits or the guarantee that growth will be sustained during the change.

Blockchain as a Service (BaaS)

This approach is the most prevalent today when it comes to blockchain business models. It is characterized by offering an ecosystem for companies to manage their framework Blockchain. Using this structure, companies can investigate, conduct trials and develop research.

On the other hand, consumers, mostly companies and startups, are not required to understand how the blockchain operates and do not need to configure it before using it. In addition, the model also eliminates the need for hardware components.

This allows companies or startups, end users, to direct their time and work in aspects geared to their growth. Microsoft Azure and Amazon AWS represent good examples of ventures based on the Blockchain as a Service (BaaS) business model.

It is indisputable that the popularity of blockchain technology has grown significantly compared to when it was introduced in 2009. As a result, the chances of this technology reaching mass adoption are also increasing.

One of the ways in which companies can prepare for this new range of possibilities is by acquiring a blockchain solution and incorporating it into their framework. This branch opens up a range of opportunities for blockchain companies to come up with solutions that can be launched for some of the leading organizations worldwide.

Offering blockchain-based software can be a profitable endeavor, as its developers will be paid for the solution, but they will also gain by offering maintenance support after implementation.

An example of this solution is the blockchain MediaChain that was acquired by Spotify.

We all know that the main concept behind blockchain technology is its peer-to-peer configuration. Consequently, blockchain enables end users to relate directly, without an intermediary.

This model can be turned into a revenue channel through a variety of approaches, including BaaS, which we have already seen, as well as through tokens, which will be covered in the next subtopic.

One of the companies that runs a P2P business model is Filecoin, which offers a platform for data storage and sharing. The viability of the Filecoin model is based on a dynamic in which anyone who maintains files for other users receives a Filecoin token for their service. The company also provides mining software that allows users to share their free storage space.

This is another blockchain model that is becoming increasingly popular in this sector. Ripple is one of the companies that uses the utility token business model, as this mechanism feeds the network, in addition to enabling activities on the network in different ways.

Essentially, companies own some of the utility tokens and release the rest to facilitate network functionality. Profits are generated whenever the value of the token is changed.

We recognize that this technology is still in the process of maturation. Currently, most companies and startups are investing heavily in offering unique blockchain solutions to different problems.

This context gave rise to a new business model, which can be implemented through approaches such as the development of applications that lead to the establishment of the blockchain infrastructure. The applications in question provide utility to the end user through blockchain and cloud (cloud computing) technology, resulting in rapid development.

This model concentrates the services offered by the main specialized development companies for startups or established companies. These services typically involve mechanisms to prepare these organizations for blockchain technology, once it reaches mass adoption.

Services include consulting, marketing, creating legal documents, auditing and developing hardware and software, among others.

To conclude, we can say that the emergence of blockchain is similar to what was the internet revolution a few years ago. The internet made it possible for companies to transfer back activities and the involvement of customers to the online sphere, obtaining greater efficiency. Blockchain has the potential to be the next evolution in how business is conducted.

Fares Alkudmani has a degree in Business Administration from Tishreen University, in Syria, with an MBA from Edinburgh Business School, Scotland. Since January 2019, he works at the cryptocurrency company Changelly as general manager for Latin America.