Home News The startup that is taking luxury fashion to the metaverse — and... 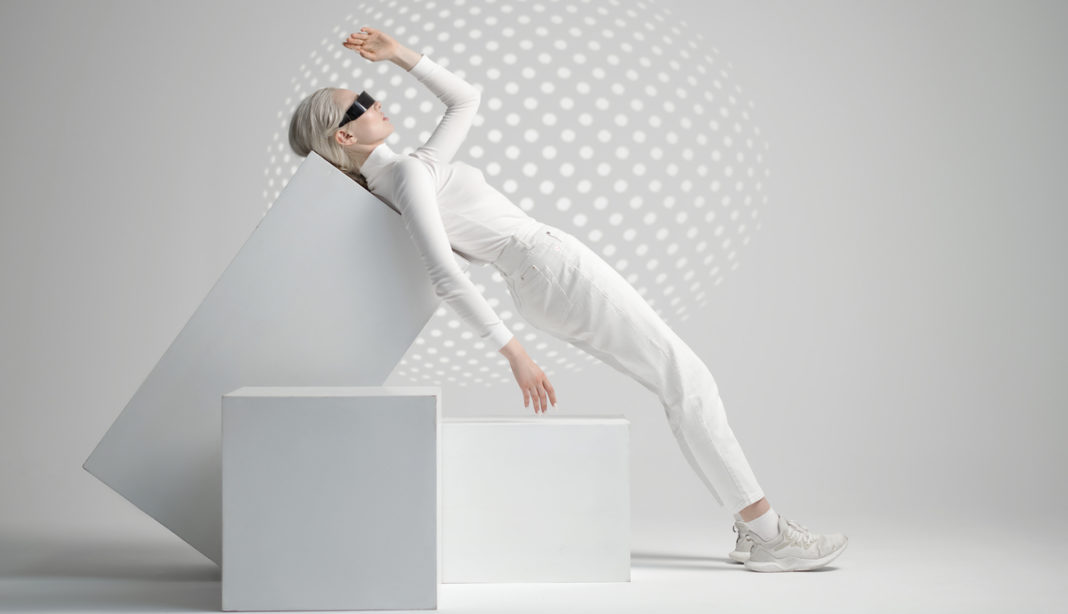 Emma-Jane MacKinnon-Lee runs at full speed down a street in San Francisco’s North Beach neighborhood like she’s about to miss a flight.

Pink and orange hair flutters behind an all-black uniform as she turns a corner, up a slope, and into a Victorian house.

This path is common for MacKinnon-Lee, 23, CEO of Digitalax, a startup that aims to create the first “fashionable operating system for Web 3”.

MacKinnon-Lee and his six-person team develop markets, platforms, infrastructure, outreach programs, tools for digital fashion designers – anything that can help bring the Web 3 currency market together is fair game.

This explains why MacKinnon-Lee is always running.

MacKinnon-Lee is at the center of an industry that barely existed a year ago, started to grow absurdly in the last ten months, and three weeks ago practically exploded with the staggering news that the fashion collection in non-fungible tokens (or NFTs, the acronym in English) of Dolce & Gabbana (D&G), the first of its kind, was sold for almost US$ 5.7 million.

The D&G auction offered a glimpse of the fashion’s potential to become the next focus of the massive NFT market that, in the third quarter, generated $10.7 billion in trading volume.

However, fashion, unlike other popular NFT categories like art or trading cards, is not just collected, it’s dressed.

This usefulness is fundamental to the surprising potential of digital fashion to dominate not only the NFT market, but to become a foundation for the still nascent metaverse.

As everyone from Facebook (now Meta) to Sotheby rushes to make money in a completely immersive online world, few industries will earn more on this digital front than fashion.

The market for in-house and purely virtual apparel and cosmetics is already valued at $40 billion.

As the metaverse begins to expand, many predict that the market value of digital fashion could approach or even reach $2 trillion for the physical fashion industry.

The fashion battle for the metaverse

Control of the metaverse is in dispute.

Meta is zealously spending to establish itself as the king of a centralized metaverse, where activities and transactions take place within the walls of massive virtual realms; others view the metaverse as a decentralized utopia, where players roam freely across platforms, taking digital items and valuable data with them.

“It’s a feudal era,” preached Yat Siu, co-founder of Animoca Brands, the parent company behind metaverse games like Axie Infinity and The Sandbox, in a recent appearance at the 3D Tech Festival 2021.

“We are constantly giving up our most valuable resources [dados pessoais] to platforms. The result is the enrichment of these platforms. But that is changing. We are going from the North to the South of the world, stating that you must be in control of your own property. Don’t work for the landlord. Work for yourself. That [descentralização do metaverso] it’s a revolution. A bloodless revolution.”

D&G’s recent triumphant entry into this world is a great indicator that the war is on. The couture icon’s initiative is a strong argument that the biggest fashion brands will retain their influence in this new era.

The immense amount of texts that he publishes almost daily on the Digitalax blog and the monthly magazine about the metaverse DIGIFIZZY is full of references to “democratization” and “anarchy”.

A large part of the company’s dizzying number of projects are focused on spreading digital fashion to people (for example, cooperative economic models that allow independent designers to collaborate on works and share their governance and copyright).

MacKinnon-Lee is Australian. He studied aerospace engineering at the University of Sydney before dropping out to work at a cryptocurrency fund specializing in hedging against black swans: betting on severe market fluctuations caused by extremely rare and unpredictable events.

This trajectory is no accident: MacKinnon-Lee is betting that the fashion industry is about to undergo a seismic shift, thanks to the metaverse.

It’s a change that could put trillions of dollars at stake. She is doing everything to make that possibility a reality.

“We are developing a fashion industry on native and decentralized principles to empower designers, creators, collectors and carriers instead of fashion being extractive and exploitative, where only a few brands are at the top, getting the biggest share,” he explains.

The beginning of the new era of digital fashion

So what exactly is “digital fashion”?

The term, like everything else in the metaverse, is still solidifying. Until now, it refers to any garment created, in part or completely, in a digital scope.

This could mean physical apparel with digital counterparts, augmented reality filters that zoom in on live photos or videos, or fully digital wardrobes for avatars in online games and metaverses.

“When I started this, I talked to my 11-year-old cousins ​​and they said, ‘Of course this makes sense to us,’” recalls Daniella Loftus, a member of Red DAO, the crypto group that led the D&G auction with $1.9 million in acquisitions, shaking the fashion world.

“But everything else says, ‘I have no idea what you’re talking about.’ My cousins, of course, buy skins at Fortnite. And if you didn’t have the correct skin on Fortnite, you would be crushed on the playground.”

There will be three billion players by 2022, according to a study by Newzoo. Loftus says: “People are going to need to wear something.”

Red DAO members consider their role in the digital fashion industry to be closely intertwined with promoting the usefulness of wearable NFTs.

“We’re not just here to buy a bunch of NFTs and let them sit down,” explained Megan Kasper, another member of Red DAO.

When she appeared on Yahoo Finance, she wore a beryl crown, gold earrings and a purple necklace that looked like an alien exoskeleton. All were made by digital fashion retailer DRESSX.

The D&G auction attracted unprecedented attention and capital to virtual fashion. However, if traditional brands like D&G get their share of the digital pie, they will soon have to choose sides in the war for the metaverse.

Perhaps it’s not surprising that their interests may align more with decentralized disruptors like Digitalax than with giants like Meta.

“I don’t want to buy Gucci shoes on every platform,” explained Kaspar. “You’re going to want to buy a pair and be able to move it around and sell it.”

The crux of interoperability

Kaspar is talking about interoperability, one of the main points of tension in the metaverse debate.

The House of Lannisters on Web 3, like Meta, will prefer that virtual goods cannot be moved smoothly across platforms. For these companies, interoperability would mean less control over vendors and products.

On the other hand, advocates of decentralization believe that the ability to take your items with you, wherever you go, should be one of the main rights of a democratized metaverse.

Digital fashion pieces are some of the first products that raise this issue and currently cannot be moved around freely.

D&G auction items were only available to its winners on a single game platform of the winner’s preference.

This is not ideal for those who want to stroll through the metaverse with an expensive luxury digital good; you’ll want your Gucci digital bag to go with you from virtual Brentwood to virtual WeHo.

Thus, the entry of traditional brands such as D&G could accelerate the pressure for developers unwilling to tear down their walls.

“In 2021, we’re much closer to this tipping point than last year,” says Sebastien Borget, co-founder of the game in The Sandbox metaverse.

“Over the last ten months, we’ve seen an acceleration in the number of brands, physical brands, that have agreed to join a metaverse based on NFTs. Over the next decade, I will be optimistic that this will have happened by now. Companies that do not join will go through a big downturn or decline.”

Perhaps the biggest challenge in this regard is technical. Currently, no file format allows the same outfit to roam across all major platforms, existing seamlessly in pixelated Minecraft and Fortnite’s vivid, three-dimensional landscapes.

Any magic that allowed Bugs to pass through every type of painting that is on display in the Louvre, this is the holy grail to the metaverse. It’s on the minds of everyone involved in digital fashion.

“If you can develop a unicode for digital fashion, it will literally be the most brilliant invention,” said Loftus. Her voice practically fails to speak of the hypotheses. “This needs to happen.”

MacKinnon-Lee is trying to develop it. The great weapon. His team at Digitalax is close to creating an interoperable 3D file format called DASH, claiming it will allow digital fashion pieces to freely navigate across all gaming platforms.

In October, Digitalax launched DASH DAO, an autonomous decentralized organization (DAO) that aims to support and encourage the launch of the program.

DAO is currently tweaking the program and has not yet provided a release schedule.

When it is released, the choice to accept or resist interoperability will be unavoidable. Fashion will likely be the terrain (arguably the most attractive) on which the fundamental battle for the fate of the metaverse will be fought.

What if, at the moment of truth, certain companies resist the wave of decentralization? “There will be no future for these people,” predicts MacKinnon-Lee.

He tapped his foot, but stopped when discussing the war for the metaverse: “[As principais empresas] they are so wrong to think that things don’t change. They don’t feel the tectonic shift about them. Twelve months ago, if you asked me, I would have said maybe five years from now, but now, seeing what has happened to the market… No way. It will be next year. It’s coming a lot faster than we could imagine.”

MacKinnon-Lee’s eyes light up when he talks about ousting the fashionable Web 2.0 aristocrats. His voice calms down. “It will be the biggest arbitration in history, literally. When people realize it, it will be too late.”