Home News “The cryptocurrency market is tainted,” says a senator who wants to regulate... 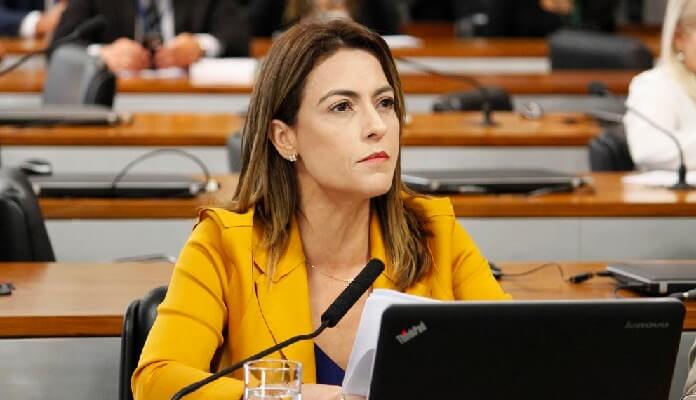 "This market is in a gray area where no one knows what is right or wrong". It was with this phrase that Senator Soraya Thronicke (PSL-MS) pointed out the need to regulate the cryptocurrency sector in an exclusive interview with Bitcoin Portal.

Thronicke spoke about his bill (PL 4.207 / 20) and argued that it seeks to provide legal certainty and curb fraud in the sector, making the practice of financial pyramid with these assets a federal crime.

During the interview, the senator was accompanied by advisers from her team. For editing purposes, interventions were included alongside Thronicke's responses. Read below the main excerpts of the conversation:

Bitcoin Portal – Your project states that cryptocurrency trading can only be done by a company that is at least Limited. Why this measure?
Soraya Thronicke – It is to bring legal certainty. I received some criticism from me, as a liberal in the economy, I would be plastering and regulating the market too much. In fact, minimum regulation is even more necessary when we see the reliability of the Brazilian market for foreign investors. Today, it is simple for someone to open a legal entity. This is no reason to say that we are putting on too much. There is no way to operate only with the CPF.

Don't you think that this can harm the market and throw individual traders, called p2ps, into illegality?
Any company in the Financial System must be a PJ and if you need a partner it is because you have to provide security. There are many people in the stock market who invest on their own, but do not sell to third parties. On the contrary, the idea is to encourage and open the market.

Although the PL provides for increased punishment for these frauds, what we have is the same provision in the law on crime against the popular economy. What happened?
The objective was only to typify and not increase the penalty on the act of organizing, managing, offering portfolios, intermediating operations for the purchase and sale of virtual assets. If there is a desire by the National Congress to increase, we will discuss it during the process. But I want to clarify that it is not because the crime against the Financial System is being done with cryptocurrencies, that we are not going to increase the penalty.

What is the reason for bringing a device to separate cryptocurrencies in custody from the company's equity? Did you hear about the cases of Atlas and Bitcoin Bank?
Yes, all the problems and bottlenecks served as inspiration for the bill. It is important that customers' cryptocurrencies are kept separate from the company's equity. In a bankruptcy or bankruptcy there will then be a guarantee that these assets are not really owned by the company. From a technical point of view, this was inspired by the real estate development law itself, bringing the concept of earmarking assets that the Central Bank used in 2013 to create all the means of payment. There was no point in any other cryptocurrency regulation project that is already a reality in other sectors.

How will the Central Bank supervise cryptocurrencies in practice as a payment arrangement?
That it is also a challenge for the Central Bank. The market is adapting to internal regulations. ABCripto (Brazilian Association of Cryptoeconomics) even went to Coaf (Council for the Control of Financial Activities) to report suspicious transactions and did not find the environment that was ready. After much insistence, a way of working with these transactions was created within the agency. We are making the minimum of legislation working with existing legal concepts as a trust. The bodies such as Coaf, CVM (Securities Commission) and the Central Bank are adapting in their areas.

Why was it not addressed in this project on defining the legal nature of cryptocurrencies?
From a technical point of view, the idea is to let the taxonomy of the asset be discussed even within the BIS (international forum that involves discussions with central banks on monetary and financial regulation). It is not now in a legislative project in which the Brazilian market represents 0.5%, according to the Federal Revenue Service, which needs to define the category of the asset. The idea is to protect consumers who have, for example, R $ 50,000 in FGTS and want to invest in a different asset other than fixed income or savings.

What is the purpose of proposing the creation of the National Register of People Politically Exposed (CNPEP) in a bill that deals with the regulation of cryptocurrencies?
This is a necessary measure for us to be part of the OECD (Organization for Economic Cooperation and Development), so we made a point of putting it into this bill. From a technical point of view, today there is no private entity that does this consultation service for the purposes of PEP (Politically Exposed People) and in the Central Bank legislation that comes into force now in October the entire credit market will have to go through this adequacy. This proposition was also made by us in the amendment to provisional measure 958 that dealt with emergency aid in granting credit during COVID-19. Following the best technical recommendations from Gafi (Financial Action Group against Money Laundering and Terrorism Financing), we understand that this is a sensitive point not only for the cryptocurrency market, but for credit in general.