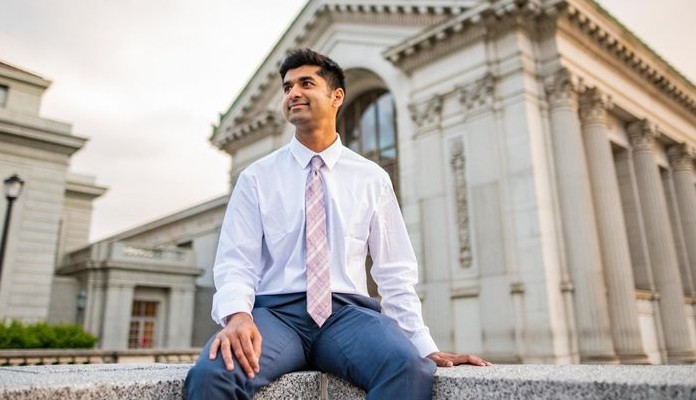 American programmer Neel Somani seems to have as his motto the saying “if life gives you broken eggs, make an omelet”. He is trying to use his own misfortune and turn it into a springboard for future flights, after having his career hit hard by the meltdown of cryptocurrencies LUNA and UST, from the Terra project.

In April of this year, the 24-year-old quit his job at Citadel, one of the largest investment firms in the world, to dedicate himself full-time to a blockchain-based project created by South Korean entrepreneur Do Kwon. At the time, he tweeted: I quit my job at Citadel to undertake on Web 3, on Terra”.

Shortly after, in May, the cryptocurrency world came crashing down. The Terra project collapsed – the LUNA token, which was worth almost US$90, went to virtually zero in a few days – and took the market with it, with losses exceeding R$1 trillion. Somani then tweeted again: “I quit my job at Citadel and got screwed on Web 3.”

The tweet went viral and Somani quickly became the symbolic character of the collapse. He was interviewed by The New York Times and his story was told by the Market Watch portal – and now by the Bitcoin Portal. Catapulted from anonymity to fame by tragedy, ironically, he now tries to turn the spotlight into a new opportunity.

I quit my job at Citadel to get wrecked in web3 https://t.co/qQQ6oDVZK2

Graduated in Computer Science from UC Berkeley, Somani interned at Google in 2017 and worked at several companies until arriving at Airbnb in 2019 as a software engineer. Then he made the jump to the financial market: in September 2020 he joined Citadel and, in July of the following year, he became a quantitative research analyst.

But his attention was focused on Web3. “I really like the Web3 vision, I think most of the current systems will be replaced by crypto projects. That’s why I wanted to be a part of it,” he says. And he had eyes especially for the Terra blockchain and the UST token: “I really like the idea of ​​algorithmic stablecoins and I think there is a great need for them.”

In this way, Somani left his comfort zone and resigned from Citadel to work on his own project, called Terranova. The idea was a tool that would allow applications developed for the Ethereum blockchain to run on Earth without having to recreate the code – both use very different programming languages.

Things improved when, two months later, he was selected for a fellowship at Terra Hacker House, a project incubator funded by Terra himself. The scholarship money allowed him to cover his living expenses and focus on the project. Soon after, the future got even brighter: investors were willing to put $10 million into the Terranova project.

When it seemed that everything was going to work out, the dream turned into a nightmare: UST and LUNA melted down, caused one of the worst crises in the history of the crypto market and, suddenly, became a kind of toxic asset: no one wanted to have anything to do with these cryptocurrencies anymore. . Investors withdrew the offer and Somani found himself penniless and with a project based on a blockchain that everyone wanted away from. The solution was to vent on Twitter – and become a near-celebrity, unintentionally.

After the storm, the programmer says he doesn’t feel any grudge against Do Kwon, the project’s founder. For him, the melting of the Earth was an economic problem and not the result of a coup, the creation of a financial pyramid or a Ponzi scheme, as several investors defend.

“It was an economic problem behind the ballast system on which the project was based. There was no coordinated attack or a software issue. The incentives were not there to avoid the loss of UST’s ballast”, he justifies.

Contrary to what one might imagine, Somani does not say he is bitter or resentful. His new goal is to attract the spotlight of fame to get to build a new project – away from the Terra blockchain – about which he still doesn’t want to reveal details. “I take everything lightly,” he assures.