Home News South Korea tries to freeze BRL 360 million in Bitcoin from Do... 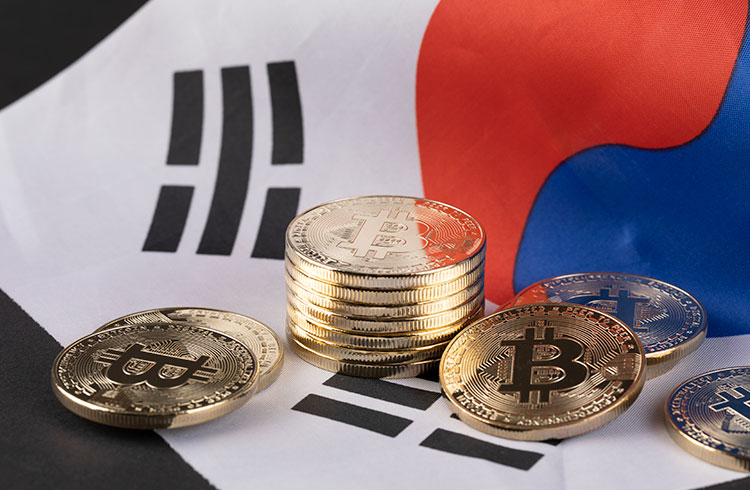 Last Monday (26), as reported by CriptoFácil, Interpol issued a search and arrest red alert against Do Kwon, founder of Terraform Labs. Now, South Korean authorities are trying to block 3,313 Bitcoins (BTC) linked to Kwon. In reais, this is equivalent to more than R$360 million.

According to a report by CoinDesk Korea this Tuesday (27), the blocking request was made by the South Korean authorities to the cryptocurrency exchanges OKX and KuCoin, which operate in the country.

Bitcoin movement by Do Kwon

According to the report, the Bitcoins in question were transferred to exchanges’ digital wallets shortly after the issuance of an arrest warrant against Do Kwon on September 14.

The country’s authorities accuse the businessman of violating securities laws. The warrant was issued a few months after the Earth (LUNA) ecosystem collapsed in May of this year. It is estimated that the demise of the project led by Do Kwon resulted in losses of around R$ 15 billion (US$ 40 billion).

The decline of LUNA and the Terra USD stablecoin resulted in a market downturn and the bankruptcy of several companies in the industry, such as crypto hedge fund Three Arrows Capital (3AC) and Voyager Digital LLC.

Prosecutors are investigating the circumstances of the transfers, including the possibility that BTC could be used for money laundering and escape.

Earth Collapse (LUNA) and Searches for Do Kwon

Since the collapse, Do Kwon has been the subject of several investigations. Also in May, as reported by CriptoFácil, South Korean lawmakers summoned Do Kwon to provide clarification on the collapse of UST and LUNA. In addition, after the project’s crisis, the country also started to carry out “emergency inspections” on local exchanges.

Then, South Korean prosecutors banned the developers and former developers of Terra from leaving the country. Meanwhile, the US Securities and Exchange Commission, the SEC, has also started investigating Do Kwon. The SEC is investigating, in particular, whether the sale of UST before the crash violated investor protection regulations.

More recently, on September 14, a court in South Korea issued an arrest warrant for Kwon. At the same time, he revoked his passport two days later. However, the executive had already left Singapore by that time. As a result, the authorities were unable to track him down.

Do Kwon says he’s not on the run

In the meantime, Kwon took to Twitter to defend himself against the leak allegations. The Terraform Labs CEO said he was not running away, but organizing his defense against the case brought against him. Kwon also ironically responded to those who asked why he didn’t reveal his current location.

“Unless we’re friends, have plans to meet up, or are involved in a GPS-based Web3 game, you have nothing to do with my location,” Kwon wrote.

Meanwhile, South Korean prosecutors insist Kwon is on the run and refuses to cooperate with authorities. Even so, Kwon once again took to Twitter to say that he “make no effort to hide.” He also stated that he continues to take “walks” and frequent shopping malls.

Now, Interpol’s red flag should make the executive’s life difficult. With the alert, he became an international wanted for justice. That is, if Kwon enters any of Interpol’s 195 member countries, he will be arrested and extradited.

Read Also: Newly Appointed CEO Of Kraken Says He Has No Intention To Register With SEC