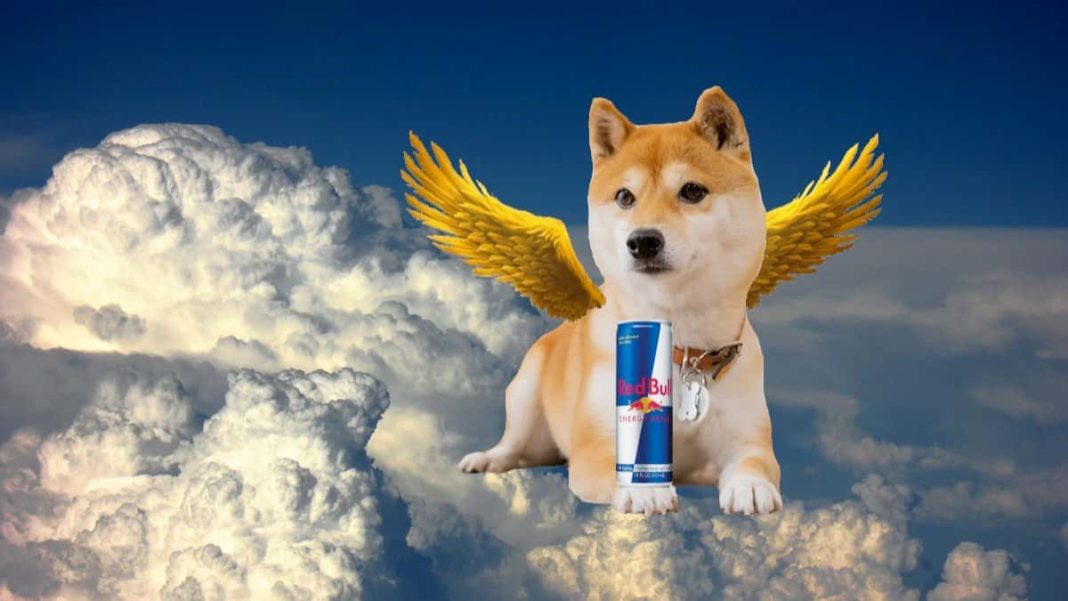 Tweets from major Shiba Inu-related accounts sparked the imagination of the ShibArmy community by hinting at a future partnership between SHIB and Red Bull.

It all started with this simple invitation on the 18th of April 2022, followed by a new tweet the next day and an email sent to the Red Bull team on the 26th of April, which was answered on the 27th, as reported by Shiba Inu influencer account, MILKSHAKE (@shibainuart).

ShibArmy is how the community identifies itself, joining Shiba with “Army” – army in English.

The innocent invitation for SHIB and Red Bull to fly together seems to have had some positive effect, since a month after the supposed first contact, MILKSHAKE returned to post on the social network about the subject, confirming that there was a meeting and that, apparently, it was quite productive.

So far Red Bull has not commented on any partnership or meeting.

SHIB and Red Bull give wings to the imagination

All information needs to be handled with great care, as the Shiba Inu community is known for spreading rumors that are not always what they seem, as it is a very engaged, enthusiastic and “quick trigger” community when it comes to twitter. and other social networks.

Even though SHIB and Red Bull don’t fly together, information flies pretty fast, but speculating is also part of the fun and it doesn’t hurt to create theories and imagine.

Red Bull is an energy drink brand known for the slogan: “Red Bull gives you wings” and apparently this is what any possibility of partnership between the ShibArmy community and the great company that has been positioning itself in the extreme sports scene for some years would be about.

Therefore, taking risks and “flying high” are concepts linked to both groups.

The day before MILKSHAKE’s confirmation about the interview, another relevant Shiba Inu-related account, @ShytoshiKusamaan anonymous developer in the SHIB ecosystem, also tweeted about an alleged conversation with the Red Bull team.

Even without anything really confirmed, ShibArmy was also quick to trigger the purchase and, apparently betting on a commercial or advertising relationship between SHIB and Red Bull, made the price of the asset rise about 5% in 24 hours, according to Coingolive. , even at a time when the entire market seems to lose value, following the world’s stock exchanges.