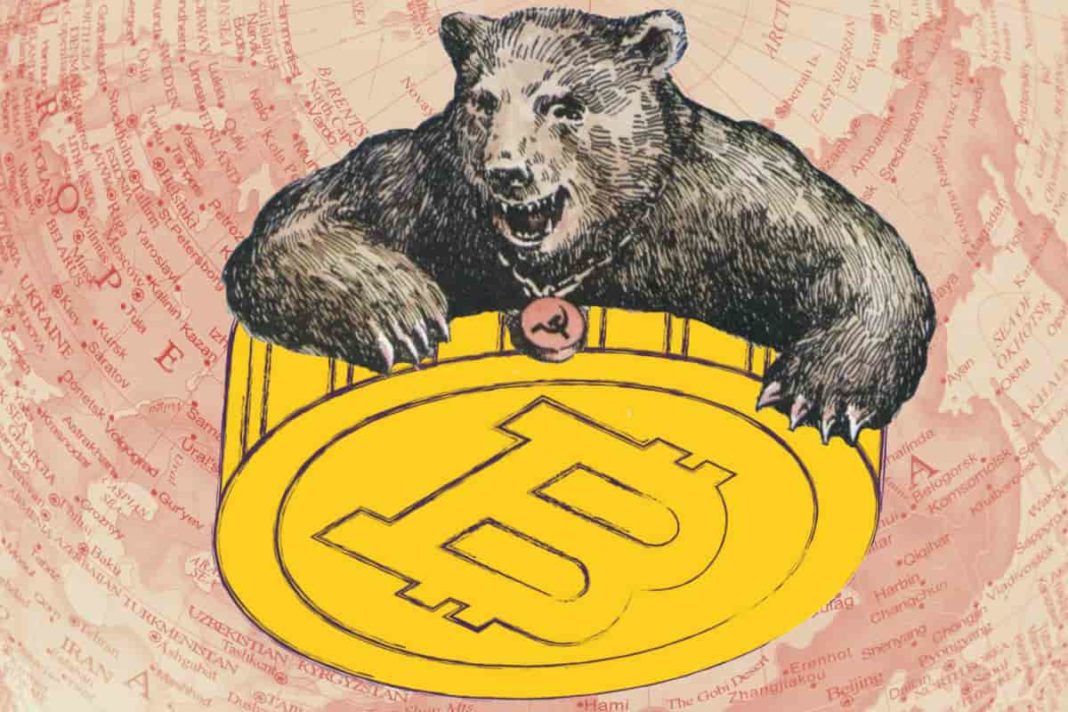 While the Central Bank of Russia feels threatened by bitcoin, the country’s Ministry of Finance is proposing the classic regulation of the sector.

President Vladimir Putin has already endorsed the advantage of cryptocurrencies for the country a few times, so now the ministry is feeling free to determine who can and cannot enter the market.

Understand how regulation, in the end, prevents any “danger” of free competition.

Ministry of Finance will capture Bitcoin instead of banning it

According to a report by local media RBU on the 27th, the Russian Ministry of Finance is proposing a modality of regulation that would make cryptocurrency transactions in Russia be done through traditional financial institutions.

As part of the proposal, the Ministry wants robust KYC protocols to track regulated virtual currency transactions in the country.

Even with the Central Bank’s scrutiny of cryptocurrency mining and, as it was called, “pyramid scheme”, civil servant Ivan Chebeskov, who works at the Ministry of Finance as director of the Department of Financial Policy, opposed the proposed ban. general of cryptocurrencies.

Chebeskov also said that the financial authority has already prepared a regulatory framework and submitted it to the government apparatus.

According to the civil servant:

“Here, it is necessary to provide opportunities to develop these technologies (mining, etc.). In this sense, the Ministry of Finance is actively involved in the development of legislative initiatives in terms of regulating this market.”

According to him, the regulation of the industry is a better step to be taken.

Industry regulation is a better step to take – why?

As it is not a productive economic agent, it does not generate wealth, any opportunity to capture a productive sector is advantageous for the State. Remember that national governments’ revenue comes entirely from the estate known as a tax.

Regulating a productive sector was the method used before the Second World War by fascists to achieve their political goals. At the time, too, the objective of the communists, on the other hand, was the direct nationalization of the means of production.

From the 1980s onwards, in the post-war period, the method began to be shamelessly used by most national economies. The fashion emerged in England, but countries that adopted their own privatization programs created secretariats and regulatory agencies as a way of maintaining state control over the now privatized sectors.

Various regulatory agencies were created to control the newly privatized state monopolies. The result is that all major sectors of the world’s major economies are now directly under the control of their respective governments – and now Russia wants control of cryptocurrencies.

In the end, regulatory agencies are nothing more than a bureaucratic apparatus that end up cartelizing the respective regulated sectors — formed by the companies of the “friends of the king”. It is by determining who can and cannot enter the market, and by specifying which services the chosen companies can or cannot offer, that regulation removes any “danger” of free competition.

While the Russian central bank maintains a tough stance against cryptocurrencies, Russian President Vladimir Putin in recent days has offered some endorsement for cryptocurrencies, especially the mining sector.

As previously reported by Cointimes, Putin argued that the Russia should win some”comp advantagesandtitives” by allowing cryptocurrency mining activities.

According to Bloomberg, some government sources have claimed that Putin is interested in regulated cryptocurrency mining that will utilize the country’s excess electricity supply.

Russia is the third largest cryptocurrency mining destination in the world, behind the United States and Kazakhstan in terms of hash rate distribution.