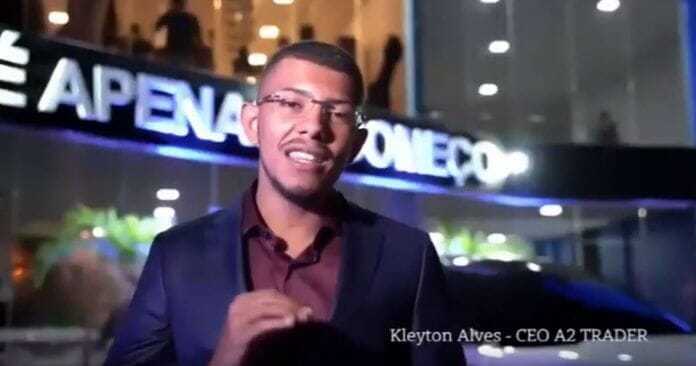 The Public Ministry (MP) of Rio Grande do Norte will investigate the performance of the now extinct investment company A2 Trader and its responsible Kleyton Alves Pinto in the market for suspected financial pyramid. The prosecution decided to launch a civil investigation to investigate the alleged fraud and only after that should a public civil action be opened or not.

According to Ordinance No. 4/2020 published last Friday (17) in the Official Gazette of the State of Rio Grande Norte, the investigations will be made by the 5th District Attorney of the Parnamirim District (RN).

The MP, through this survey, seeks “information on alleged financial pyramid practice, by paying values ​​to people by recruiting other people for the scheme”.

The company that had been responding to a lawsuit at the Brazilian Securities and Exchange Commission (CVM) since June 2019, closed its activities two months ago and caused revolt for countless injured customers.

A2 Trader, which promised a 4% yield a day, had the closing announcement made by its sole manager, Kleyton Alves, in a video aired on November 5 on Instagram. The company was no more than a CNPJ of an individual microentrepreneur (MEI).

The fact that the company appears as written off in the Federal Revenue, however, does not change anything in the investigation to be carried out by the MP. The civil investigation is promoted by the body in order to determine whether or not the fraud exists.

In addition, the Public Prosecutor's Office must raise signs that indicate the identification of those responsible for the alleged fraud. This inquiry took place through the news of the fact nº 02.23.2434.0000507 / 2019-67.

The public prosecutor David Costa Benevides, through the published ordinance, requested Kleyton Alves' notification so that he could provide clarifications about the company.

"At the time, you must bring with you the constitutive document of the company A2 Trader, as well as any documents related to the fact now found", he said.

Function of the Civil Inquiry

According to the Ordinance, the losses caused to consumers should be assessed through this investigation. The company is being investigated for misleading advertising and for the lack of adequate and clear information about the risks of its business, based on art. 6 of the Consumer Protection Code (Law 8.078 / 90).

The civil investigation, according to the National Organic Law of the Public Ministry (LONMP), aims to protect, prevent and repair damages caused to consumers. This investigation also seeks to protect “other diffuse, collective and individual interests that are unavailable and homogeneous”.

Investigations, through this inquiry, should indicate whether there are sufficient elements to initiate a Public Civil Action against A2 Trader.

This type of process, on the other hand, does not necessarily require the initiation of a civil investigation to be initiated. For that, it would be enough for the MP to have elements capable of supporting the just cause of the action.

Still, however, there is no confirmed news about the existence of any lawsuit filed by the MP against the company.