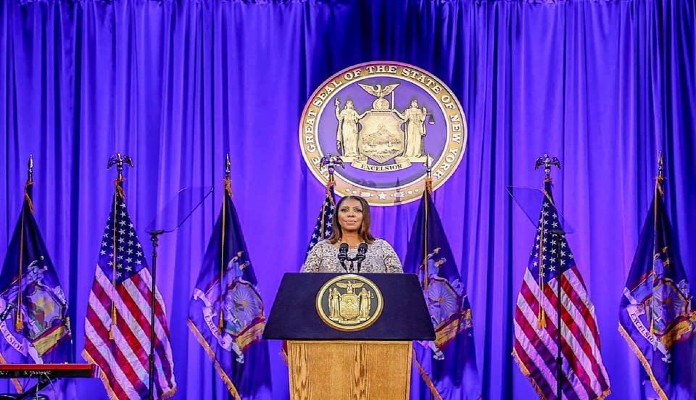 After nearly two years, the legal dispute between the New York Attorney General's Office (USA), the Bitfinex exchange and Tether has finally ended.

In a statement released on Tuesday (23), Attorney General Letitia James said she decided to ban the two companies, which are "sisters", from the US state.

In addition, the two companies were fined $ 18.5 million and will have to submit regular reports to the government to ensure that they will no longer operate there.

According to the prosecutor, the companies deceived customers and the market by lying about their reserves and hiding about $ 850 million in losses around the world.

"Bitfinex and Tether recklessly and illegally covered up huge financial losses to keep their scheme going and protect their bottom line," he said.

“Tether's claims that its virtual currency has always been fully backed by US dollars were a lie. These companies obscured the real risk that investors faced and were operated by unlicensed and unregulated individuals and entities that dealt with the darkest corners of the financial system, ”he added.

What the investigation found

The Attorney General's Office stated that since 2017, Tether had no access to banking services and, therefore, did not maintain – at least for a while – reserves to ensure that each tether was backed by a dollar, as the company claimed.

He also said the company tried to cover up a $ 850 million loss – generated because of its relationship with a Panama company called Crypto Capital Corp – with false statements.

"On October 7, 2018, Bitfinex said 'it does not fully understand the arguments that it intends to show us insolvent', when, for months, its executives had been begging Crypto Capital to return nearly one billion dollars in assets," the statement said. of the Prosecutor's Office.

What you said to Tether

In a text published on Tuesday on their website, Tether and Bitfinex said they "are pleased to have reached a settlement of lawsuits with the New York Attorney General's Office".

However, the two companies said that they had not committed any "irregularities". They also stated that the "value of the agreement that we agreed to pay to the Public Prosecutor's Office should be seen as a measure of our desire to leave this matter behind and focus on our business".