Home News Proof of Participation: what is PoS mining? 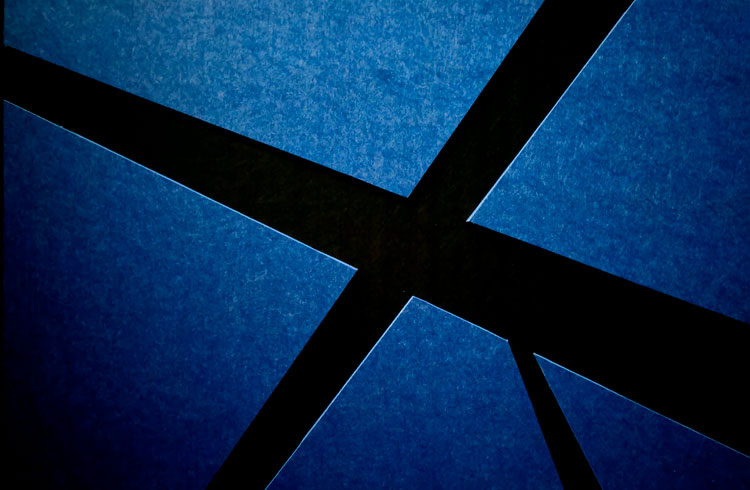 And, in a way, this name is more suited to how this process works. Because if PoW mining requires job to be carried out, in PoS mining it is necessary to prove participation within the network. AND how this is done as well as all the process specific to discover the blocks, is what we will check now. We will see the following points:

What is Proof of Stake?

Proof of Stake, or, as we have already seen, Proof of Participation, is one of many algorithms for cryptocurrency mining. This type of protocol was mentioned for the first time in July 11, 2011. At the time, a forum user Bitcointalk, entitled QuantumMechanic, used the term for the first time when proposing an alternative to the PoW algorithm.

At the time, the user suggested that the Bitcoin could do that change. That is, adopt mining through PoS. “I'm wondering if, as Bitcoins become more widely distributed, if a transition from a proof-of-work system to a proof of participation can happen", he said.

For QuantumMechanic, the voting system could change. Instead of computing resources, each vote would be weighted by number of Bitcoins that users have. For that, they should use their private keys, proving your participation (hence the name) with amount of Bitcoins proposed.

However, the algorithm was never even considered by developers of Bitcoin. Even so, the 2011 proposal was seen as a model more efficient for cryptocurrency mining. Proof of Participation would be more efficient, wasting less energy and giving equal participation power for network users.

How does PoS mining work?

Like PoW mining, PoS mining works as a kind of lottery. It dispenses with the use of electricity and also the need to have great machines. At PoS, the process does not work through these machines, but through the we from the Web. Thus, the nodes function as validators of the blocks because no there is the figure of the miner.

As with PoW, nodes enter a competition to decide who will mine the next block. This competition is something that varies a lot between each cryptocurrency. This is because the PoS algorithms determine the criteria based on a series of variables. Here are some examples of criteria that are adopted when choosing mining blocks:

Participation via quantity of cryptocurrencies owned

Once this is done, the process of block search and validation. Unlike mining via PoW, the blocks here are not created, but validated or forged. Each network that uses PoS determines what is the minimum quantity of cryptocurrencies needed to participate in mining.

The system is similar to PoW, which also demands equipments specific mining, according to the strength and size of the network. Although there is a minimum amount, a user can choose to leave a larger quantity of cryptocurrencies caught. The greater the amount caught, the greater the chances to find the block.

The moment a user succeeds forge a block, the rest of the network validates to verify that the block is authentic. If it is, the user gets cryptocurrencies back blocked, along with the reward. In PoS mining, this reward is usually the transaction fees of the network, which are added to the main share.

If a user no unable to find the block, their cryptocurrencies are unlocked, but without the prizes. He becomes eligible to try to find the next block. However, if there is any attempt to fraud on the network, the user who is dishonest will lose all the cryptocurrencies you left as a share.

Tickets and proof of participation

You tickets are the names that some networks give to amount of cryptocurrencies that need to be deposited in PoS. This is a way of facilitating the nomenclature of the process. One example is that of Decred, which has so-called tickets. Each ticket is equivalent to about 203 DCRs, about R $ 190 thousand at the current price.

This means that a Decred user must have at least 203 DCR to participate in the PoS process. With that value in hand, he should block this value for a period and try to find the block. If successful, he will get back his 203 DCRs (or any other amount he has invested), most transaction fees as a reward.

PoS mining appeared to, in theory, put an end to the PoW problems. However, it is also not exempt from criticism. One of them is the high concentration that your model provides. As PoS demands currency blocking, critics argue that it benefits the users Richer. After all, the more money, the greater the chances of discovering a block.

Another criticism was exposed by the journalist Paul Vigna in the book The Truth Machine and concerns the safety of the PoS protocol. According to Vigna, PoS does not demand a large consumption of energy and work like PoW. So it would be easier for your miners create new blocks. And that would compromise the security of the networks that use the protocol.

“Without proof of work's electricity consumption costs, attackers in a proof of stake system would simply extract multiple blocks. This would increase their chances of inserting a fraudulent document into the registry.”, Says Vigna. This problem was solved through the Delegated Participation Test (DPoS), which also has criticism from those who are against centralized systems.

Regarding the supposed benefits to those who have more money, PoS networks establish some means of try to mitigate this. These problems are also not free from criticism, but they manage to make networks less concentrated. Some of the proposed solutions are:

In the ticket division, a group of users can come together to make the validation in a way collective. So, instead of one person investing 200 units of a cryptocurrency, one group 20 people can invest 10 coins each, forming the necessary value. As a result, PoS mining becomes more decentralized and accessible.

However, every cryptocurrency has its rules and forms of effectuate the PoS protocol. For this, it is important to consult the white paper of the project and check these details. The document contains the criteria to perform PoS, amount of cryptocurrencies needed, allocation time, etc.

A website where you can track information about PoS networks is the Staking Rewards. He shows information such as the minimum amount for PoS mining in each cryptocurrency, fees paid, what percentage of cryptocurrencies that is allocated in PoS, etc. It is an excellent tool for those who are just starting out and want profit from PoS.

Fraud in the PoS system can also occur. One of the risks is that a validator takes control of more than 51% of the network's cryptocurrencies. With that, he could carry out the so-called majority attack (majority attack) and defraud the blocks. In a way, this attack is similar to 51% attack seen on PoW.

However, PoS mining has its mechanisms for fight fraud. If there is a fraudulent transaction, whoever tried to circumvent the algorithm can lose part or all your invested capital. Another damage is that the validator may lose the right to participate discovering new blocks. The criteria are defined by each network.

In PoS mining, most networks set a minimum amount higher the reward value of the blocks. With that, the reward for a fraud is very low, while the value in risk is very larger. Thus, the validator has less incentives to seek to defraud the system.

Another safety aspect is that PoS mining does not depend on mining pools. As we have seen, this makes the network more decentralized. In addition, PoS has a large efficiency in the use of electric energy, since it eliminates the need for machines with high consumption.

Along with that, new algorithms are being developed every day. This causes the mining process to also evolve in terms of efficiency and safety. It is no wonder that several cryptocurrencies, such as Ether (ETH), are gradually migrating to more efficient forms of mining.

Also read: How to mine Bitcoin? Understand how BTC mining works

Also read: Blockchain: know what it is and how this technology works

Also read: Learn what smart contracts are and how they work