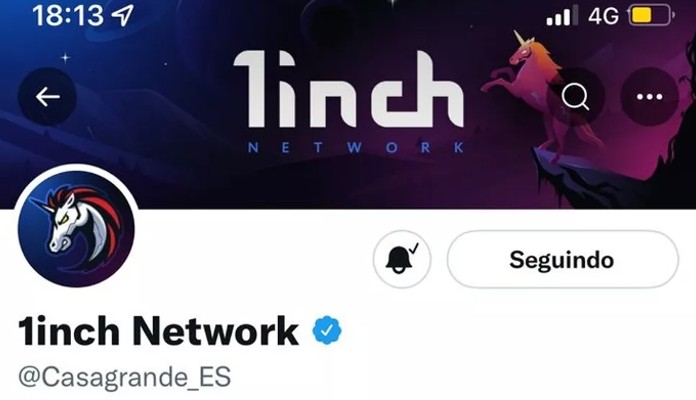 The profile of the governor of Espírito Santo, Renato Casagrande (PSB), was hacked on Thursday afternoon (18) and used to apparently promote a scam that uses cryptocurrencies as a decoy. The social network of the politician, who is a candidate for reelection, has already been resumed and the publications deleted.

The hackers put the logos of 1inch Network, which is a decentralized exchange (DEX) on the cover and profile photo. The profile name was also replaced to 1inch Network (but the username, which is immutable, remained @Casafrande_ES). The company has a token being traded on the cryptocurrency market, 1INCH.

In the period that the account was hijacked, two photos of two events were published, which looked like lectures on DEX. It was not possible to identify which coup was being mounted or what the purpose of the hack was.

See below the profile of the governor and candidate:

In response given to the G1 news portal, the governor’s press office said that “As soon as we realized that the account was hacked, we started the process and regained access”.

The 1inch (1INCH) token, launched by DEX, is quoted at US$0.68 according to the Coingeckop portal and is currently the 111th cryptocurrency with the highest market cap.