Home News President of the Central Bank points to cryptocurrencies and blockchain as the... 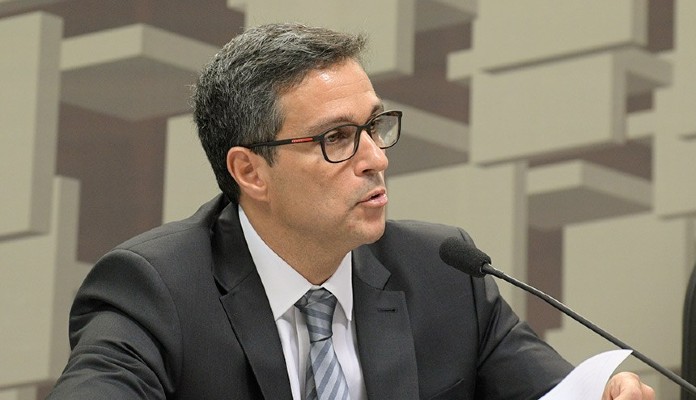 Cryptocurrencies and blockchain technology play a central role in the Central Bank’s strategy for the development of Brazil’s financial market. This was clear in the lecture given by Roberto Campos Neto, president of BC, this Friday (25th) at an event promoted by the Brazilian Federation of Banks (Febraban).

Already in the middle of his presentation, Campos Neto displayed a message on the screen asking: what is the real debate about the future of economies? According to the executive, the answer is the migration to a tokenized economy.

“One always wonders what is happening in the digital world. People are looking for a digital representation of something that has value, putting encryption and trading on a DLT platform,” he said.

In practice, Campos Neto gave the basic description of cryptocurrencies. “Encryption” is the English term to apply encryption to something. DLT stands for distributed edger technology, or distributed ledger system, of which by far the most famous example is the blockchain.

“We think that, despite the recent volatility in the world of cryptocurrencies, this is a trend that is here to stay”, completes the BC president, leaving no room for doubt as to what he is referring to.

Campos Neto also said that Brazil is migrating the banking system to a tokenized economy. “That is, we will see less account systems in banks and more a system of tokens”.

CBDC will play a central role

The president of the Central Bank also highlighted that CBDCs (Central Bank Digital Currency), cryptocurrencies issued by governments, will play a key role in the future of the economy.

“You have Pix on the one hand, which is a rail that financial products navigate on a universal basis. On the other hand, you have open finance, which is for portability and comparability. But this track and this comparability need to be transformed into digital instruments. And the CBDC comes to tokenize the system”, he said.

In Campos Neto’s view, innovation will come through four major blocks: currency modernization, Pix, open finance and the “CBDC, which tokenizes the banking system so that it is possible to navigate not only through accounts, but also through tokens”.

In the end, the BC president said that “Real Digital is a bridge to the DeFi environment. We are bringing the digital world to the banking system. Several other Central Banks are doing the opposite, which in our view is a mistake”.