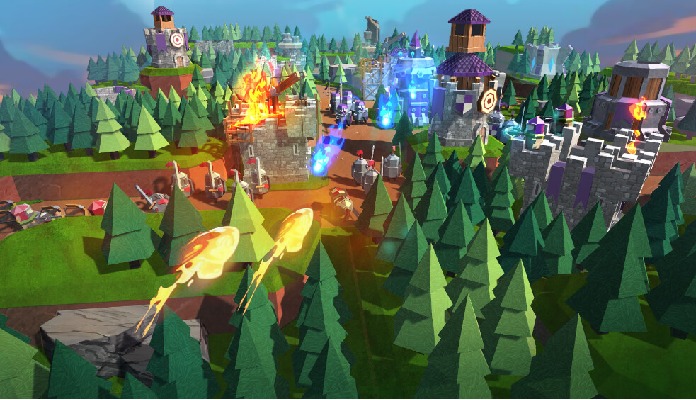 With the growing wave of blockchain games in the play-to-earn mode, that is, ‘play to win’, several platforms are emerging on the tail of the success Axie Infinity, whose token used in the purchase of the NFTs, the AXS, has already valued 100,000% since its listing on Coinmarketcap just over a year ago.

New similar projects are born every day, both created in the Ethereum network and in the Binance Smart Chain and in other decentralized networks. But most can’t even shift into first gear and many are also hits or used to pump and dump.

In this fashion, however, a platform emerges that has gained prominence, at least in the valorization of its cryptocurrency, lately. The GALA, for example, Gala Games’ native token — created on the Ethereum network — has tripled in price in recent days — was 400% appreciated at its highest peak.

But what is Gala Games? Doing a brief search on Youtube is a fact that many people have been playing their modalities for at least six months. According to the company, Gala Games, which was also listed on Coinmarketcap just over a year ago, is a decentralized platform where games can be created in NFT. “The simple game mechanics that even those who are not very familiar with blockchain technology can enjoy”, says an excerpt explained on the website.

About one of the Gala Games-specific NFTs, the site explains: “A CraneBot is a completely separate ERC (Ethereum) token from Gala Games, which does not have the ability to take it off the player. This means that if a player is banned from playing Town Star, they still have any items they bought and don’t have to worry about losing anything.”

According to Gala Games, the first game produced in its ecosystem is called Town Star, whose structure rewards the top 100 players with GALA. But there are already other games created in space.

The project’s goal is also to own at least 50,000 nodes over time, a group that says yes or no to the projects. At the time of the text, there are 16,000 of them, according to the company, which bears the name of the American Eric Schiermeyer, already known in the gaming business.

‘GALA’ is understood as “a non-refundable utility token that will be used as a means of exchange between participants in the Gala Games ecosystem”, says the site, meaning it is not an asset that can be exchanged for cash, but which can be sent and traded on an exchange.

Other numbers shown on the site refer to player growth and NFT sales. According to the platform, there are already 1.3 million users and around 26 thousand NFTs sold, with the highest value traded at US$ 3 million.

To explain a little of the game, let’s take Town Star as an example, which allows you to either play to win or not, just choose one of the modes. It’s a farm simulation where you start with no investment.

In videos on Youtube, the report saw many players say that it is better to practice in the modality without play-to-earn and then go on to competition. Right after creating an account in the game, a map will appear that reveals where each player is in the world. Then choose a location, name it and start the game. Earn rewards in GALA who complete daily tasks.

In play-to-earn mode, the player needs to collect virtual money while building their space and developing it, buying or earning items. He’ll need to start producing fuel so he can drive into town to buy supplies. He can also earn income by selling wood or even a cake.

It’s important to build a place close to rivers, and even more important to be as close to a city as possible so you don’t have to travel too far in search of supplies. To maintain the space, it is necessary to pay the local labor force. A farmer, for example, can charge R$10 per hour of work and a woodcutter R$50. Everything needs to be conquered, grain by grain.

The GALA, the token that powers Gala Games, gained 400% in value in a week before undergoing a major correction. To give you an idea, according to Coinmarketcap data, the market value of GALA a week ago was just over US$ 867 million and now it is US$ 2.5 billion.

At the time of writing, the cryptocurrency has appreciated around 10% in the last 24 hours, trading at an average of US$ 0.43. The accumulated gain since last week is still approximately 300%.

Be careful not to be careful

Games in NFT open up great possibilities for gains, but also for irrecoverable losses, as it is often not known who is behind the decentralized projects. Another point is that many of them are pump and dump schemes or simply created to fool the unwary.

This Monday on Twitter, for example, the CEO of Binance Changpeng Zhao (CZ), when asking “what to list?” on the platform, received a flurry of recommendations, most of them projects linked to decentralized NFT gaming platforms.

Therefore, when choosing a blockchain game it’s important to read up on the project and do research to see if the platform is up, is it resilient, it’s stable, and if the rewards are true.