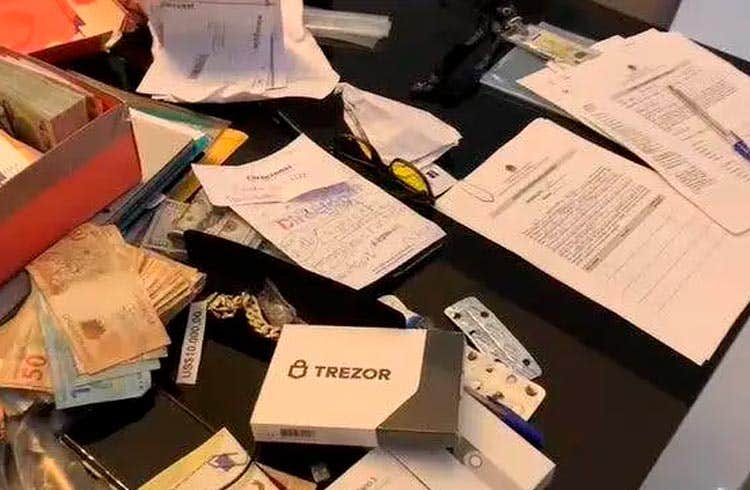 Operation Kryptos, triggered in August by the Federal Police, which culminated in the arrest of Glaidson dos Santos, the “Pharaoh of Bitcoins”, was a warning to the financial pyramid schemes in Cabo Frio (RJ).

However, in addition to this, the operation also drew attention to what the PF called the “new technology” of cryptocurrencies.

According to Jornal O Globo, in the final report of the operation, police authorities recorded that one of the investigated carried “a kind of pen drive full of cryptocurrencies”.

The aforementioned “pen drive” was, in fact, a cold cryptocurrency wallet (or “cold wallet”) that is not exactly new, except for the PF.

More precisely, the device found by the police falls into the category of hardware wallets, or hard wallets. In fact, they are very similar to a USB stick.

According to the PF report, cold wallets can facilitate currency evasion and money laundering. After all, “they pass inspection unscathed”, according to the Globo report.

In its report, the PF stated that “the bearer of a cold wallet is his own mobile financial institution, with a mere electronic data storage device that can contain an unrestricted amount of cryptoactives”.

According reported by CriptoFácil, in the police action against GAS, the PF seized 591 Bitcoins. At the time, the amount was equivalent to approximately R$150 million.

In the images released by the police, it is possible to see several hard wallets of the Trezor brand, one of the main ones on the market.

In general, these wallets are used to hold the coins more securely. Since they are not connected to the internet, they are more secure from hackers.

According to Rafael Steinfeld, a lawyer certified in financial compliance by LEC, who advises companies in the sector, the truth is that cryptoactive companies are treated with “unreasonable prejudice”.

This is because, according to him, it is not so simple to launder money through digital assets. Mainly because the resources invested in crypto are already integrated into the traditional financial system.

Therefore, in theory, these resources have already gone through all the banks’ compliance controls.