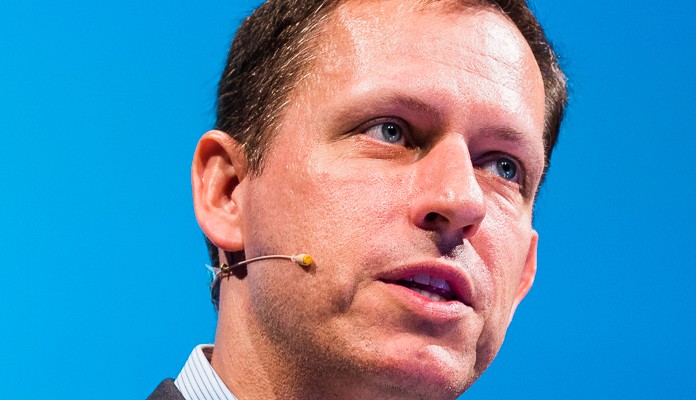 Technology billionaire Peter Thiel, creator of PayPal, said he “didn’t invest enough” in bitcoin during an event in Miami, adding that the rise of cryptocurrencies “indicates to us that we are in a time of complete failure of central banks”.

As bitcoin hit a record high of more than $67,000 recently, Thiel wondered whether it could go even higher. “Bitcoin at $66,000. Go up? Maybe,” he said in attendance at the Lincoln Network non-profit organization’s event.

The executive joked: “You should just buy bitcoin”, adding that he feels he has invested little in the asset. His hesitation to invest comes down to the fact that “everyone already knew about this secret”.

Despite this, he suggested that “the answers” about bitcoin “are still far away” and that “maybe it is still a secret”.

The liberal billionaire argued that cryptocurrencies align with the political philosophy of being “a force for decentralization” while artificial intelligence, “mostly low-tech and in the form of surveillance, is practically communist”.

“The canary in the coal mine”

This wasn’t the first time this week that Thiel gave his opinion on bitcoin.

At an event hosted by the conservative advocacy group Federalist Society, PayPal’s co-founder suggested that the current bullish cycle indicates the weaknesses of the American political system.

Describing bitcoin as “the canary in the coal mine” (which refers to a warning that what comes next could be dangerous or problematic), Thiel argued that “it’s the most honest market we have in the country and tells us that this decrepit regime is about to explode”.

This year, Thiel had declared as a “pro-crypto and pro-bitcoin maximalist” and argued that cryptocurrency “should also be thought, in part, as a financial weapon of China against the US, as it threatens fiat money, but specifically threatens the US dollar.”

At the time, he argued that bitcoin is very likely to act as a functional reserve currency rather than China’s digital yuan, which he dismissed as a “type of totalitarian measurement device.”

“If China were to buy bitcoin, perhaps, from a geopolitical perspective, the US should ask more serious questions about how it works,” he said. Weeks later, China defied the billionaire’s predictions by implementing a widespread crackdown on bitcoin and other cryptocurrencies.