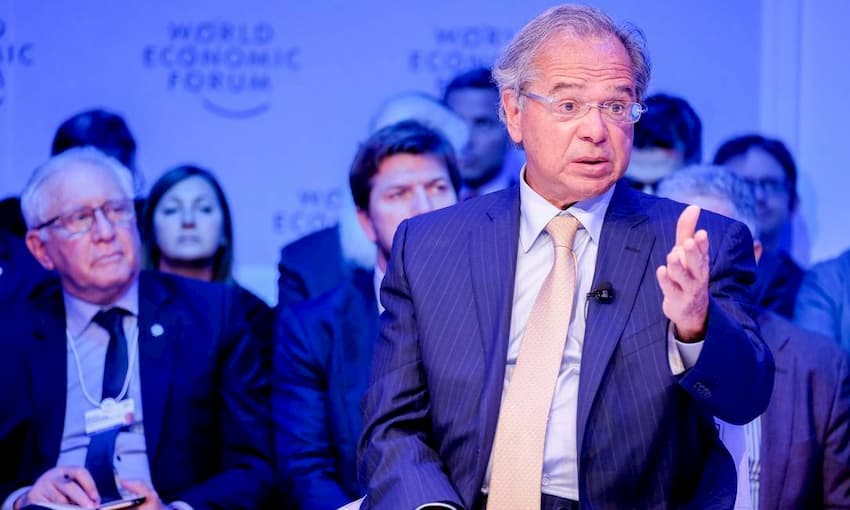 In Davos, at the World Economic Forum, Economy Minister Paulo Guedes participated in a panel to comment on the dominance of the dollar in the world.

Minister Guedes seemed to believe that entities are looking to create a transnational currency again, as was the gold standard.

The digital currency Libra would be a resurgence of that will, and according to Guedes, the next globally accepted money could be private.

"So central banks are scared, so they're running for blockchain, with blockchain and the confidence that these big blocks can provide, so you can keep the role of provider of the most used currency with the government."

With this speech, the Minister of Economy makes it clear that the government must create a digital currency to survive, otherwise it will lose the role of issuing the most used currency.

However, considering the decentralized consensus model that open blockchains offer, it is possible that the government is inevitably losing its monopoly forever.

But what is your opinion on this? Do you also believe that digital currencies will be dominant in the future? Leave your comment below!

Exclusive: Money stolen from BlueBenx ended up in Binance wallet