Home News Opinion: The state grew after the coronavirus. And our freedom? 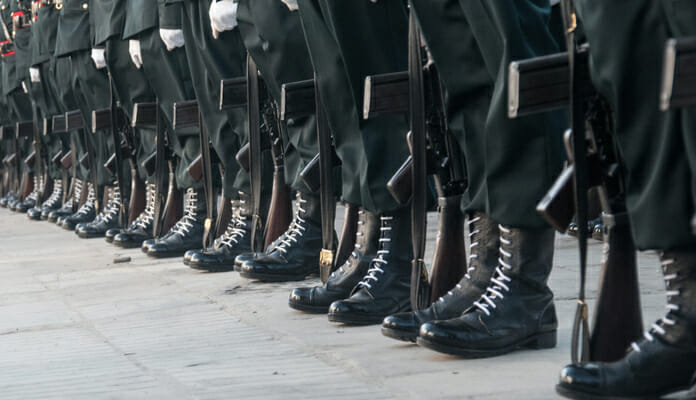 The intention, or at least the speech, is always positive. After all, it is unlikely that the population would accept the government to use cell phone location data without consent. I am not talking about a plausible scenario in the future, on the contrary, it is happening now.

This type of data involving triangulation of cellular antennas or WiFi signal can even be considered non-intrusive. However, it is difficult to know how much your phone and internet provider is opening up information to governments.

In this example above, a retailer in the medical products area had his property invaded by the Secretariat of Finance and the Military Police, which deliberately confiscated products for sale. There was no irregularity of any kind on the part of the entrepreneur.

In this even more curious case, a citizen was beaten by police at the door of his residence after a loud “anonymous report” during the night. The police used the excuse of "crowding" people, as there were three neighbors sitting on the sidewalk.

This line that separates individual freedom and the “greatest good of the nation” is tenuous. After all, who is responsible for deciding which companies and services are fundamental, and therefore must remain open? What is the limit of police action to stop someone walking on the beach?

From another angle, we have the R $ 200 billion package announced by the government, which has special lines of credit for companies. Who will decide the beneficiaries? How to analyze thousands of orders in such a short time?

We have to remember that this “government” money came out of the taxpayers' pocket, regardless of whether there is a debt issue or just a redirection of expenses.

Any kind of monetary expansion by the government reduces the purchasing power of the saver. In this scenario of low real interest rates, where the gain in fixed income hardly exceeds inflation, there is no safe way for citizens to protect themselves.

Thus, the investor's only weapon is to seek more “solid” assets, that is, less inflationary assets. The highlights are real estate, gold, company shares, and currencies from developed countries. The problem with this strategy is to estimate the impact of the crisis on these assets.

For this reason, Bitcoin fits this strategy perfectly. In addition to being mostly quoted in stronger currencies, its inflation is reduced year after year. Although gold has similar characteristics, trading it requires trust in the seller or custodian. Avoid falling for blows, study, question and check, always!

Marcel Pechman served as a trader for 18 years at UBS, Deutsche and Safra. Since May 2017, he has been doing arbitrage and trading in cryptocurrencies, as well as co-founder of the cryptocurrency analysis website RadarBTC.