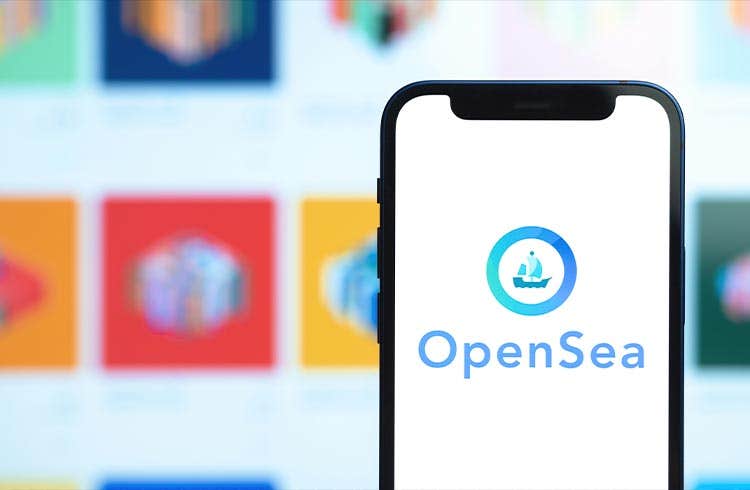 While the cryptocurrency market opened the year in the red, non-fungible tokens (NTF) are in full swing. NFT trading platform Opensea, for example, has already traded a staggering $2 billion in the first few days of 2022.

At the current price, R$ 11.2 billion were traded, according to Dune Analytics data. The average daily trading volume on OpenSea is $260 million.

Since July 2021, the platform’s monthly average has been in the range of $2 billion per month. However, this is the first time that the mark has been reached in just over 10 days.

Although the monthly volume recorded in January already exceeded US$ 2 billion, the all-time record was US$ 3.5 billion in August 2021. If the trading average continues, the platform could exceed US$ 6 billion and, with this, record a new high.

The platform’s numbers grew after the success of another round of investments. In this round of Series C, led by Coatue and Paradigm, the platform raised $300 million, bringing its market cap to $13 billion.

In this way, the exchange records a growth of almost 1,000% in its market cap in less than six months. As of July 2021, OpenSea was worth just $1.5 billion. The new capital will be used to achieve targeted goals, such as investing in the development of the NFT ecosystem.

The collections of famous NFT spurred this growth, especially the Bored Ape Yacht Club (BAYC). As reported by CriptoFácil, the collection surpassed the US$ 1 billion mark in sales on the platform.

Since last year, BAYC has been in the interest of big international stars. For example, NBA star Stephen Curry bought an NFT for 55 ETH (about R$1 million in the current collection). Rapper Eminem went further and paid US$460,000, or R$2.6 million.

With such expressive numbers, OpenSea is already considering going public on the stock exchange. Brian Roberts, the company’s new chief financial officer (CFO) said this would be the logical path for OpenSea in the future. However, part of the community did not accept the CFO’s statement well.

According to them, OpenSea made this decision unilaterally, that is, without consulting its community. Roberts immediately tried to contain tempers, saying his comment was misunderstood.

At the time of writing, there are no concrete plans for OpenSea to go public on the stock exchange.

Also Read: ‘MetaReal’: Physical World Mansion Goes For Sale In The Metaverse For The First Time