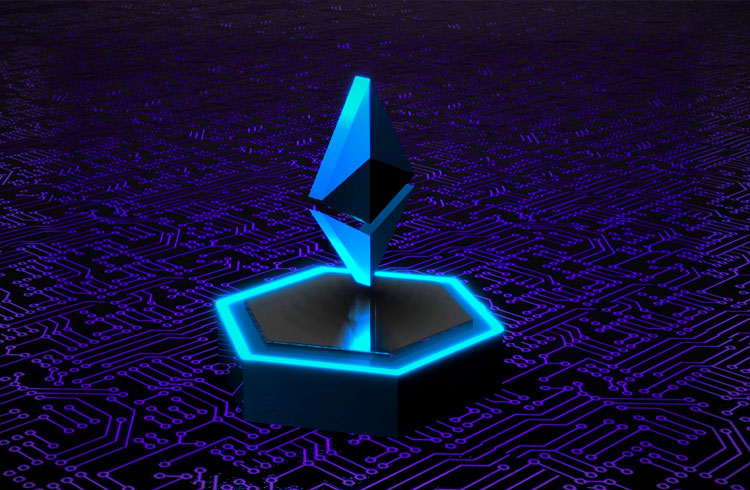 Ethereum Name Services (ENS), or addresses ending in “.eth”, saw strong growth in July. According to data from Dune Analytics, users registered 378,000 of these addresses in the month of July alone.

As a result, the total number of registered ENS surpassed the 1.8 million mark, the highest value in history, breaking the previous record set in June. ENS sales volume on the OpenSea platform grew 99% in July, according to ENS Domains.

In terms of revenue, ENS Domains claims that the new addresses have seen the company reach 5,400 Ether (ETH) in revenue. Considering the current price of the cryptocurrency (BRL 8,727), the total revenue was BRL 47.1 million.

The Merge is behind growth

The surge in ENS registrations comes as the Ethereum community prepares for The Merge, an update scheduled for September. Long-awaited since last year, The Merge will change Ethereum’s consensus algorithm from Proof of Work (PoW) to Proof of Stake (PoS).

Khori Whittaker, CEO of True Names Limited, admits this possibility. But he also points out that much of this increase occurred organically. That is, there was a search for the ENS that is dissociated from The Merge effect.

“There is an extremely active and passionate ecosystem of ENS advocates, and they are independently and organically creating subcommunities and spreading the word about what is possible with ENS domains,” said Whittaker.

Another contributing factor to the increase was the drop in Ethereum fees, which remained below $50 on average. Although the value corresponds to R$ 263 in current values, there was a strong drop in relation to the average of US$ 200 (R$ 1,000 at the current price) recorded in May.

Therefore, Ethereum’s reduced fees means that users who were previously unable to purchase an ENS are able to do so. As a result, the demand for addresses grows and, along with that, so do volumes and prices.

ENS are addresses that manage the issuance and renewal of “.eth” domain names built on Ethereum. In a way, they work like traditional web addresses, only valid for each blockchain.

In this sense, other blockchains also have addresses of the type, such as “.sol” (Solana) and .bitcoin (Bitcoin). Owners of an ENS can link an address to their ETH wallet and use it to receive a transaction, rather than using the traditional wallet address.

These types of domains have also become popular ways to show that someone “belongs” to Web3. And names like famous actor Anthony Hopkins already have their own Ethereum addresses, as do rapper Snoop Dogg and presenter Jimmy Fallon.

Also read: Michael Saylor steps down as CEO of MicroStrategy to focus on Bitcoin projects

Also read: Bitcoin registers fall even with a new high in the dollar. BNB, APE, Enjin Coin and other tokens skyrocket 7%