Home News Nubank will offer cryptocurrency services and will allocate 1% of its cash... 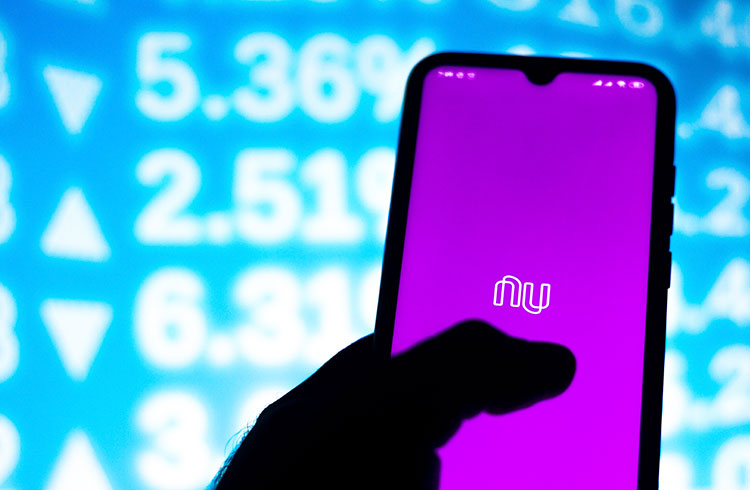 Digital bank Nubank has partnered with blockchain startup Paxos Trust to start offering its customers the service of buying, selling and storing cryptocurrencies.

In addition, the digital bank reported that will allocate approximately 1% of its cash in Bitcoins. According to Nubank, this move reinforces the company’s conviction in the potential of cryptocurrency.

As reported by Bloomberg this Wednesday (11), Nubank’s more than 53 million customers will now be able to initially transact in Bitcoin (BTC) and Ethereum (ETH).

Nubank will offer to buy and sell cryptocurrencies

The information was confirmed by Paxos executive Michael Coscetta. According to him, the cryptocurrency-focused startup has seen demand for digital assets in Brazil increase.

In this way, the partnership with Nubank – a digital bank supported by the company Berkshire Hathaway, owned by mega-investor Warren Buffett – is a way to meet this demand.

In addition, Coscetta highlighted that the collaboration will create more financial inclusion for Nubank customers who will have access to more payment methods.

“You will see a lot more desire to participate, not just in Brazil, but throughout Latin America,” Coscetta said in an interview.

Brazil and Latin America have been the focus of many large cryptocurrency companies. Exchange Coinbase, for example, plans to access the Brazilian market. For this, it intended to acquire the Brazilian exchange Mercado Bitcoin. However, the deal did not materialize.

Likewise, Binance – the most used crypto platform in Brazil to trade Bitcoin – has informed that it intends to open an office in the country. The platform wants to further expand its business in the country.

Even more recently, as reported by CriptoFácil, the Spanish cryptocurrency trading company Bit2Me, announced its arrival in Brazil. Meanwhile, Dubai-based platform Bybit announced the expansion of its business in the country.

The announcements came shortly after the Federal Senate passed the law that regulates the cryptocurrency market in Brazil.

These initiatives show that, in fact, the Brazilian market is of great interest to crypto companies.

As highlighted by Coscetta, in addition to Brazil, there is also interest in Latin America to increase access to digital dollars. According to him, Paxos wants to make its stablecoin pegged to the Pax Dollar (USDP) available on the Nubank platform.

In addition to the recent partnership with Nubank, Paxos is also a partner of Mercado Pago, a fintech of the e-commerce Mercado Livre.

In March of this year, Mercado Pago informed which reached the mark of 1 million active users in cryptocurrency operations.

The result was achieved two months after the launch of the cryptocurrency purchase, sale and custody service in Brazil.

Thanks to the partnership with Paxos, Mercado Pago allows the purchase of Bitcoin, Ethereum and the USDP stablecoin. It is possible to purchase cryptocurrencies from R$ 1 through the application.

Also Read: Has Crypto Winter Arrived With Luna and UST Collapse? understand what to do