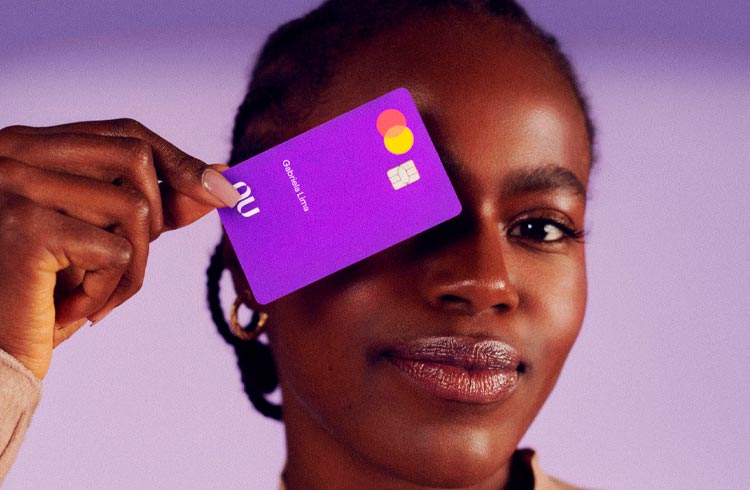 Nubank revealed this Tuesday (6) the characteristics of its new credit card, the Ultraviolet. The product will be compatible with Apple Pay, the iPhone approach payment system, and will have an instant cashback of 1% that will yield 200% of the CDI.

As highlighted by fintech, the idea is that the card is a premium alternative for users millennials. The Mastercard brand product will be made of metal and will only have the user's name registered.

The card number will only be available for consultation through the digital bank application. The novelty is a way to prevent card data from being copied for scams and frauds.

Nubank ultraviolet card will give 1% cashback

According to Nubank, 1% immediate cashback will be given on all purchases paid with the new card.

As mentioned, this money that the customer will receive back will automatically yield 200% of the CDI. However, this percentage is initial and may be changed at any time, according to fintech.

In addition to the different design, cashback and integration with Apple Pay, the card has benefits such as travel insurance and access to airport lounges.

The card will be free for customers who have an average monthly expense of R$5,000 on their credit card or investments from R$150,000 on Nubank or Easynvest.

For other users, a monthly fee of R$49 will be charged, which will be automatically deducted from the card bill.

In all cases, the card will display, under ultraviolet light, a secret message for each user — there will be seven sentences in all.

The first cards will begin to be distributed as early as this week to selected users. As the product will be made outside Brazil, as it is made of metal, it is likely that production will be limited this year.

As Nubank founder Cristina Junqueira informed, the card's integration with the Apple Pay platform was a matter of priority. After all, the big banks in Brazil already offer the resource as well as some competing startups:

“We focused on other things, like getting into Mexico and Colombia, and that ended up competing with Apple Pay. For the ultraviolet audience, we have a higher iOS (iPhone operating system) penetration and it ends up being more representative. So, it made sense to prioritize.”

However, Junqueira highlighted that Apple Pay will not be exclusive to the ultraviolet card. In other words, the resource can be used by all 40 million Nubank customers in Brazil.

In February this year, the digital bank launched integration with the digital wallet of Google, Apple's main competitor.

The product launch event was attended by Anitta, who recently joined the board of the digital bank.

Also read: Ethereum, SNX and ZIL can jump up to 30% in the short term; understand how