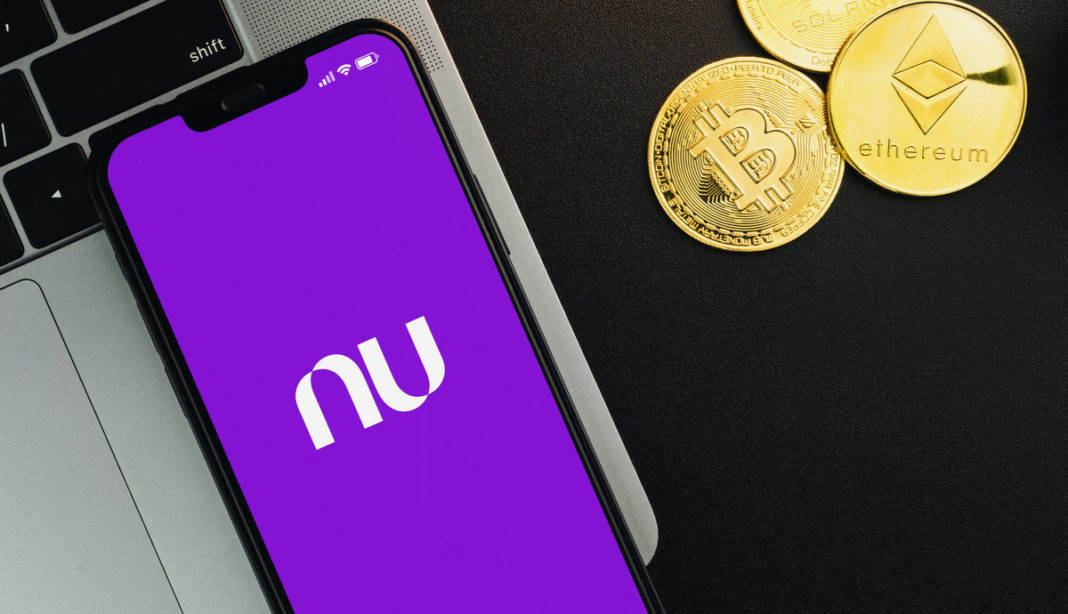 In early May, Nubank announced its entry into the cryptocurrency market, stating that all customers will be able to buy Bitcoin (BTC) and Ethereum (ETH) directly from the app from the end of June.

At the time of the announcement, the digital bank announced that it had allocated 1% of the cash of Nu Holdings – the company that controls the Nubank Group – in bitcoin.

However, sought after by Bitcoin Portalthe company did not answer the value of this percentage, nor how many tokens it acquired from the cryptocurrency, or even when this purchase took place and through which intermediary.

Experts estimate that the amount invested in bitcoin by Nubank is around BRL 140 million, since this amount represents 1% of the BRL 14 billion (US$ 2.9 billion) that the bank reported. have in cash until March 31 of this year in its results for the first quarter of 2022, released last Monday (16) by Nu Holdings.

The group’s balance sheet was analyzed at the request of the report by Gustavo Inácio de Moraes, professor of economics at PUC-RS, and by Matheus Moura, head of economics at Take4Games.

wanted by Bitcoin Portal just in the week that the purchase was announced, the bank’s staff also did not provide details about the purchase claiming to be in pre-quarter balance sheet silence. When the data was released last week, the bank was again contacted and, once again, did not respond to questions, claiming that it could not confirm “any information other than that available and detailed in the public balance sheet”.

More details are expected to be released in the next quarter’s financial statement, which should be published in August.

Publicly traded companies — and which, therefore, are obliged to inform investors about how they manage their cash — that have invested in bitcoin in recent times, such as Elon Musk’s Tesla, include the purchase of bitcoin in their quarterly balance sheets. .

Other companies, such as MicroStrategy, are even more transparent, and disclose every bitcoin purchase made, how many coins were purchased, over what period, and at what average price.

Nubank’s entry into the sector tends to be positive, as it will expose bitcoin to an audience of 59.6 million customers, in the same way that the offer of cryptocurrencies through Mercado Pago was a gateway for those who had never traded. with this class of digital assets.

Since Mercado Pago launched the service in December, about a million Brazilians have purchased cryptocurrencies through the app in just two months.

Nubank’s offer of bitcoin also reflects the growth in demand for crypto products in the country.

“We have seen significant volume interest from our clients in recent months in investing in cryptocurrencies,” Nubank CEO David Vélez said during the quarterly earnings call.

“This will be a state-of-the-art retail cryptocurrency trading platform. Like our other products, Nu Cripto was created to eliminate the complexity of the market and make it accessible to anyone who wants to be part of it, even if they start with just one real as an investment”, concluded Vélez.

The Bitcoin trading circuit by Nubank and Mercado Pago, however, is not complete. The main criticism of the crypto community is that once the cryptocurrencies are purchased on these platforms, the user cannot send them to an external wallet to do their own custody or trade it on exchanges. Withdrawal is only allowed in the form of real.

In the same way that Nubank is not very transparent about the purchase of bitcoin with the company’s cash, there is also a lack of explanations about the custody of customers’ cryptocurrencies.

The only information given by the bank in this regard is that the sale and custody service will be facilitated by Paxos, a crypto company based in New York (USA). Mercado Pago also uses the infrastructure provided by Paxos and similarly does not allow cryptocurrency withdrawals.

When Mercado Pago started selling bitcoin last year, executives at the group said it was “a matter of time” before withdrawals to external wallets would be allowed. Five months later, the function is still not available.

Nubank also stressed that withdrawals will not be allowed in this “first version” of the service, which signals that the option may be opened in the future.