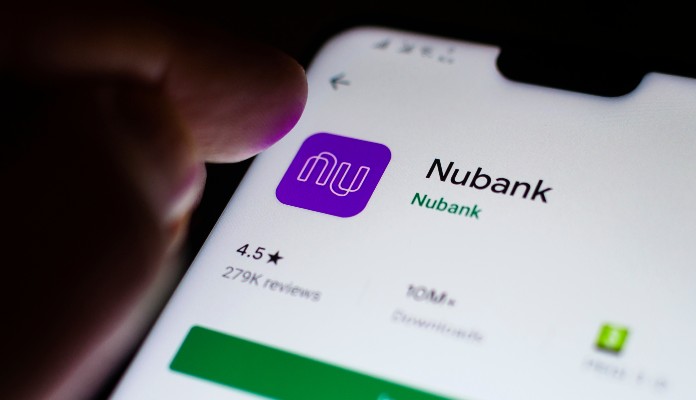 Nubank announced that more than 1.8 million customers made at least one purchase of cryptocurrencies through the bank’s app. The information was released through a press release on Monday (26). Since the end of July, all of the company’s users have the option to transact crypto on the platform.

According to the statement, Nubank as a whole has already reached the mark of 70 million customers in Latin America, with 66.4 million users in the Brazilian operation, more than 3.2 million in Mexico and more than 400 thousand in Colombia.

The company claims to be the fifth largest financial institution in Brazil in terms of number of clients and that it has a team of more than 7,000 people in six offices, located in the countries where it operates, in addition to the United States, Germany and Argentina, where it has hubs of technology and talent.

In May of this Nubank announced that it would start allowing the purchase and sale of cryptocurrencies on its platform. Shortly after the announcement, the team of the largest digital bank in Brazil said in response to the Bitcoin Portal that the withdrawal of cryptocurrencies sold on the platform will not be available.

“In this first version of the Nubank experience for cryptocurrencies, it will not be possible to transfer digital assets to other platforms. The customer, however, will be able to withdraw in reais at the quote in real time and transfer from the Nubank digital account to the platform of their choice”, says the note sent by email.

At the end of May, Portal do Bitcoijn published a report that showed that, according to the then last balance sheet, Nubank used BRL 140 million to buy between 780 and 990 bitcoins. Earlier this month, when announcing that it would start selling cryptocurrencies, the company also stated that it had used 1% of its cash to invest in the assets — in line with what Tesla has done in the past.

Investment numbers vary, because it is not known what the average price the fintech paid for each crypto asset was – the price of bitcoin has ranged from $30,000 to $38,000 in recent weeks. Unlike what happens with companies like Microstrategy, which inform the market about the average acquisition price and the period, the case of Nubank is still unclear.

At the same time, David Vélez, CEO and co-founder of Nubank, showed a positive view on investments in bitcoin (BTC), during an interview with the Bloomberg Línea portal. He stated that he believes cryptocurrency is a good long-term investment – ​​even with BTC being one of the most volatile assets within the institution’s portfolio.

When asked about the risks in the recent investment in bitcoin made through Nu Holding’s cash – 1% of the equity until then, in a process seen as not very transparent –, Vélez said that the bet is on the future rise of the cryptocurrency: “Yes, has more volatility than the other 99% of our cash. But in the long run, we really believe it’s a good investment.”

At the end of June, the crypto buying and selling tool in the Nubank app started to be released and the Bitcoin Portaldid a step by step on how to use the platform.

Looking for a secure broker that doesn’t freeze your withdrawals? At Bitcoin Market, you have security and control over your assets. Do like our 3.8 million customers and open your account now!