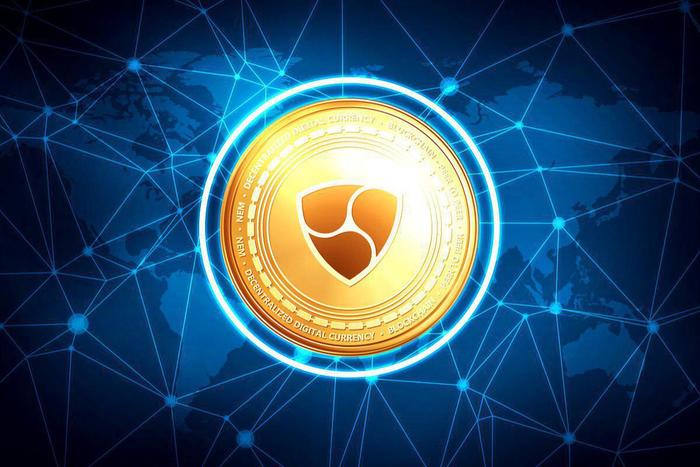 Second strongest appreciation of the last 7 days, the NEM Crypto project seems to be on the rise again after a previous week in the red. So, is this a sign of investors returning or should we see it as a correction from last week's bearish movement?

What is the NEM Project?

NEM is an acronym for New Economic Movement. This is a blockchain project that has been around since 2015. Unlike many crypto projects, NEM was not built on an existing system or blockchain. The project was entirely built by the foundation as well as the NEM community.

Quickly, the project proved to be a direct competitor to Ethereum. By proving in particular that a cryptocurrency can be much more than a simple means of payment. Today, the NEM project is also known for its Smart Asset System. A system that allows users of the platform to create new tokens or to set up a personalized blockchain infrastructure.

If Bitcoin and Ethereum operate under mechanisms like Proof of Work (PoW) or Proof of Stake (PoS), the consensus of the NEM network is different. We will talk about “Proof of Importance“. A protocol that puts at the heart of the reward system, the people who actually use the network.

The “SymbolNEM also aims to facilitate the transition of personal projects from a private to a corporate setting. Companies can then choose to develop an interface with the NEM blockchain but also with other public blockchains. A system that makes token transfers and data sharing between smart-contracts possible and easier. All while taking advantage of Symbol's functionality, a blockchain capable of limiting the flow of confidential information.

Focus on the XEM Token

The XEM token is the governance token of the NEM project. Present on the markets since 2015, the asset price has remained extremely low for almost 2 years. Before experiencing a first bullish phase straddling April and May 2017. At the beginning of June, 1 XEM then trades for more than 0.20 USD on the various exchanges. After various bullish and bearish phases throughout the year, XEM will explode with the entire crypto market in December 2017. In the space of a month, the token will see its price drop from 0.20 USD. over $ 2. An ATH registered on January 4, 2018.

As with so many crypto projects, if the bullish phase has been exponential, the correction will be extremely violent. As of January 28, the price drops back below the dollar mark. On March 30, the token returned to its pre-flight price: around $ 0.20. At the end of August, a XEM is already worth only $ 0.10. Then begins a very long crossing of the desert which will see the project oscillate between 0.10 and 0.05 USD until August 2020.

In February 2021, as the price of Bitcoin pulls the wider market with it, XEM also starts to rise sharply. At the peak of the peak, a XEM then trades for $ 0.85. Before going down again. Today a token is listed for $ 0.14.

The following chart shows the price of XEM over the last month.

Price fluctuations range from single ($ 0.08) to double ($ 0.16). Today we're pretty much on the high end of the 30-day average. Trading volume has increased significantly in recent days, as evidenced by the chart below the curve.

Good to know : All of the 9 billion tokens provided for by the protocol are in circulation. In terms of market cap, the Nem project is valued at more than $ 1.2 billion. Making this project the 38th largest in terms of capitalization.

Should We Invest in the Project?

First and foremost, this part is not intended to constitute an investment incentive; if we stick to the trend since the start of the year, it seems rather bearish on a medium approach. term. As the graph below shows:

In terms of the project, Nem seems to rely on a solid desire to offer and innovate over time. This is an extremely important axis before judging the suitability of a crypto investment.

In addition, the forecasts of some platforms appear to be optimistic. To start with WalletInvestor which estimates that the price of the asset could flirt with the $ 0.30 within 12 months. In 5 years, the model even foresees a token around 1 USD. Same story for DigitalCoinPrice who estimates that the token could return to the $ 0.20 mark for a long time by the end of the year.