Home News More than $ 1 billion in Bitcoin traded in Venezuela 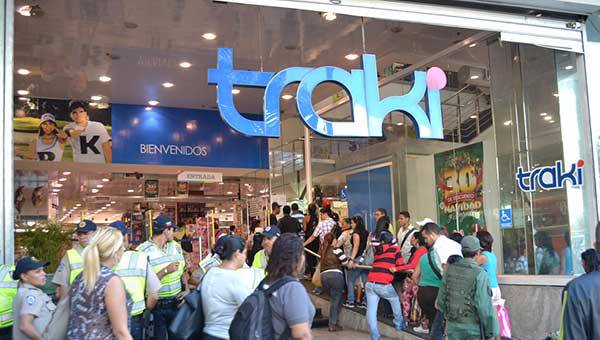 Crypto is becoming popular in Venezuela, where one of its largest malls, with about 49 stores, Traki, accepts Bitcoin, ETH and Petro, the government-issued cryptocurrency.

They have already processed 1,000 cryptocurrency transactions last summer, while Venezuelans traded about 43,000 bitcoins in 2019 through LocalBitcoins alone.

Last year opened strong for Bitcoin in the country hit by hyperinflation, where about 2,500 bitcoin (R $ 69 million) were traded per week on this exchange alone.

It then declined slightly to 600 bitcoins (R $ 16.2 million) a week, in part because the site instituted a very strict AML / KYC regime that caused its volumes to drop worldwide.

The government is launching crypto services

They launched, for example, Patria Remittances for remittances to which you can send Bitcoin or other cryptos that "will be available in Sovereign Bolivars in the National Wallet."

They are also performing a Petro airdrop where, after signing up for the Petro app, completing KYC and the like, they will receive a free $ 15 Petro tokens for a fixed amount of $ 15.

These tokens are backed by Venezuelan resources such as oil and run on the NEM blockchain. All while your economy is in deep depression.

They haven't even reported GDP anymore since 2014. Also, their hiring statistics have stopped for a year.

The economic situation is dire and very prolonged, and it is not clear how exactly they plan to get out of it.

Petro is obviously an attempt to do so, but its execution leaves much to be desired.

However, both cryptos in general and Petro apparently are providing some avenue for trade under these tragic circumstances for a once very rich country.