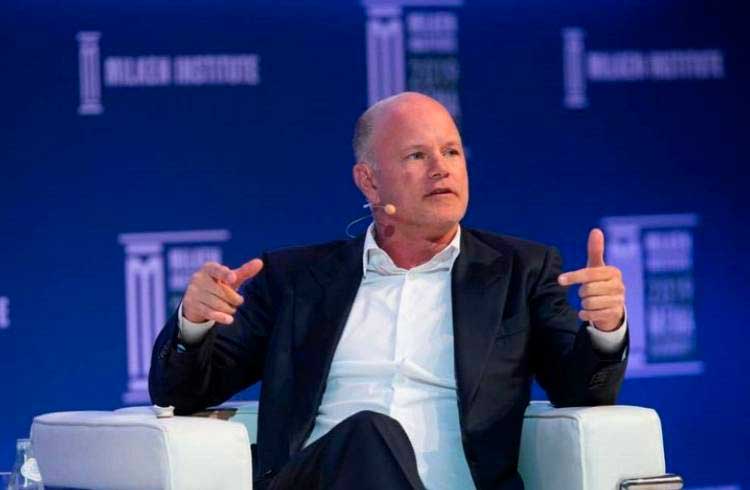 During the recording of the podcast Off The Chain that aired on March 16, presenter Anthony Pompliano made a Live broadcast with Mike Novogratz, founder of the company Galaxy Digital and a prominent supporter of Bitcoin.

Novogratz said the current crisis with Coronavirus delays the Bitcoin adoption narrative by 12 to 18 months. The impacts of chaos on the market, as well as the actions taken by the United States Treasury (Fed) were also discussed between Pompliano and Novogratz.

According to Novogratz, every asset that people have been holding for a long time starts to be sold in a crisis like the current one, that's why the abrupt falls. However, he says that after the Coronavirus pandemic has ended, financial markets will return strong.

The founder of Galaxy Digital also claims that after the Fed printed billions of dollars in the United States and cut interest rates, cryptocurrencies will be an even more attractive alternative to fiat currencies. Anyway, he argues that the economy will return in the short term is the tax incentive brought about by the interest rate cut.

Novogratz also expresses a social concern about the quarantine period, since the stoppage harms workers such as bartenders and waiters, who earn per night worked. Regarding these labor classes, he laments:

"I'm not even talking about not being able to pay the rent, maybe they won't be able to buy what to eat."

He even gives advice to cryptocurrency investors:

“If I were an investor in the market, I would not do leveraged operations for now. (…) About cryptocurrencies, I think it is not yet time to buy. There are easier and cheaper options on the stock market today, it is better to wait and buy cryptocurrencies at a slightly higher discount. ”

Novogratz also points to another reason behind the fall of Bitcoin:

“I have always argued that storing Bitcoin is a matter of trust, and we are in the midst of the biggest kick in the stomach for trust in recent years. Trust in institutions and assets is faltering, and so is Bitcoin. It is shaking our ability to understand things. I hope that Bitcoin settlements are nearing the end, with leverage being squeezed out of the fast market. ”

He concludes by stating that he will continue to guard Bitcoin:

“Now, more than ever, I am a HODLer. It's not like the industry leaves with this, as I said, it will be delayed by 12 to 18 months in terms of people wanting to deposit money in the crypto, but I trust Bitcoin in the long run. The technological transition will not change. ”

Also read: Vitalik Buterin may have contracted Coronavirus at conference on Ethereum