Home News Michael Saylor says BTC will reach $69,000 in the next few years 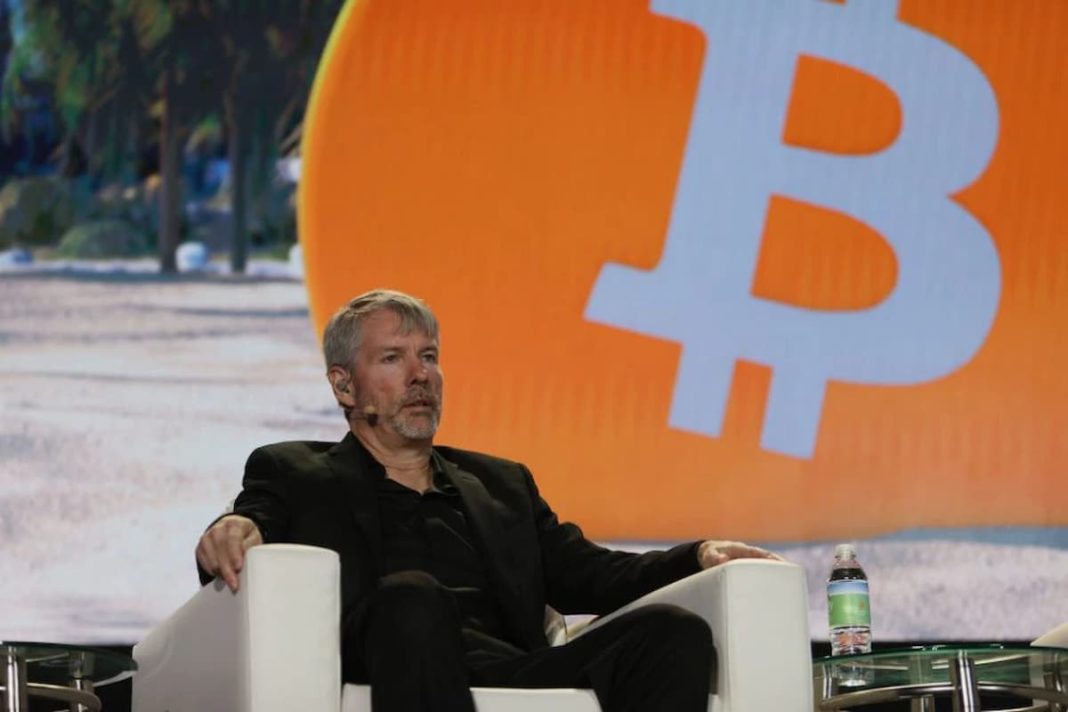 Michael Saylor suggests that BTC could reach $500k in the next decade if it matches the market capitalization of gold.

MicroStrategy co-founder and president Michael Saylor predicted that the price of bitcoin will reach its all-time high in November 2021, approximately $69,000, “sometime within the next four years.”

Over time, the 57-year-old has presented himself as an outspoken supporter of the leading cryptocurrency, and his company is the largest corporate holder of BTC.

Earlier this week, the company amassed an additional 301 coins, rounding the total to 130,000 BTC.

Big leap for BTC in the coming years

The exec seems unfazed by the ongoing crypto winter as, despite the market crash this year, he still believes bitcoin will reach its all-time high again.

During his latest interview, he went further, predicting that the top digital asset could trade at $500,000 within the next decade if it matches the market capitalization of gold.

According to him, “the next logical step for bitcoin is to replace gold as a valuable asset.”

Despite the current significant difference between the market capitalization of the two assets (gold is around $11 trillion, while bitcoin is roughly $365 billion), Saylor often favors cryptocurrency.

Last year, he outlined the merits of BTC and claimed that it is 50 times better than the precious metal. In recent months, he has reaffirmed that stance, saying the asset is “obviously better than gold and everything gold wants to be.”

Instead of Bitcoin going to zero, as some might predict given the recent price drop, Saylor predicted that the coin would skyrocket up to $1 million in the next few years.

A few days ago, the company interacted with bitcoin again, spending $6 million to buy 301 coins at an average price of $19,851 per asset.

However, due to the market collapse, MicroStrategy is currently experiencing a massive unrealized loss on its investment. Over the years the company has spent around $4 billion to accumulate the asset, this amount is now worth approximately $2.5 billion.

The company’s shares have also been on a downward trend in recent months. Last November, when the crypto market was at its peak and bitcoin was trading at nearly $70,000, shares of MSTR were worth over $800, while they are now below $200, a 75% decline.